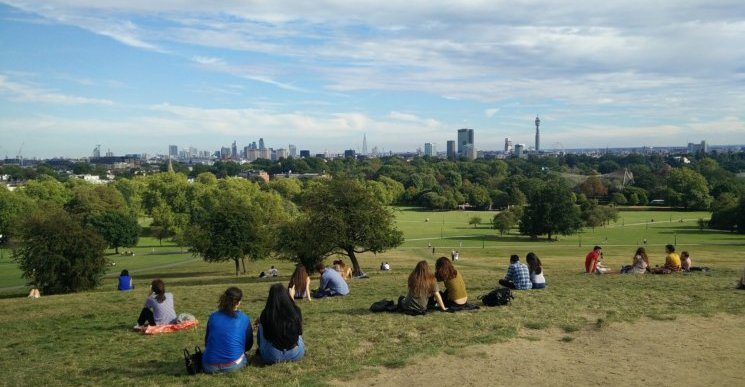 There are more than 3 million EU citizens living in the UK, many of whom have lived here for decades or were born here but are not British citizens.

Their future in the UK has been the subject of much uncertainty and anxiety since last June’s referendum. Over 2 million of them are working but, as the law is currently interpreted, it will usually be only those who can show a consistent work record for a consecutive five-year period who can be confident of qualifying for permanent residence.

Even so, the administrative hurdles are onerous and refusal rates of applications for permanent residence are now reported to be 28%. But this group is only the most straightforward category. EU law has generated a diversity of legal statuses, including for non-EU citizens, the complexity of which has not been fully acknowledged.

Many individuals will never qualify for permanent residence in EU law, but their long-term position in the UK will have to be determined as it will often be impossible practically and legally to remove them. The administrative scale of the task is also overwhelming. It has been estimated that, at the current rate of decision-making, applications for permanent residence alone could take up to 140 years to process.

Not much is known about the position of these EU citizens as members of families and communities.  An estimated 64% of EU citizens have been in the UK for more than five years. Most of them, and many of the more recent arrivals, are embedded in families as partners, parents, children, siblings and grandparents and in communities as well as in the economy.

They may have family members who are British citizens and are fully integrated with their families in British life and the education system.

As yet, the demographic characteristics of those involved have not been mapped in detail, and media representations have not given an accurate representation of the diverse range of British, EU and non-EU family members likely to be affected if rights are curtailed after Brexit.

There is a complex range of possible familial configurations. Individuals may move as students or workers (high and low skilled), as self-employed or as self-sufficient citizens e.g. for retirement. They may come to join family members, or to give or receive care or they may form relationships and form families after arrival.

The national and ethnic profile of incoming EU citizens will be equally diverse. Family relationships may be with British citizens, with other EU or with non-EU citizens. EU citizens may have been born within the EU or be naturalised citizens born outside Europe, including refugees.

The estimated one million British citizens living as long-term residents in the EU must also be considered. Again we do not know their family arrangements, whether they are in households with EU or non-EU citizens, and the numbers of partners, children, elderly parents and other relatives.

Some may wish to return to the UK in the future with their families to be with parents in need of care, for work, or to give their children direct contact with British culture or education but may find themselves unable to do so if they are subject to stringent British immigration laws. The UK’s family migration regime is acknowledged to be the most restrictive in the developed world.

Currently the spouses and partners of those moving under EU law do not have to meet the controversial minimum income requirement of £18,600 per annum that affects British sponsors of non-EU citizens and has led to many families and children being forced to live separately, either temporarily or for long periods.

They also benefit from more accommodating provision for the admission of dependent parents, which is now all but impossible in British law, and children up to 21 (compared to 18 in British law) or beyond if there is dependency. All of these rules may change after Brexit, forcing families to plan now on the basis of huge uncertainty.

Media reports have shed some light on the fears and potential problems facing affected families. A typical case is that of a Spanish UK resident married to a British citizen, whose broken work record after childbirth and her failure to pay comprehensive sickness insurance whilst not working means that she does not qualify for permanent residence. Some families have already decided to settle elsewhere in the EU to protect the integrity of their family life.

For more than four decades, families have been established, have relocated, made decisions as to work, care and education on the basis that they can do so across the EU with few barriers. Ending that freedom will cause not just likely administrative chaos but incalculable anguish and difficulty at the personal level for large numbers of mixed couples and their family members.

There are likely to be economic impacts also as families, particularly those who have options elsewhere, take pre-emptive action to secure their position.