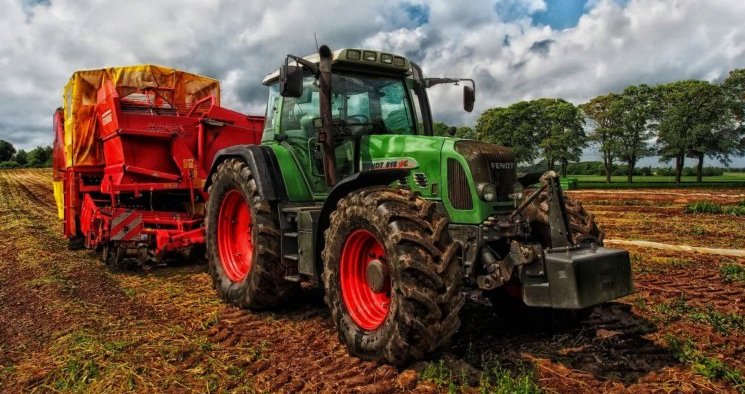 The clock has very nearly run down. Yet UK citizens and businesses still face major uncertainty about our departure from the EU.

Despite two years of deliberations, certain red lines remain irreconcilable and our politicians find themselves going round in circles whilst simultaneously edging closer to the supposed cliff drop of no deal.

Entertaining as it may be to watch pantomimes, this particular one is running low on laughs and has surely dragged on long enough.

As news leaks about contingency arrangements involving military planners and contemplation of radical reforms to standards and taxation, businesses and citizens could be forgiven for wondering how we got to this position and what exactly was voted for in June 2016.

And whilst most eyes are on 29 March, firms importing from or exporting to distant countries by sea are effectively already exposed to whatever form Brexit takes: by the time shipments reach their destination we will have left (unless an extension to Article 50 is asked for and granted, or indeed simply revoked or suspended).

Meanwhile, despite previous assurances that the UK’s rolling-over of trade deals held through the EU with third-countries would be easy, apparently very few agreements have been reached.

Trading partners such as Japan, for example, are waiting to see what deal (if any) will UK negotiate with EU, and/or suggesting the need for a revised relationship to reflect the smaller market size of the UK.

For agriculture and the agri-food supply chains, the continuing uncertainty is causing considerable unease since crops have already been sown and livestock mated some time ago. The question now is what market conditions will they face when offered for sale?

Analytical evidence from various academic studies has, for some time, shown the differential impact of different trading arrangements on UK farming.

A free trade agreement with the EU that closely mirrors the current situation will cause limited disruption.

The last time that UK sheepmeat exports were curtailed was during the 2001 outbreak of foot and mouth disease, which led to welfare culls of lambs with no market value but impossible to keep on the farm.

Contingency planning for a repeat of such culls has apparently been contemplated. On the other hand, economic analysis also suggests that leaving on 29 March with no deal would put pressure on the pound.

While the extent to which this possibility has been priced into the foreign exchange market is not clear, a significant depreciation would increase import prices and make our exports more competitive than otherwise, offsetting the effects of the tariffs, at least to some extent.

Additionally, a reversion to WTO rules with EU-level tariffs would lead to a significant increase in some food prices which would particularly affect those with least disposable income.

Alternatively, trading on WTO terms could mean unilaterally dropping our import tariffs to zero, leading to steep farmgate price falls for all sectors.

The National Farmers Union has apparently received no written assurances that the UK government is not contemplating this approach, which is backed by some politicians and commentators as a ‘cheap food policy’ to benefit consumers.

Indeed, lower (or no) tariffs could leave food prices unchanged or lower, so benefiting consumers, at least in the short term. However, such an approach would raise UK consumers’ concerns regarding food standards of the imported products.

It is also not clear how unilaterally removing import tariffs is supposed to help with future negotiations with other trading partners when the same politicians and commentators typically espouse the need to ‘play hard’ and concede nothing in advance when negotiating with EU.

Separately, the suggestion that the current Protected Geographical Status of certain farm and food products within the UK will be replaced by a scheme focusing on ‘Brand GB’ has not been well received by, for example, producers of ‘Welsh Lamb’ or ‘Scotch Beef’, which attract a price premium and have been developed over a number of years by their respective levy boards and local supply-chains.

Similarly, continued delays to the development of the Livestock Improvement System in England are causing some concerns in devolved administrations around portrayal of UK-wide livestock traceability to potential trading partners.

Assurances of continued funding for farming, both short-term (as an extension of existing payments under the Common Agricultural Policy) and long-term under Michael Gove’s vision of ‘public-money-for public-goods’ remain in place (at least in England), but are perhaps less than rock solid given forecasts elsewhere for squeezed budgetary resources in the event of a no deal Brexit.

That is, if government revenues fall, discretionary spending on agriculture may not be a priority, particularly if a cheap food policy has been ushered in.

All of which serves only to illustrate that the immediate future may well be uncomfortable for many UK farmers, but also that policy debates to date have focused too little attention on how inevitable transitions (transformations?) are to be achieved.

It is all well and good for ministers and officials to present a vision of a competitive agricultural sector efficiently delivering both food and wider ecosystem services, but there has been insufficient attention paid to the mechanisms by which resource reallocation (a euphemism for land, labour and capital moving out of agriculture and between firms, but with real implications for jobs, people, communities and landscapes) will occur, and/or the institutional structures that will manage such changes.

And while a busy government dealing with Brexit may have missed the importance of resource (re)allocation, the industry did not.

Fresh off the press is a letter to Michael Gove signed by 32 representatives expressing the industry’s ‘deep concern’ over the resources it has to divert ‘to mitigate the catastrophic impact of a no-deal Brexit’.

Farming and farming households exhibit considerable resilience, regularly coping with pressure for change exerted by markets, policies and the natural environment. Unless a way round the current impasse at Westminster can be found, farming’s resilience will be severely tested again very soon.

By Carmen Hubbard, Andrew Moxey and David Harvey, part of the UK in a Changing Europe’s Brexit research team.