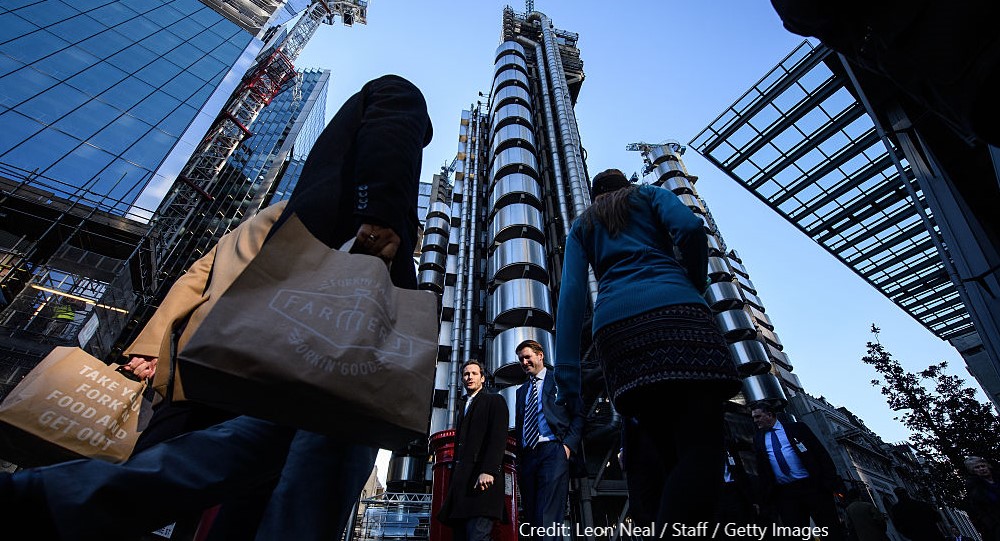 It is clear that the referendum result came as shock to the City. When it came to Brexit, financial services had largely, but not unanimously, backed remain.

As a result, it took time to understand what the implications and policy responses of Brexit would be. The issue that came to dominate the next five years was if, and how, UK financial services would continue to access the EU’s Single Market once the UK left.

This is not surprising given that whilst the UK was a member state, 40% of UK financial services exports were to the EU. These exports relied on passporting rights to service EU clients from their UK base without additional regulatory clearances.

Continuing to access the Single Market through passporting after Brexit was not compatible with Theresa May’s 2018 Chequers proposal, in which she underlined the importance of ending free movement through Brexit.

The EU has been clear ever since that there would be no Single Market access, or special treatment for financial services, without free movement.

In the absence of passporting, UK financial services faced the prospect of relying on ‘equivalence’ decisions to access the Single Market. However, equivalence is not a like-for-like replacement, covering a limited range of financial services activity and not offering permanent market access.

In response, many in the sector, as well as in the Treasury, spent much of the Brexit trade negotiations exploring whether the UK financial services firms could leverage the EU’s reliance on the City to carve out a bespoke deal.

This took different forms over time, ranging from a proposal for the mutual recognition of EU-UK financial services to calls for ‘enhanced’ or ‘permanent’ equivalence.

Ultimately, these different negotiating positions failed and, financial services, a sector estimated to make up close to seven per cent of the UK’s economic output in 2019, was effectively dealt a no-deal Brexit. How this came about has been keenly debated.

Within the sector, different views on the risks and opportunities presented by Brexit prevented a clear and consistent set of negotiating priorities begin identified.

For example, whilst banks were concerned about the lack of equivalence for cross border activities, fund management was more focused on the possible opportunities opened up by the UK diverging from EU regulation.

This lack of clarity was coupled politically with a changing electoral coalition for the Johnson Government away from the interests of London and the south east, which contributed to more attention being paid publicly at least to other economic sectors – not least fish.

By 2020 it was clear that the EU would treat the UK like any other third country and UK financial services exports would be governed by equivalence.

In the Political Declaration, the UK and the EU aimed to conclude equivalence decisions by mid-2020, which would have provided the sector with additional time to plan organisational responses. This deadline was not met.

By the time the Trade and Cooperation Agreement (TCA) was agreed in late 2020 only two time-limited equivalence decisions had been granted by the EU, leaving the UK with less market access than key competitors such as New York and Singapore.

Given this uncertainty, UK financial firms began enacting their no-deal contingency plans well before the end of 2020. Banks opened subsidiaries in the EU to continue to service European clients.

Equities trading has shifted to European exchanges with Amsterdam supplanting London as Europe’s largest such exchange.

To date, an estimated 7,400 jobs have also moved from London to Europe’s other financial centres. This is lower than many had predicted although some relocation plans have been stalled by Covid-19.

Job relocations also do not tell us anything about job creation and the extent to which jobs which would have opened up in London are now being developed within the EU.

This points to Brexit triggering a gradual change in trade orientation of the City away from the EU, but not a short sharp Brexit shock. The extent to which increased trade with countries such as the US and Australia can offset lost EU exports will be a key trend to watch in the future.

The City’s future will also be shaped significantly by the UK’s uses of its new-found domestic regulatory control of financial services. In part, this is because if the UK diverges from the EU in regulatory terms, further equivalence decisions become more unlikely.

Since the 1 January, there has been a flurry of regulatory and policy reviews of UK financial services ranging from the UK Listings Review, the Kalifa Review of UK Fintech, and the Future Regulatory Framework Review.

Whilst none of these alone propose a radical deregulatory race to the bottom, taken together, they point to a strong appetite to change the UK’s regulatory rulebook for financial services after Brexit.

Meanwhile the EU is increasingly focused on its own financial services policy priorities, including reviving its programme of capital markets union and mitigating the risks of continuing to rely on market infrastructure based in London over which it has no regulatory control.

This is giving rise to fragmentation in European finance. It seems likely that a diminished, but still important, City will increasingly operate alongside reinvigorated European centres, each with their own specialism: banking in Frankfurt, asset management in Dublin and Luxembourg, market infrastructure in Amsterdam and a wider range of activity relocating to Paris.

Domestically the UK will also need to adapt to the economic and political consequences of a smaller financial services sector.

On the one hand, this could help mitigate regional economic inequality, given the central role played by financial and professional services in London. But it will also mean a smaller tax revenue to support other levelling-up policy ambitions.

Far from being done, the impacts and opportunities from Brexit for financial services are only just beginning to emerge.