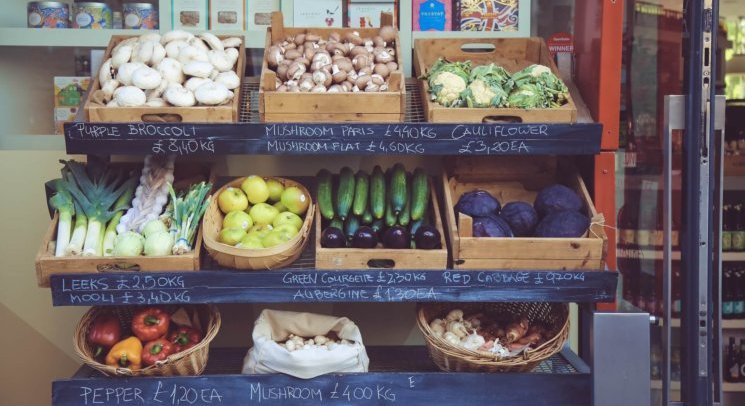 As a consequence of the Brexit referendum, both the UK and the EU27 are facing an unprecedented and challenging situation, and a considerable level of uncertainty. On 29 March 2017, the formal two-year negotiation period started in which both parties have to negotiate the exit conditions. Comprehensive transitional arrangements should also be negotiated as early as possible, as well as an ambitious and balanced future EU27-UK agreement. Prolonged uncertainty must be avoided at all costs.

Europe’s food and drink industry has a lot at stake in this negotiation. Naturally, it is calling for the least disruptive outcome – one that would enable the industry to support jobs on both sides of the Channel.

The food and drink industry is the largest manufacturing sector in the EU in terms of turnover (more than €1 trillion), value added (€212 billion) and employment (4.25 million jobs) – and the UK is an important player in this context. It is the single largest trading partner of the EU27 with a total value of food and drink trade of €44.2 billion in 2016 – 35% of Irish food exports go to the UK as do approximatively 10% of food exports from each of Belgium, Denmark, France, Italy, the Netherlands and Poland. Moreover, as a whole, the food and drink industry transforms 70% of all agricultural raw materials produced on European farms.

The size and success of the food and drink sector in Europe is attributable in large part to integrated supply chains involving operations in both the EU27 and the UK. It is therefore easy to understand why the stakes are so high not only for the industry, for its workers and for consumers, but also for the respective economies.

Minimising uncertainty in the negotiations is essential for growth and investment, as is maintaining friction-less trade in raw materials, ingredients and finished food and drink products. Consistent high food standards must remain the norm too; they will all be crucial elements in the negotiations.

Given the importance of the sector, and of the UK and the EU27 as trading partners, the negotiation process should treat the food and drink industry as a priority sector, and the negotiating parties should collaborate in good faith and spirit to secure short and long-term stability and prosperity for businesses, employees and citizens.

An ambitious and balanced EU27-UK agreement

Negotiators on both sides must commit to establishing an ambitious and balanced future agreement that prioritises continued friction-less trade, long-term growth, investment, stability and the preservation of reliable and consistent high standards of hygiene, safety and quality. This is vital to ensure the continued competitiveness of the EU food and drink industry.

The success of today’s food and drink industry across the EU – including the UK – is built on the single market, with its common regulatory frameworks, and with the free movement of people, goods, capital and services. The legal certainty and predictability provided by the single market and the customs union have been key drivers for investments in production plants, in the creation of jobs and in research and development.

Moreover, it is thanks to the single market and the customs union that companies have established integrated supply chains that span the whole EU. Such supply chains create the scale and efficiencies necessary for growth and sustained employment. They also strengthen Europe’s position in the global market.  Avoiding disruption of existing supply chains is of paramount importance to the European food and drink sector’s ability to continue to contribute to robust economic activity in the EU.

Clear and pragmatic transitional provisions must be secured to allow European businesses sufficient time to plan and adapt to the new future, long-term EU27-UK terms of trade. The transitional arrangements must prioritise ensuring that tariffs and import quota regimes are avoided; as are any requirements for new customs procedures (e.g. documentation and certification) which would create barriers to trade, delays in the movement of goods, and increase administrative costs. Importantly, customs procedures must be dealt with as part of the first phase of Article 50 negotiations and a suitable extended transition period to any new arrangements will be essential.

The transitional arrangements and future long-term EU27-UK agreement must ensure that regulatory barriers are kept to a minimum.

This is a priority area which, if not properly addressed, could become a huge non-tariff barrier over time. There are more than 2,300 laws covering agriculture and food which would be affected by Brexit.

Current EU food and drink regulations and standards must be recognised and maintained by both parties on exit day, and during the transition to the future EU27-UK relationship. Any future EU27-UK trade agreement must involve maximum collaboration on sanitary and phytosanitary measures and technical standards and minimal divergence in the application of such standards, so as to ensure minimal disruption to trade. Administrative barriers to trade must be minimised through mutual recognition of standards and effective regulatory cooperation.

Importantly, it is in the interest of all parties to promote a stable food and drink industry. The European food and drink industry is the envy of the world for its diversity, quality, innovation and competitiveness. Its reputation is built on progress it has enjoyed for decades within the single market, which has allowed producers to develop highly efficient and frictionless supply chains that ensure consistency of quality and food standards for consumers, fair treatment of EU ingredient suppliers and farmers and global competitiveness for the industry as a whole. The Brexit negotiations provide an important opportunity to secure an efficient and competitive food and drink industry, as the EU re-configures its relationship with the UK.