Brexit fork in the road 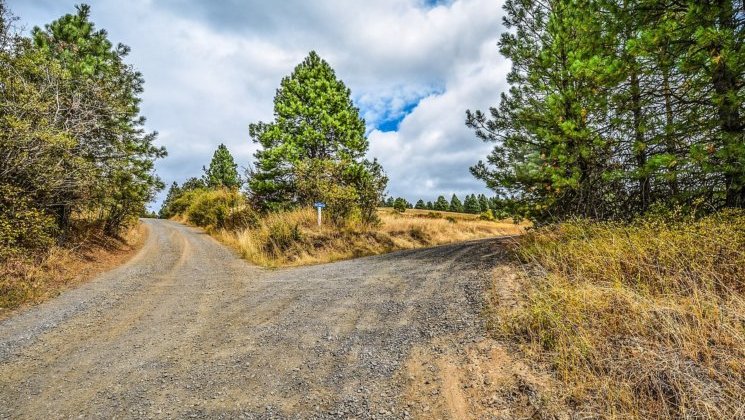 It is said that history is written by the victors. Since winning the Brexit vote, campaigners for leaving the EU have coalesced on ‘take back control’ as their ‘big idea’. They argued that Britain would benefit economically from taking back control of its borders and trade policy. By creating a trade policy that best suits its needs, Britain would sell more and so be better-off as a result. It could restrict immigration and at the same time save £350 million per week.

The government has chosen to interpret ‘take back control’ as leaving the jurisdiction of the European Court of Justice (ECJ). Since the ECJ is the final arbiter over the Single Market, this means leaving the biggest market in the world. All options of associate membership have, for now, been set aside as ‘failing to deliver’. This includes returning to the European Free Trade Association (EFTA), the UK’s status back in 1973.

That some of the most high profile Brexit campaigners made clear that the UK would stay part of the Single Market is now ancient history. But whenever someone offers the best of all worlds, it is usually wise to check the small print. Victors may write history, but they don’t re-write economics. One can certainly argue that any economic loss that results from taking back control is a price worth paying.

But is it really the case that we can ‘take back control’ and be better off at the same time? The UK can strike a tariff free trade deal with the EU almost anytime. The drama of whether we can or not is pure theatre. We have been doing trade deals since 1860 and there are over 400 regional trade deals in force today.

We start from a position of free trade with the EU so there has to be no agreement on tariffs or painful adjustment to the new regime. This could be done very quickly. But while all politicians say they want a tariff free trade agreement, the devil really is in the detail.

Can we really strike powerful trade deal while ‘taking back control’? First, making a trade agreement, by definition, means sharing some sovereignty. There is simply no way around this. It commits a country to abide by certain rules or face review and sanctions imposed by a foreign body. For example, if a nation violates World Trade Organization rules then they may be subject to a dispute resolution procedure. Any comprehensive trade agreement between advanced nations will have an independent dispute resolution procedure.

Second, after the UK leaves the Single Market, suppose that the UK were to promise to keep to EU rules and regulations. Being outside of the EU, there would need to be some regulations verification process and enforcement mechanism. The UK is one of the most complex economies in the world. It is central to many global supply chains across industries and many nations. So introducing the smallest verification cost would damage its competitiveness. There are challenges to overcome in offsetting trade losses from leaving the EU. Countries always sell more to neighbours than the other side of the world.

Third, of course the UK will eventually use its repatriated powers – perhaps get rid of some allegedly overbearing EU laws or subsidise its car or steel industry again. But since the core idea of the Single Market is a single set of rules to create a level playing field, deviating from the single set of rules will inevitably lead to a loss of market access over time.

One of the curiosities of the referendum was the lack of specific examples of laws that would change in the event of leaving the EU. Perhaps most of the changes will be to conform to requirements for new trade agreements elsewhere in the world. Whether the devil we don’t know is better than the one we do remains to be seen.

Intrusion is the price to pay for getting the most from a free trade agreement. Fifth, we trade because we are interested in higher living standards. This means higher domestic wages and profits, or domestic value added. Yet the UK is a particularly services orientated economy. More than eight out of ten jobs in the UK are in the services sector and our services exports have a higher domestic value added than our goods exports. Selling services is different to selling goods.

They are mostly consumed at the point of sales. For example, education, dentistry or enjoying the arts generally require us to consume at the point of sales. Either foreigners must come here (immigration), or we have to set-up establishments overseas to export our services. Both require agreeing and abiding by rules and regulations. Setting up establishments overseas requires rules to protect investments in foreign countries.

The UK is the third largest beneficiary of foreign direct investment in the world (behind the US and China). New dispute settlement systems will be required once out of the EU. These five points show that the question of whether the UK and EU can agree a free trade agreement is not the point. It is whether the UK is willing to accept sharing sovereignty and control to the extent necessary to have beneficial trade agreements that play to the UK’s strengths.

At a minimum, this will require rowing back on the rhetoric of ‘take back control’. Some Brexit advocates accept some loss of market share with the rest of the EU is inevitable. But they see this as a virtue because they believe leaving the EU will allow the UK to strike better trade deals around the world. We hear more and more of the plan to strike new trade deals with New Zealand and even the US. It is worth pointing out that only 18 per cent of the UK’s total export markets (including the EU itself) do not have an existing agreement with the EU or are not currently negotiating with the EU for a trade agreement.

There are challenges to overcome in offsetting trade losses from leaving the EU. Countries always sell more to neighbours than the other side of the world. Ireland is the UK’s fifth biggest export market despite only having the 124th largest population in the world. New Zealand has a similar population and close cultural connections but they are barely a top 50 trading partner. If the UK lost 1 per cent of its market share in goods exports to Ireland, it would have to increase its market share in New Zealand by 30 per cent just to offset this.

The UK can try to replace the loss of EU market share by striking new deals around the world. But this will require accepting many broad and intrusive trade agreements, just to have a chance of standing still. UK total trade with the US and European Economic Area (EEA) countries is 15 per cent and 53 per cent respectively. This means a 1 per cent loss in market share in the EEA requires a 3.7 per cent increase in market share in the US to compensate.

The same 1 per cent loss to the EEA would require a doubling of trade with the next top ten export destinations outside of the US. This is possible, but it will require sharing a lot of sovereignty. It may be possible for the UK to offset a small decline in market share with the rest of the EU by reaching trade agreements around the world. But the broader that these trade agreements, the more that the UK will deviate from EU rules. We are unlikely to be dealing with only 1% loss in market share. This means the UK will have to strike even more trade deals around the world.

At some point the UK runs out of countries to deal with. As we look ahead, we are at a fork in the road. The paths offer very different outcomes for the future of the UK. One path, favoured by an influential group of politicians and coterie of unelected advisors, believe that ‘no deal’ with the EU is a good because it allows the UK to stand alone and unilaterally lower UK import tariffs to zero. They accept that this will lead to the virtual eradication of the manufacturing sector, but they see this as collateral damage. In their view, the UK will lead a new world liberal trade order as like-minded countries follow.

The other path is that UK re-joins EFTA. The UK would have a free trade agreement with the EU, a framework to negotiate bilateral agreements on services and allow the UK to strike its own deals with other nations around the world. Earlier this year I was a Special Adviser to the House of Commons’ International Trade Committee.

Membership of the Committee was evenly divided with deeply held convictions on both sides. After a trip to the World Trade Organization, the Committee returned and agreed that joining EFTA would be ‘clearly beneficial to the UK’. They suggested that the Secretary of State publish a White Paper on EFTA membership before year end.

Dr Angus Armstrong is a Senior Fellow at The UK in a Changing Europe. This piece originally featured on the World commerce review.