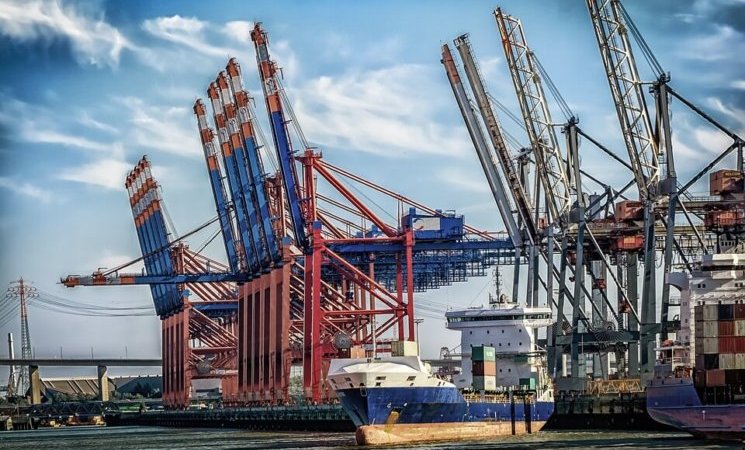 With less than 100 days to go and the vote on the Brexit withdrawal agreement delayed until mid-Jan, a real sense of uncertainty is building:

“If the present withdrawal agreement does not pass the vote, a cliff-edge scenario will be the most likely one. Preparation after this date will be nerve-breaking. Members of the European Shippers’ Council in their General Assemble last week stated that this is an unacceptable situation.

As producers and traders, they foresee a major impact on the supply chain between the EU 27 and the United Kingdom.”(European Shippers’ Council press release – 27 Dec 2018)

However, there are some certainties within all this uncertainty…

Economists have come to a reasonable level of consensus that a soft Brexit will lower GDP per capita by about 2-3 percent and a hard Brexit by about 5-8 percent. It is not a catastrophe, but it is not unimportant either.

To put these figures into perspective: the latest data on GDP per capita by the Office of National Statistics tells us that the average GDP per person in 2017 was £30,300. So, in the best-case scenario, we are looking at an annual loss of £606 per person on average. In the worst-case scenario, the loss grows to £2,424. Bear in mind that this is the estimated loss for each person, including children, in each year.

Proponents of hard Brexit claim that…

“It is perfectly fine for the UK to leave and trade with [the EU] as we trade with the rest of the world at the moment, under world trade rules” (John Redwood MP, 19 October 2017)

Imposing a 5 percent tariff on goods traded with the EU is a moderate cost increase. However, this ignores the non-tariff barriers that are required to organize the functioning of UK trade after Brexit. WTO rules on non-tariff barriers (e.g. regulations on product safety, rules of origin and quotas) are very limited and not recognised across all WTO member countries.

In fact, if the EU and UK standards are not mutually recognized, non-tariff barriers have the potential to halt some trade completely. Therefore, sorting out these issues could lead to a considerable waste of time and resources, while other important public policy issues, such as education and health, are put on the back-burner.

New trade deals cannot compensate for walking away with ‘no-deal’

There are claims that the Brexit losses can be more than compensated for, since other countries are growing faster than the EU. However, the EU is the UK’s biggest trade partner. In 2017, 44% of UK exports went to the EU and 53% of all UK imports came from the EU.

So new trade deals with non-EU countries, if/when the UK signs them, would not compensate for the decline in EU trade because of new trade barriers.

For example, if the US is to replace a third of UK exports to the EU, it should buy around an additional $60 billion of products from the UK (double the amount). According to our estimation, a soft Brexit and signing a Free Trade Agreement with the US would still lead to annual losses of 1 percent of GDP per head.

While the loss is moderate, a UK-US trade deal is likely to reduce food standards for UK consumers; this is a price some in the UK are not very keen to pay.

While the UK can continue to offer the same tariff rates to EU members after leaving the EU without a deal, they would need to offer the same low (zero) tariffs to all members of the WTO club – that means all 164 countries.

The only way to avoid this issue would be to sign a preferential trade deal, which allows countries to offer special treatment to members that sign up to the arrangement. Therefore, walking away with no deal doesn’t offer the UK the opportunity to continue applying the same tariff rates as it does now.

There would need to be changes and these changes would make people in the UK worse off.

People in the UK are right to be nervous as the evidence points to the fact that Brexit will make people worse off. Furthermore, ‘no –deal’ will mean more significant changes in our trade arrangements, which will make people people feel poorer than under a ’soft-brexit’. This said, and despite the many unknowns, the estimated impact of these new trade arrangements do not suggest a catastrophe.

By Dr Karen Jackson, School of Organisations, Economy and Society, university of Westminster and Oleksandr Shepotylo, Lecturer in Economics, University of Bradford.