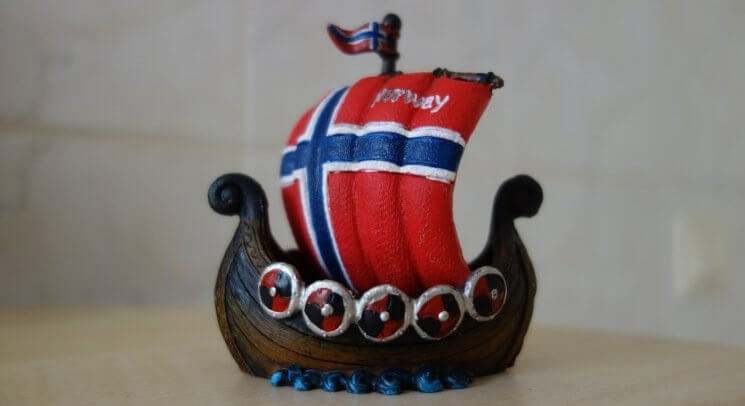 In Norway, Brexit is viewed as a major event. Although the consequences of the decision are yet unclear, it is generally seen as having significant and lasting implications on Europe, on the EU, on the UK and on the relationship between the UK and Norway. For a small country like Norway, it is natural to prefer a strong and integrated Europe to a weak and fragmented Europe. Given the uncertainty and huge transition costs associated with Brexit, it was therefore no surprise that this decision was regretted by most Norwegians.

The UK and Norway are geographically close and they have dense economic, political, cultural and social ties. Cooperation with the UK in the EU and the EEA has been constructive and beneficial. Most Norwegians would therefore like the UK to remain a close and committed partner to the EU and the EEA: they have no interest in “punishing” the British, and they approach the UK in a constructive fashion. A separate inter-ministerial Brexit task force has been established in the Norwegian government to ensure an orderly transition.

Many in Norway are also surprised by the lack of preparation, and the lack of a clear strategy of the UK in approaching the negotiations. After more than 25 years as non-members of the EU, Norway has learnt that life on the ‘outside’ can be quite good; but being outside is also very demanding, requiring a lot of commitment and effort, not least in ensuring a broad-based domestic compromise and developing a trust-based relationship with the EU. Norway has also learned that it is difficult, and indeed undesirable, for the economy and security of the country to not be integrated with the EU.

Norway has historically been closely linked to the UK in its Europe policy. Like the UK, Norway did not join the EU as a founding father 60 years ago. Norway instead joined the alternative organization created by the UK: the European Free Trade Association (EFTA). The UK’s decision to change its relationship with the EU had immediate implications for Norway in the 1960s and in the early 1970s, as Norway followed the UK. But Norwegian membership was rejected when a majority voted “no” in the first referendum in 1972.

Norway then established a set of limited bilateral free trade agreements with the European Community, but as soon as the Community launched ideas about creating a Single Market in the mid-1980s, Norway and the other EFTA countries feared exclusion, and so sought more integration. The EU and EFTA agreed to create the European Economic Area (EEA), which essentially made Norway a member of the internal market. Most EEA countries ultimately found the arrangement unsatisfactory and joined the EU instead in 1995, but Norway became stuck in the EEA, as a majority voted “no” in a second referendum in 1994.

Ever since, Norway has pursued a stable policy of gradually deeper integration with the EU, with a rapid multiplication and expansion of agreements, not only in the field of the economy, but also in justice and home affairs, and increasingly also in defence and security cooperation. As such, Norway is today both ‘outside and inside’ at the same time, involved in around three-quarters of EU activity.

Norway’s experience of the EEA

It is noteworthy that the Brexit referendum did not trigger a serious discussion in Norway about the need for Norway to change its relationship to the EU. It is evidently no longer seen to be in the national interest to follow the UK in its Europe policy. Some of the well-known protagonists for exiting the EEA have of course used Brexit to advocate that Norway should pull out of the EEA, or seek to renegotiate it, but such voices are still quite rare. In the parliamentary election in September 2017 most parties also re-confirmed their commitments to remaining in the EEA.

The EEA has created a stable and predictable framework for Norway’s relationship with the EU, regardless of shifting governments. The comprehensive review of the agreements in 2012 (the ‘Outside and Inside’ report) concluded that they worked well and that they protected Norway’s economic and political interests.

There are still some issues. For instance, there has been a growing concern in Norway related to migration. This is no surprise as Norway has received a high number of workers from East and Central Europe, almost at the levels found in the UK when adjusted for population size. Still, this migration is not as contested as in the UK.

The biggest drawback with the EEA model, however, is the fact that it is designed as ‘integration without representation’. The EEA Agreement gives Norway no formal vote or no formal role in decision-making in the EU, but the EFTA countries are however informed and consulted throughout the decision-making process. Norwegian retains its formal sovereignty, but it has delegated its actual sovereignty in many areas.

The EEA and the other agreements with the EU must be understood as a result of a domestic political compromise and a ‘second best’ solution. In Norway, some would prefer more integration, and some would prefer less, but the EEA was the acceptable halfway solution, and this comes with some obvious costs. It has been a political compromise between parties on the left and right, as well as between industry and trade unions. As often is the case with good compromises, they are complex, messy and unsatisfactory – but they work.

Brexit has not, at least so far, triggered a fundamental debate about Norway’s relationship to the EU, and it has not led to a rethinking of the EEA or significantly increased the support for Norwegian EU membership. However the Brexit referendum and the following negotiations have triggered a discussion about three other important issues.

First, there has been a discussion about the future nature and direction of the EU, and how Norway as an integrated non-member can and should relate to the new dynamics unfolding in the EU27. Brexit has been a catalyst for the EU27. Many of the current European discussions relate to reform of border control, migration policy, free movement of people, all of which are salient issues in the domestic debate in Norway. In addition, the discussions on how the EU can strengthen its cooperation in the field of security and defence is of key importance to Norway. After Brexit and the election of President Trump in the US, some suggest that Norway should supplement its tradition for a strong Atlantic orientation with a stronger cooperation with key European countries and the EU.

The 2017 White Paper on foreign policy therefore stressed the need for strengthening cooperation with key European countries, like Germany and the Netherlands, as well as continuing cooperation with the UK. Norway’s recent purchase of German submarines can also be seen as supporting this policy. Many in Norway also suspect that in future the centre of gravity of power will move to Germany and France, and there is therefore a discussion on how Norway, and other Northern countries, can further strengthen their ties with these two countries.

In the Florence speech, Prime Minister Theresa May indicated that the UK will seek to develop new and dynamic arrangements in the field of security. Similar thoughts are expressed in some of the recent UK “future partnership” papers on security. In Norway, these initiatives have been received with considerable interest, and this initiative might potentially also pave a way for an even more extensive structured cooperation between EU, UK and Norway in the field of security.

The second topic that has generated some interest in Norway relates to the possible future relationship between the EU and the UK. Norway is not a formal party in the negotiations on the terms of Brexit. But, since the UK is also likely to leave the single market and most likely also the EEA, Norway has of course legitimate interests. The overall interest of Norway is to ensure that Brexit is orderly and smooth, that key interests are taken care of, and that any transition arrangements are synchronized between the EU and the EEA. 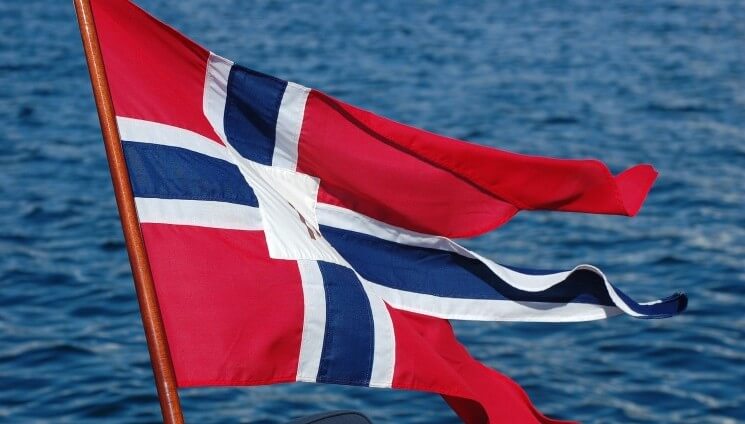 Formally speaking, being an EEA member requires either membership the EU or in EFTA. If the UK leaves the EU, it will also have to leave the EEA, as long as it is not applying for membership of EFTA. Article 127 of the EEA agreement sets out the procedure for leaving the EEA, and it states that a diplomatic conference should be held to determine the conditions. However, in reality this procedure is regarded as primarily a technical adjustment. Many of the key issues regarding the UK’s exit of the EEA will follow from the agreement between the EU and UK on leaving the EU’s internal market. The Norwegian government has therefore enjoyed good cooperation with the Barnier negotiation team, as well as the UK government, and they are regularly consulted and informed about the negotiations so as to ensure that the interests of the EEA countries are protected.

Future possibilities regarding UK and Norway

At the time of writing it is unclear which model the UK will prefer. If the UK decides to join EFTA and the EEA this will have far-reaching implications for Norway, Iceland and Liechtenstein. There is a risk that UK membership would undermine the well-functioning EEA system, as well increasing the heterogeneity of EFTA. There also concerns that this platform for integration could be used as a platform by the UK to promote disintegration. If so, this would not be in the Norway’s long-term political interest.

If, however, the UK agrees a new and different model with the EU, for instance with access to the single market, but with some limitations on migration and more formal sovereignty, as well as a less prominent role for the EFTA court and the European Court of Justice, this will also play straight into the Norwegian domestic debate. The Norwegian compromise is, as mentioned, based on the premise that there is been no credible alternative to the EEA apart from full EU membership. If a new and ready-made UK solution is negotiated all of a sudden, it is not impossible that there will be an unraveling of the delicate Norwegian domestic political compromise. The EU is of course aware of this possibility, and will be cautious in not giving anything to the UK that they cannot also give to other EU or EEA countries.

Finally, Brexit has triggered a discussion about the potential future relationship between the UK and Norway. The UK and Norway are close economic partners, they share waters, and the two countries also have an extensive security cooperation, so it is natural that there is discussion on how to organize possible future relations between the two countries. From the Norwegian side it is evident that she wants close cooperation with the UK in both economy and security. The UK has already expressed interest in rapidly developing trade agreements with Norway, and Norwegian ministers and delegations have visited the UK to explore options. However, Norway is at the same time somewhat cautious, and we will have to wait and see the possible outcomes of the UK’s negotiations with the EU.

By Ulf Sverdrup, Director of the Norwegian Institute of International Affairs (NUPI).