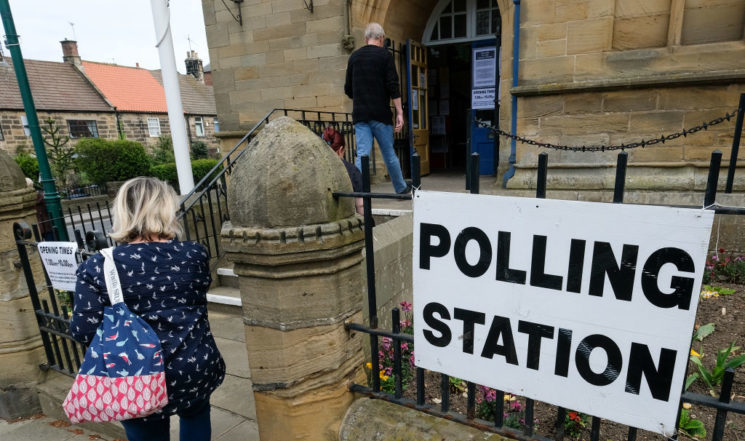 Early analysis of the 2019 general election shows that younger men and women supported the two main parties to different extents, but that gender gaps were not prevalent in older cohorts.

Opinions on Brexit, differences in education level, and austerity are all plausible explanations for this, and these gender gaps may therefore prove to be an enduring new feature of British politics.

Historically in the UK men tended to show more support for Labour and women for the Conservatives, although these gender gaps were often small.

This changed with the elections of 2015 and 2017, where women overall showed higher support for Labour than men – and this reversal was particularly evident in younger age groups.

Greater proportions of younger women voted for Labour and fewer for the Conservatives than men of the same age, but this gap was not prevalent in older age groups.

This trend appears to have continued in 2019. 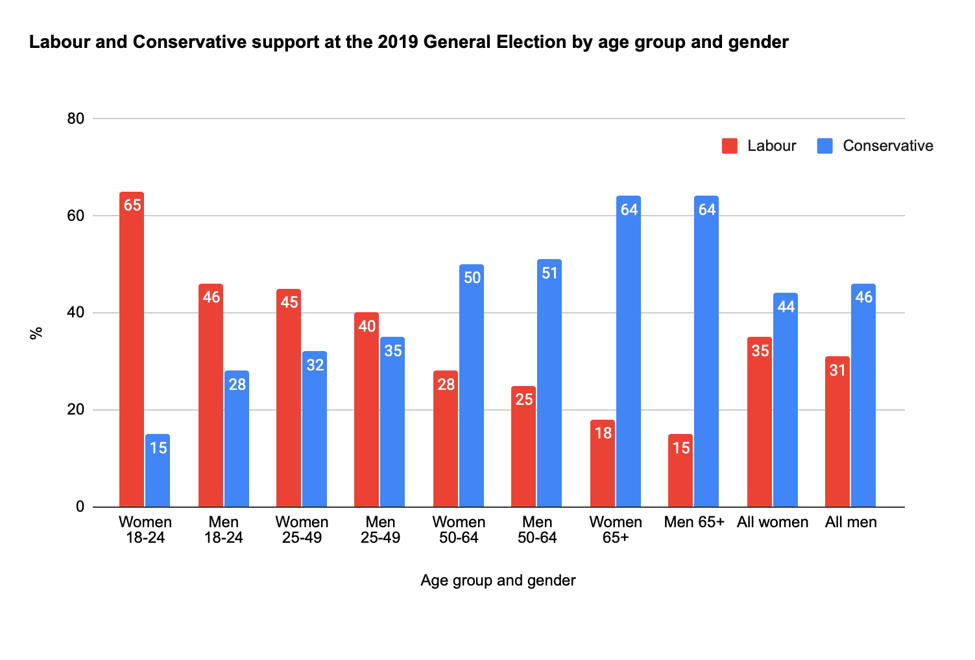 The data is not yet available to analyse the 2019 vote in detail, but YouGov have released gender and age group estimations of vote choice. These are shown above.

Similar trends can be seen in data released by Ipsos Mori, and so we can be confident they are broadly accurate.

It can be seen that the trend from 2015 and 2017 has continued in terms of support for the Labour party in particular.

There is only a small gender gap in support for Labour overall – and a very small gap in Conservative support. However it’s the differences in the youngest age groups that are striking.

Younger women once again showed very low support of the Conservatives and greater support for Labour compared to men of a similar age – but why?

One possibility is the differences in Brexit policy between the two major parties.

2019 was possibly an election characterised by the debate over Brexit to an even greater extent than 2017.

The Conservatives, under Boris Johnson, pledged to “get Brexit done” whereas the Labour Party went into the election firmly committed to a second referendum.

This division on Brexit may have contributed to the prominent age gaps seen among younger voters – and lack of an age gap amongst older voters.

In my doctoral research, I show that there was a gender gap amongst the youngest voters at the 2016 referendum. 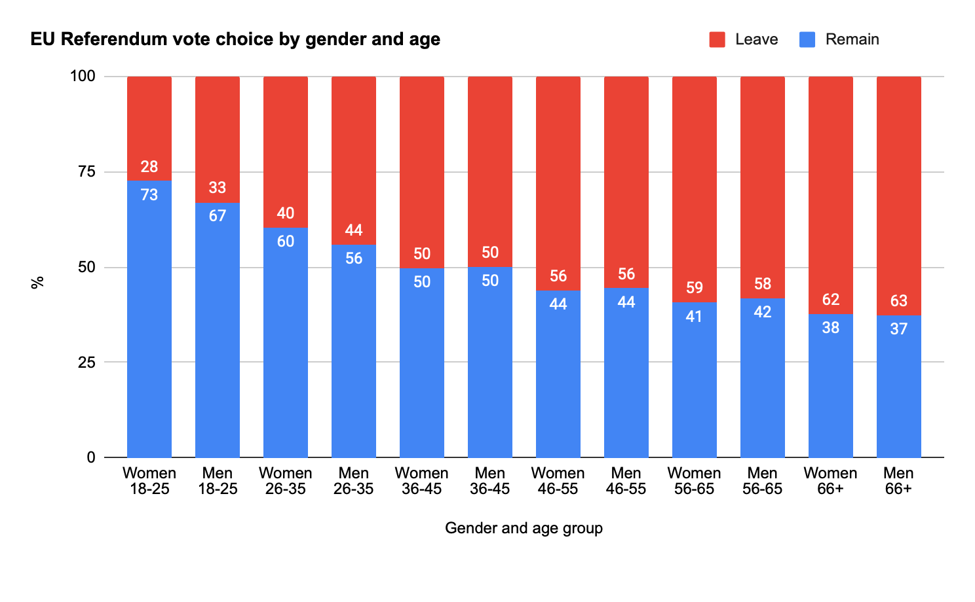 It can be seen that younger women were least likely to vote Leave, and that there was no gender gap amongst those aged 36 and over.

The Labour offer of a second referendum may have therefore appealed to younger women in particular – and, contrastingly, have put off older age groups from voting for the party.

However, there may be other factors which motivate individuals to vote Remain and to vote Labour which overlap.

One such factor I discuss in my research and which appears to have been key in the 2019 general election is education.

Education is closely linked to supporting Remain and appears to have been a key dividing line at the 2019 general election too, with voters with higher levels of formal education being less likely to support the Conservatives.

This is particularly important when we are trying to explain gender gaps in younger age groups as a significantly higher proportion of young women now attend higher education compared to men – a trend which emerged in the 1990s and has strengthened since.

Thus the gender gap may partially be an education gap.

That said, if the data we have available thus far are accurate, the gender gap among younger age groups in the 2019 general election looks to be much wider than that at the 2016 referendum.

If we look at the youngest age group, the gender gap in 2019 was over twice as large as in 2016. Brexit cannot be the only important issue.

One probable explanation is continued attitudes towards government austerity, which affected women to a greater extent.

Given that analysis of the current Brexit deal (by the Women’s Budget Group) with the EU shows that women may also be more affected by any negative economic impacts of Brexit, there is the potential for the economic consequences of Brexit to act in a similar way to those of austerity.

The Conservatives’s lack of support among younger women in particular may continue or increase at future elections, depending on the consequences of Brexit.

These consequences are of course not certain. However, what sort of trade deal is concluded with the EU and the economic impact on women has the potential to become a major election issue in the future.

In my blog with Rosalind Shorrocks for International Women’s Day in 2019 we demonstrated that women were particularly opposed to no deal, perhaps because of the perceived economic consequences.

One year on, and this opposition to no deal or a so-called ‘hard’ Brexit looks to still be of importance in understanding both the 2019 general election result and for how women voters will behave in the future.

The higher education level of younger women, their previous support for remaining in the EU, and the opposition of women to a hard Brexit and its potential economic consequences mean that the gender gaps in younger groups of voters in the UK seem likely to be here to stay.

By Ceri Fowler, PhD candidate at the University of Manchester investigating the relationship between gender and voting behaviour at the 2016 EU Referendum.