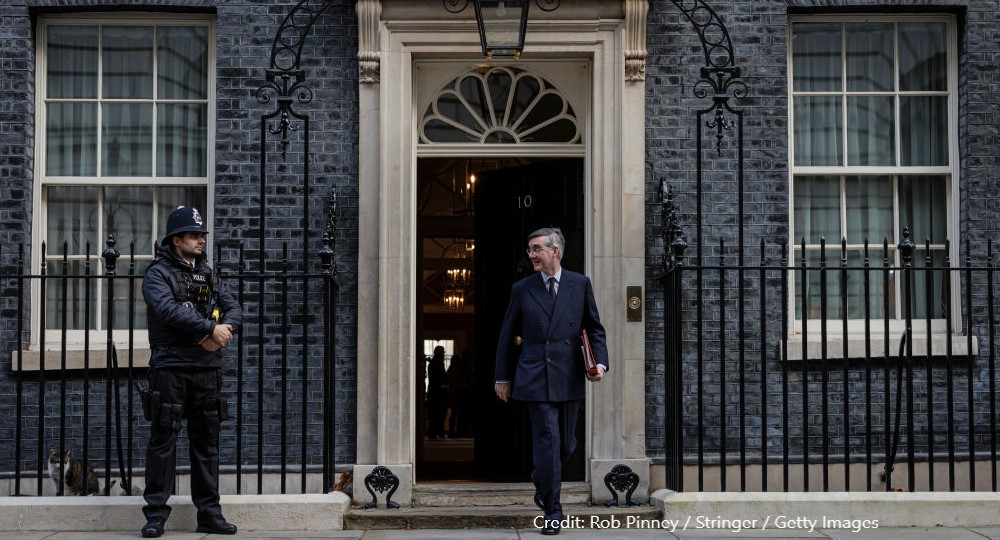 The government has floated its latest effort to avoid its commitments under the Protocol on Ireland and Northern Ireland. This all started with Jacob Rees-Mogg informing the European Scrutiny Committee that the UK had ‘signed it on the basis that it would be reformed’, and that ‘there comes a point where we say: ‘You haven’t reformed it and therefore we are reforming it ourselves’’. For good measure, he made sure the Committee knew that the ‘wheels are in motion’.

This was followed by details leaked to the Financial Times about plans to allow the government to suspend the operation of the Protocol’s rules covering trade in goods and to ignore the outcome of a Northern Ireland Assembly vote, due in 2024, affirming the operation of these Protocol provisions. How have we reached this fresh crisis, and who are these proposals supposed to benefit?

The long and winding road to reforming the Protocol

For much of the last year the government has toyed, on and off, with unilaterally reworking Protocol obligations. This reached a crescendo last summer, when Lord Frost set out a sweeping catalogue of Protocol reforms that the government wanted to see implemented, accompanied by a thinly-veiled threat to trigger the Protocol’s safeguard clause, Article 16, and suspend parts of its operation.

The Democratic Unionist Party (DUP) took this as a cue to step up its own opposition to the Protocol. With elections looming in Northern Ireland, it had become vital for this party to see a major overhaul of the Protocol; after all, its opposition to the backstop in Theresa May’s Brexit deal had directly contributed to Boris Johnson’s reworking of the Protocol to introduce more substantial trade barriers between Northern Ireland and Great Britain (and simultaneously enabled a much harder break between the UK and the EU).

The DUP needed wins over the Protocol to avoid blame for the new ‘sea border’ with the Unionist electorate in Northern Ireland, and the government benefitted from Unionist opposition to the Protocol as a pretext for its efforts to unpick parts of the Brexit deal. But, for many months, it looked like the government was going to leave the DUP empty-handed.

As the Owen Paterson and Partygate scandals erupted Boris Johnson was too busy fire-fighting to enter another struggle with Brussels over the Protocol, one which the EU had made clear could threaten the Trade and Co-operation Agreement.

Amid the weakness of the UK economy and the Russian invasion of Ukraine, a major spat with the EU seemed off the agenda. Jeffrey Donaldson, a DUP leader desperate for a win, also lost an important ally with Lord Frost’s resignation. The possibility of triggering Article 16 seemed to recede and with it some of the tension in UK/EU relations.

Is this just ‘triggering Article 16’ redux?

The advantage of threatening to trigger Article 16 is that it is a mechanism within the Protocol (and one which the EU itself contemplated at the height of tensions over Covid-19 vaccine supplies in January 2021).

This, however, comes with disadvantages: a notice period, the need to connect steps taken under Article 16 to specific trade diversions, the possibility of losing out in arbitration if the measures introduced are disproportionate to their aims. There was thus no clear route to hollowing out the Protocol’s trade provisions using this mechanism.

The new proposals, by contrast, centre upon the creation of a unilateral power to set aside significant elements of the Protocol. This strips away even the pretence of acting within the UK’s international commitments. The unilateral nature of the approach, at a time when minds should be focused on Ukraine, is likely to be treated with contempt in Brussels.

This is not least because low-key negotiations have recently been progressing, and just this week the EU made major exemptions over how the rules of the Protocol would apply to the supply of medicines to Northern Ireland. In a negotiation, one party can make unilateral concessions, but trying to unilaterally take ground where the law is against you is something quite different.

Rees-Mogg has justified such drastic steps on the grounds that ‘[t]he United Kingdom is much more important than any agreement that we have with any foreign power’. The DUP will undoubtedly tell potential voters on the doorsteps that their campaign has paid off and that the government has accepted that the Protocol poses an existential threat to the Union.

There is no sign, however, that the government is doing more than floating an idea. Even if it makes it into the Queen’s Speech, such a proposal would face concerted opposition in the Commons and would be as difficult to get through the Lords as the abandoned (and law-breaking) clauses of the Internal Market Bill.

If it garners a few more anti-Protocol votes in the Assembly elections and perhaps boosts Boris Johnson’s fragile standing with the ERG at a time when his leadership is increasingly embattled, then this announcement will have done its job, without the government having to legislate. But in the Northern Ireland politics, it isn’t guaranteed that such a blunt intervention will reap these rewards.

Announcements of such a nature are not generally made in election periods for the devolved institutions, as Rees-Mogg coyly acknowledged before the Committee; this is supposedly reinforced by the government’s duty of rigorous impartiality in its dealings with Northern Ireland under the 1998 Belfast/Good Friday Agreement.

But Boris Johnson’s government has never really subscribed to the ‘Good Chaps’ account of the constitution, which works only if actors in positions of power accept that certain things aren’t done.

This intervention indicates that the government no longer accepts the Protocol’s attempt to recognise the unique constitutional position of Northern Ireland built upon the 1998 Agreement.

If Unionist parties do not like compromises inherent in the Protocol, other parties in Northern Ireland regard some form of special arrangements as the minimum acceptable mitigation of Brexit required to preserve the 1998 Agreement.

Moreover, the proposals include ignoring the outcome of the 2024 Northern Ireland Assembly vote to maintain the Protocol’s provisions establishing Northern Ireland’s relationship with the EU single market for goods.

Set aside the absurdity of the government pledging to legislate to negate an Assembly vote that ministers had previously heralded as the great win of its 2019 Protocol renegotiation. No polls suggest that the election next month will produce an anti-Protocol majority in the Assembly.

What the government is signalling, in this announcement, is that it is willing to ride roughshod over the consent provisions protecting Northern Ireland’s constitutional status.

The return of the spectre of a hard Brexit for Northern Ireland and a government which cannot be trusted to uphold key constitutional safeguards could well supercharge voter turnout for parties opposing the DUP’s agenda and, in a proportional representation election, make that party even less likely to attract vote transfers.

By Colin Murray, Reader in Public Law at the University of Newcastle.