Brexit has placed Northern Ireland at the UK-EU interface 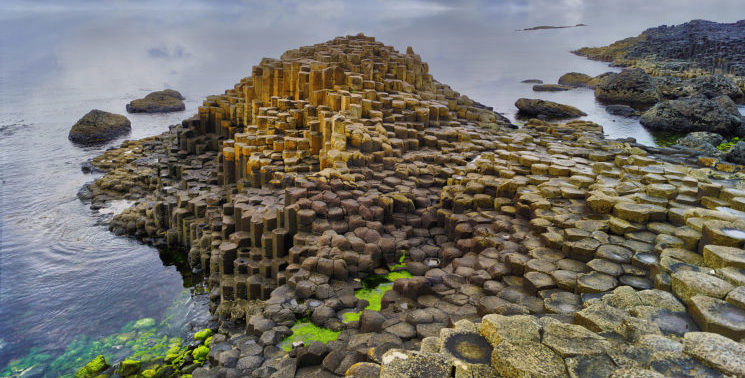 More than any other issue, Northern Ireland – a region of 1.8m people on the periphery of the UK and the EU – has determined what has happened since the Brexit referendum for the whole of the UK and the EU. Brexit has placed Northern Ireland at the UK-EU interface, resulting in considerable internal strain. This is not an easy position to be in – especially for a region with a pro-Remain majority, a fragile peace process, and a newly restored devolved administration.

The first Withdrawal Agreement contained the so-called backstop, which saw the UK commit to aligning with the EU’s rules on goods and customs in order to avoid the need for checks and controls at the Irish border. The second switched tack, with its ‘frontstop’, which sees Northern Ireland following the EU’s rules so Britain does not have to. Of course, this in effect shifts the potential border controls from the default north-south on the island of Ireland to east-west between these islands.

This is a region in which it is very difficult to find common ground, so compromise was always going to be tricky to sell in Northern Ireland. Yet common ground for Northern Ireland’s main political parties was found shortly after the referendum, despite the fact that Sinn Féin and the Democratic Unionist Party (DUP) were at opposite poles over the topic of Brexit. The priorities for Northern Ireland set out by the letter from the first minister and deputy first minister to Theresa May in August 2016 are notable.

These include the sustainability of the agri-food sector, that businesses, both indigenous and foreign investment companies, ‘retain their competitiveness and do not incur additional costs’, and that the Irish land border does not become an impediment to the movement of people, goods and services. And they still hold true.

This is seen in the New Decade, New Approach agreement (10 January 2020) between the British and Irish governments and Northern Ireland’s political parties, which paved the way for the restoration of devolved government after a three-year hiatus. The agreement confirmed that these priorities remain the top concerns of an incoming devolved executive.

Rather than enjoying a ‘best of both worlds’ scenario, Northern Ireland risks finding itself caught between a rock and a hard place when it comes to the implementation of the Withdrawal Agreement.

First, because it will remain, in effect, part of the EU’s single market for goods and also de facto part of the EU’s customs territory (regardless of being nominally in the UK’s), then movement of goods across the Irish Sea will be directly affected by the negotiations that the UK and the EU are about to begin. This means potential friction within the UK internal market and additional costs for NI businesses.

Second, we do not yet know whether Northern Ireland will benefit from being part of the UK’s free trade agreements, or part of the EU’s free trade agreements. And, on top of this, of course, Northern Ireland will have to navigate what all its parties agree to be the negative impacts of Brexit, including restricted access to labour, especially low skilled EU workers, and friction in the movement of services across the island of Ireland.

When combined with the tight timetable for transition, plus the scale of decisions to be made by the UK-EU Joint Committee that will uniquely impact on Northern Ireland (for example in the designation of ‘at risk’ goods crossing the Irish Sea), the scale of the governance and policy challenge is evident.

The Withdrawal Agreement Bill gives extraordinary power to the UK government in the implementation of the Protocol, including in areas that have long been devolved to the competence of Stormont. Yet ultimately it is Northern Ireland’s Members of the Legislative Assembly (MLAs) who will be handed an exclusive decision-making power.

Four years after the end of transition, as per the ‘democratic consent’ mechanism of the Protocol, they will vote on whether to continue to be aligned to EU rules. Given the nature of politics here, this debate will almost inevitably be framed less as a policy or economic matter than as a constitutional and identity one.

It is increasingly the case that people from all backgrounds in Northern Ireland think that Brexit makes Irish unity more likely. In 2016, 18% of unionist respondents thought Brexit made a united Ireland more likely; by 2018 it was 28%. The proportion of nationalists thinking this rose from 38% in 2016 to 64% in 2018. But there is a big difference between expecting something and welcoming it. By late 2018 (the latest data we have), one-third of DUP supporters said Brexit makes them even less in favour of a united
Ireland.

Unsurprisingly, half of Sinn Féin supporters said Brexit made them even more in favour of it. As for the avowedly non-aligned, they are changing. For one thing, they are now voting, motivated, it seems, by a determination to Remain.

Northern Ireland will be affected in perpetuity and irrevocably by the UK’s withdrawal from the EU – in its relationship with Ireland and with Great Britain. Whether this is for good or ill will in many respects depend on what happens over the course of the coming 11 months.

By Katy Hayward, senior fellow at The UK in a Changing Europe. This piece originally featured in the Belfast Telegraph. You can read the full report Brexit: what next? here.