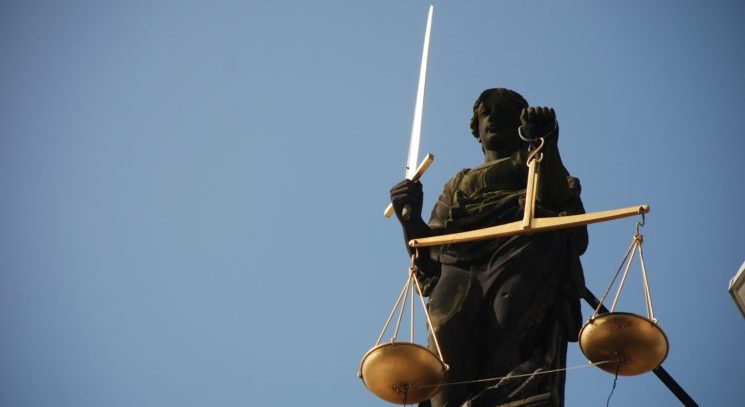 Brexit has posed a fundamental challenge to the UK courts and legal system. Or, rather, delivering Brexit in the circumstances of a hung Parliament posed considerable challenges to the law and the courts.

The challenges arose through a combination of the Fixed Term Parliaments Act 2011, which effectively prevented parliamentary gridlock from being resolved via an election, and the desire of many Remainer MPs to prevent a no deal Brexit.

In short, those on the losing side wanted to challenge the delivery of Brexit, and the courts were a prime venue in which to do so. First, there was the Miller I case which essentially asked whether the executive had the right to trigger Article 50 on its own or whether there needed to be authorisation from a prior Act of Parliament.

The majority of the Supreme Court decided authorisation was required. The EU (Notification of Withdrawal) Act 2017 was duly passed.

Subsequently, in the Wightman case the Scottish courts asked the European Court of Justice about the conditions to revoke Article 50. The court ruled that revocation would be possible provided: the request was made in an unequivocal and unconditional manner, by a notice addressed to the European Council in writing, and after the UK had taken the revocation decision ‘in accordance with its constitutional requirements’.

Perhaps more striking were the events of Autumn 2019, when the UK learned some profound lessons about its constitution. Not least, we learned that constitution is essentially based on good behaviour; the expectation is that the rules of the game – conventions, rules, the Cabinet handbook – will be complied with by the Prime Minister and his ministers (and their advisors).

So the prorogation (suspension) of Parliament by the Queen on the recommendation of her Prime Minister between 9 September and 14 October came as a shock. No justification was actually given to the Scottish court for such a lengthy prorogation.

There was no sworn evidence. For the Scottish Court in Cherry this was an abuse of power by the Prime Minster. However, for the High Court of England and Wales in Miller II the recommendation to suspend Parliament was a matter of high politics. Because the matter was political, not legal, the courts should not intervene.

The matter ended up in the Supreme Court in Miller II and Cherry. In essence the Supreme Court ruled that the matter was justiciable (i.e. one that could be heard by the courts) and also that the Prime Minister had acted unlawfully because the prorogation had the effect of frustrating or preventing, without reasonable justification, the ability of Parliament to carry out its constitutional functions.

And for all the criticism that the Supreme Court’s decision has received, the upshot of the decision was to put matters back into the hands of Parliament whose role under our constitution has been expanded expressly to include holding the executive to account.

Once the genie of justiciability is out of the bottle it is hard to put it back in, although now that majority government is resumed, it may be the courts will feel less compelled to intervene. Certainly there was a major hint that the executive will not be amused by further judicial intervention in these sensitive matters.

The Conservative manifesto talked of ensuring that ‘judicial review is available to protect the rights of the individuals against an overbearing state, while ensuring that it is not abused to conduct politics by another means or to create needless delays.’

The next decade will be a challenging period for the judges. They will be asked to interpret the EU (Withdrawal) Act 2018, and in particular to work out when the courts might decide not to apply preBrexit decisions of the EU Court of Justice. The courts will also need to interpret and give effect to the 600 or so Statutory Instruments (secondary law) that have been rushed through Parliament to give effect to Brexit.

There will be other challenges facing the judges. For example, what if the Scottish legislature were to adopt legislation in the future that were to interfere with the ability of goods from rest of the UK going into Scotland?

At the moment such challenges are dealt with under EU law, as the Scotch Whisky case showed. But how will they be dealt with in the future? Will the British judges have to develop a common law principle to help deal with the problem? Or might they even invoke the Act of Union 1707 to help sort out the difficulties?

The Brexit debate so far has seen the courts caught in the political firing line. Even though the judges have argued that they are interpreting the law, not doing politics, some of the newspapers have not seen it this way.

The post-Brexit period will also be demanding for the courts in terms of the volume and complexity of the Brexit-related litigation they will face. But it will be less high profile and the judges may retreat into the obscurity which many of them prefer.

But politicians have the bit between their teeth. There will be constitutional reform, and an enquiry into judicial review will form the first part of the review into constitutional issues promised by the manifesto.

By Professor Catherine Barnard, senior fellow at The UK in a Changing Europe. This piece forms part of our Brexit: what next? report.