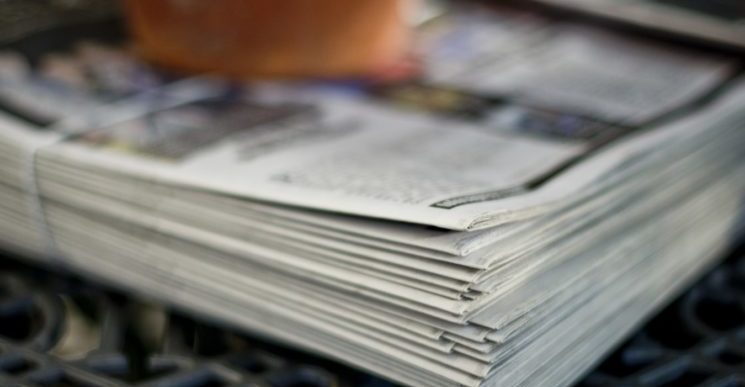 Brexit has posed challenges of great magnitude for the mainstream news media in the UK and in so doing has raised fundamental questions about their credibility. And yet their effective functioning has never been more vital. The impact of Brexit is and will continue to be profound, wide ranging and uncertain.

These consequences require continued exploration, explanation and evaluation. As Brexit has become the dominant political issue, public opinion has become ever more polarised. Yet it is questionable whether understanding of the subject has advanced as debate has intensified. Brexit has also become the focus for anxieties over whether and how fake news, deceit and disinformation are distorting opinion.

There has never been a greater need for quality control of information within the public sphere. But Brexit has challenged the media just as it has so many institutions in the UK, leading to a crisis of confidence in some quarters and widespread accusations of bad faith and unprofessionalism.

How justified are these criticisms? Amidst the claim and counterclaim, rigorous empirical analysis of media performance remains at a premium. There has been no longitudinal analysis of news coverage of Brexit and available evidence principally focuses on the reporting of the referendum campaign itself and the three general elections held since David Cameron suggested an in/out referendum in 2013.

But analysis of these periods can provide insight into media performance more generally, not least because of their critical importance in the delivery of Brexit (notably, the general elections in 2017 and 2019 were separately dubbed ‘the Brexit election’ for reasons relating to the policy and its implementation).

In terms of national press partisanship, support and opposition to Brexit divided fairly evenly during the referendum in the number of titles, but Leave endorsements far surpassed Remain in circulation due to the declarations of the highest-selling pro-Conservative titles (specifically, the Mail, Sun, Telegraph, and Express). Furthermore, this editorial backing had a vehemence that found no equivalence in pro-Remain titles, which characteristically qualified their arguments for staying in the EU.

The ardour of the Leave supporting press has not faltered since, often manifesting itself in controversial attacks on those deemed to be obstructing Brexit, and moreover democracy itself.

The most notorious example of this came with the Daily Mail’s description of senior judges as ‘enemies of the people’ in November 2016 following the ruling that the UK government needed the consent of Parliament in enacting Article 50.

Broadcasters have also been criticised by stakeholders on both sides of the debate as lacking due impartiality in their coverage. The BBC has been the principal target of these claims, but other broadcast organisations have also received flak.

Existing research evidence provides little convincing support for either claim but, in seeking to achieve balance in the representation of pro- and anti-Brexit voices, the broadcasters have encountered other difficulties.

For example, Jean Seaton, the BBC’s official historian, argued that the corporation’s strenuous efforts to demonstrate impartiality in the referendum, led them to ‘politicise everything’ and, by so doing, devalued and relativised the vital adjudicating insights that can be provided by credible expert sources.

Distinctions between press and broadcast coverage can be overstated. Brexit has implications for all facets of public policy, but you would struggle to discern this from the coverage provided across flagship news outlets in the most recent and critically important campaign contexts.

Both sectors have reported Brexit within narrow parameters. For example, Loughborough University’s study of press and TV news coverage of the 2016 referendum showed that the largest proportion of reporting was process focused, that is, interested in the strategies of the key protagonists and the related drama and uncertainty surrounding the vote.

This content accounted for 39 per cent of all topics identified in Brexit coverage in the main weekday TV evening news and the national press. Policy-related news was dominated by two topics: the economy (18 per cent) and immigration (13 per cent). By contrast a whole range of other issues that quickly acquired huge significance post-referendum were largely neglected.

These included critical matters such as the implications for the devolved nations, notably Northern Ireland (0.8 per cent of all issues); the environment (0.5 per cent); and agriculture (0.6 per cent). These patterns were replicated in both the 2017 and 2019 elections.

This narrow, process-focused approach has contributed to a reporting framework that generates a great deal of heat, but not much light. In our most recent analysis of the 2019 general election we concluded that Brexit was everywhere and nowhere. Frequently invoked, it attracted far less of the fiscal scrutiny that was prominent in evaluations of other manifesto commitments.

Furthermore, there was a significant imbalance in the reporting of the various Brexit options, which were all still theoretically possible until the decisive result of the election indicated otherwise. Boris Johnson’s ‘oven ready’ Withdrawal Agreement dominated coverage and received the most positive treatment of the alternatives on offer.

Yet the possibility that the UK could still leave the EU with no trade deal in place at the end of 2020 was one of the least reported scenarios. The idea that the 2019 general election has in some way ‘got Brexit done’ is of course problematic.

Nevertheless, it has flattened parliamentary obstructions and removed the prospect of any immediate return to the electorate. This could be a propitious opportunity for news organisations who are serious in their intention to provide informative analysis.

Consequently, they should stop treating Brexit as a political drama and engage with the range and substance of the policy complexities that will emerge during the negotiation and implementation phases.

This will require editors to mobilise journalistic specialisms from beyond the parliamentary lobby in order to interrogate the credibility rather than the partisan disposition of claims makers within the debate.

This will also require a more discerning and nuanced approach to impartiality. To paraphrase the renowned US foreign correspondent Herbert Matthews, when impartiality depends solely on the mechanistic application of balance, the truth can suffer.