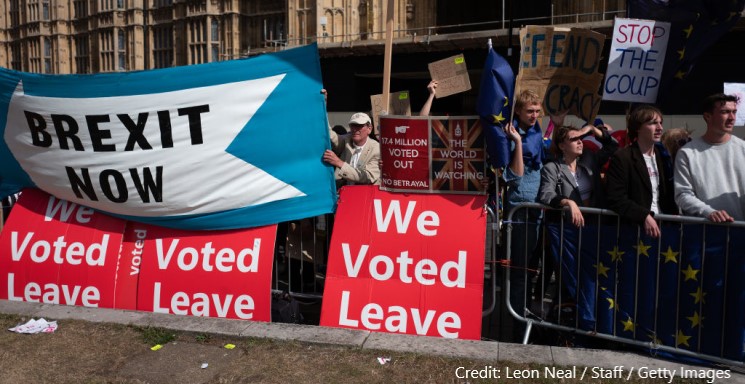 In all the political noise over Britain’s exit from the EU, one aspect has received strangely little attention. The Brexit process offers perhaps the best opportunities we can find since the Aldgate pump and Victorian London’s problems with cholera (we are all thinking of epidemics nowadays) for a controlled experiment in the social sciences.

This piece does not aspire to provide the answer, or even to set out firm conclusions – let alone persuade anyone to abandon their personal judgement or past decisions.

It attempts an early effort to establish a framework for future evaluation, which will cover a range of related disciplines and differing levels of granularity, of the consequences and outcomes of the national decision to leave, and the style and choices of its subsequent implementation.

At the macro level, the objective was clear and simple: to ‘take back control’, of our borders, our money and our laws.

Self-evidently, we have formally achieved this through the withdrawal treaty and domestic legislation. We are ‘out’. We are an independent state. But are we independent ‘in name only’?

Even these simple objectives and their underlying rationale merit further analysis.

Were we (simply) committing ourselves to a new migration regime which in certain respects was more neutral and less EU-centric than hitherto? Or were we really trying to cut overall numbers, irrespective of economic considerations?

How in a world where people often overstay visas (or work informally outside their terms) will we be able to demonstrate better ‘control’?

Similarly, will our borders be less porous than they were, including the special case of the Irish border, where the European single market rules will continue to apply on both sides?

All this of course assumes an individual capacity and inclination for self-examination of motives, which may not always present itself.

As for our money, will we be able to demonstrate savings to be redirected to domestic expenditure, or will there be comparable costs in creating new regimes for air safety or food standards?

And how about any residual debts or outgoings we may need to settle with the EU itself?

Turning to laws, it has become clear since the general election that the government’s main objection is one of principled resistance to the power of the European Court of Justice over our own decisions.

Furthermore, it is likely that this is of a piece with their experience of judicial review in our own courts.

When things settle down, we will need to enquire to what extent, in practical terms, we have expelled the ECJ from our affairs, with particular reference to the operation of EU law in Northern Ireland and any bilateral EU/UK agreements we conclude.

And if we move to agreements based on separate arbitration, are we convinced that their judgements will prove more palatable? These are preliminary but cardinal questions before we turn to any ex-post analysis of overall costs and benefits.

Before and since the referendum – and in the offerings on this network’s platform – there have been many such analyses, but they fall onto little common ground in public opinion.

The time will come to revisit whether ‘Project Fear’ was at all been justified by events, or refuted by them; and equally whether trade was expanded by the process of negotiating better access and widening markets, or whether we lost some absolutely or by diversion.

As the immediate effects of leaving wear off, and are maybe conflated with other factors – including coronavirus impacts – we will also need to reflect on whether it will ever be possible to disentangle the costs and benefits of leaving.

This is particularly tricky when other partial strategies are factored into the mix. When is a hard Brexit a soft Brexit in practice?

This drives us back to the wider political evaluation. It is often easier for all of us (including those claiming to be sophisticated) to take refuge in generalities.

On one hand, ’Never mind the costs, the issue is sovereignty’; and on the other ‘An integrated Europe is essential to maintain peace and prosperity’.

Down the track it may be worth revisiting comparative attitudes across the European continent to see whether the British now feel better about themselves, or are still querulous – just about something else.

At a wider level, we may find ourselves not just scanning conventionally GDP or employment figures, but looking at comparing a range of wider social factors, including for example crime rates, social participation and life expectancy.

Again, we shall have to think about separating out the various factors between those related to leaving the EU, and those which are contingent.

By definition, the whole process of leaving the EU has been ‘political’.

Social scientists may provide an orderly framework for reporting and analysis, but would hardly expect to effect conversion of public opinion forged by identity with social class or nation.

In setting out this agenda for future study, I will reach only one personal opinion. Even if we can model or identify the effects, it is very unlikely to persuade public opinion to change its mind.