Brexit, immigration and the labour force 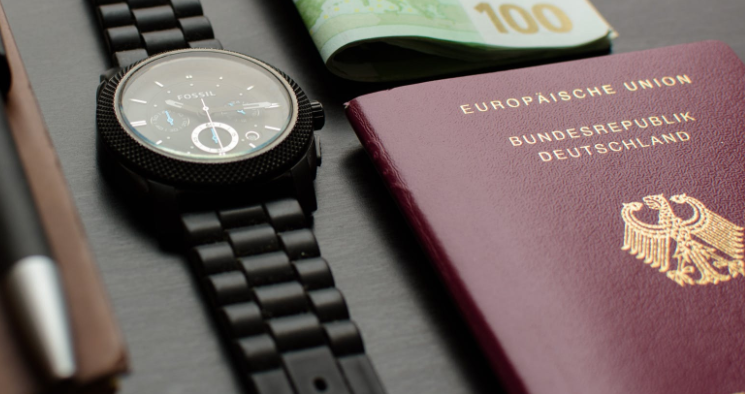 Under the Withdrawal Agreement, free movement will continue during a transition period, which will end in December 2020 (although it can be extended, by mutual agreement, for one to two years). The Withdrawal Agreement, although it contains extensive provisions relating to EU citizens currently resident in the UK (and Britons resident elsewhere in the EU), does not contain any provisions directly relating to UK immigration policy after the end of the transition period, although it confirms that the Common Travel Area between the UK and Ireland will continue as now.

The Political Declaration, which provides a (non-binding and high-level) outline of the future relationship—that is, the period after the end of the transition period—states clearly that the UK will end free movement of people. It also refers to short-term business visits and visas, but although both the UK, in its Chequers white paper, and the EU27 have previously referred to ‘ambitious provisions’ on labour mobility there is no reason at this stage to think this means anything more ambitious than those contained in the Canada-EU free trade agreement, which have had little or no impact on immigration policy.

This suggests that, if the Withdrawal Agreement is passed, free movement of people with the EU will come to an end and the UK will largely be free to set its own immigration policy after the end of the transition period, with little if any constraint imposed by any agreements with the EU. Of course, this could change if there are material changes to the government’s approach to Brexit and/or to the negotiations over the future relationship.

Assuming that government policy remains broadly as now, immigration policy after the end of the transition period will be based on the government’s white paper, ‘The UK’s future skills-based immigration system’, which incorporates the key recommendations from the Migration Advisory Committee (MAC):

a) Unless a future trade agreement with the EU provides otherwise, there should be no European preference for EU or EEA citizens seeking to move to the UK for work purposes after Brexit. In other words, after the end of free movement, there should be no intermediate position where EU or EEA citizens still find it easier to move to the UK than non-EU ones.

b) EU/EEA citizens would therefore have to apply for permission to live and work in the UK in the same way as non-EU citizens do at present. In practice, for most of those seeking to move here to work this will mean applying for a Tier 2 (‘skilled worker’) visa, which requires the applicant to satisfy a number of criteria relating, depending on the job, to salary, occupation, skill level, and the non-availability of workers from within the UK. Various fees and charges are also payable.

c) The MAC recommended that the existing salary threshold of £30,000 for most Tier 2 visas should be maintained. However, while the white paper takes this as the starting point, it is explicitly subject to consultation, and business has argued for a lower threshold. Applying for a Tier 2 visa would involve considerable costs both to employers and migrants, including the Immigration Skills charge and the NHS charge, although the government has promised to make the system less bureaucratic and more user-friendly.

d) The white paper also proposes the introduction of a temporary work visa for migrants earning less than the salary cap coming from ‘low-risk’ countries (that is, those whose nationals are viewed as unlikely to overstay). This would be valid for a year, and on expiry the holder would have to leave the UK for at least a year. The white paper has very little detail on how this would operate in practice.

The most important effect of these proposals would be to exclude future migration for work by low-paid EU nationals to the UK, although in practice many might still be eligible by other routes, as well as via the new temporary visas. But high-paid and high-skilled EU migrants would also find the UK much less attractive.

It would be more bureaucratic and costly for them to come here than under free movement, and they and their families would have fewer rights – certainly not the long-term security offered by free movement. By contrast, skilled workers from outside the EU might well find it easier, particularly if the Home Office follows through on its promises to make the system more user friendly.

Overall, plausible – although highly uncertain – estimates are that this would reduce net work-related migration by approximately 50,000 a year, with – as outlined above – the bulk of the reduction falling on lower-paid EU nationals.

We can also estimate the economic impact, direct and indirect, of these reductions, both on overall GDP and GDP per capita, assuming that the contribution of an individual worker to GDP (migrant or native) is proportional to her earnings. As with trade, the economic evidence also suggests that migration has indirect impacts on productivity. These are subject to considerable uncertainty, so we show the impact estimates with and without a productivity assumption.

These results are consistent with both economic theory and the empirical literature that suggest a less open and more restrictive migration policy would have a negative  impact on output and productivity.

Both the MAC report and the government’s white paper argue that restricting EU migration of lower-skilled or lower-paid workers will improve the prospects of native workers, particularly those with lower skills, in particular since it will increase the incentive of employers to invest in training or other measures to boost productivity. However, the empirical evidence set out in the MAC report does not provide much support for these propositions.

The research commissioned by the MAC found no clear links between migration and training, and a positive one between migration and productivity, while there was little to suggest that reductions in migration would result in significant wage rises for low-paid workers. The distributional consequences of reduced immigration are therefore likely to be small, although it is possible that there might be bigger impacts in particular sectors.

Overall, then, the central scenario is that proposed changes to immigration policy after Brexit are likely to reduce immigration, but certainly not eliminate it. This will result in a small but significant drag on economic growth. While the government’s white paper sets out a clear framework, the devil is in the detail, and future policy decisions—as well as how the proposals are implemented in practice—could significantly change this picture.