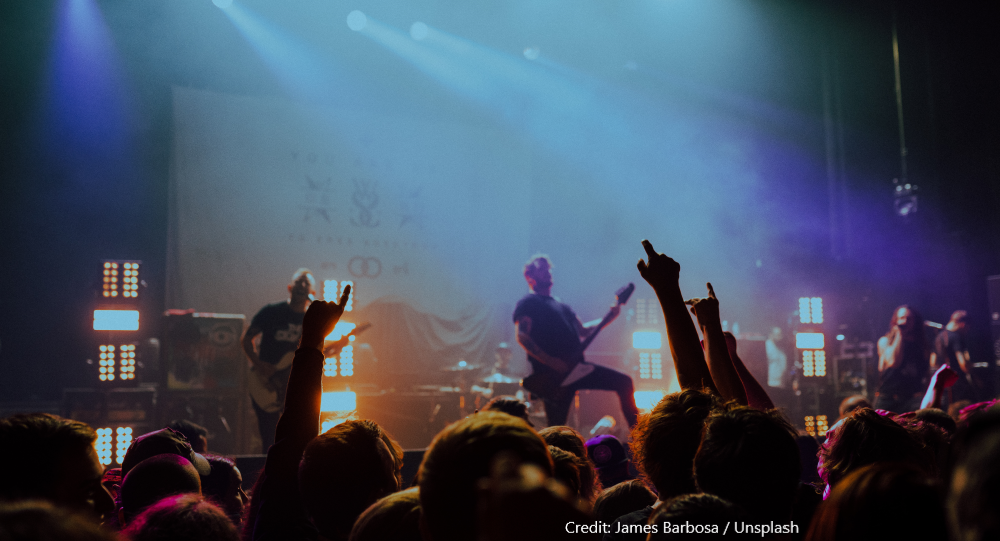 Before Brexit, the impact of leaving the EU on the arts and cultural sectors was widely, although not universally, predicted to be negative. Legally, member states fully control their own cultural policies in the EU.

Despite this limited power, the impact of Brexit on the arts and cultural sectors has actually turned out to be substantial.

Since the end of the transition period in January, the impact of the loss of freedom of movement on musicians and other cultural professionals has received widespread coverage, with well-known celebrities such as Elton John drawing attention to the issue.

Whilst a member of the EU, British citizens enjoyed visa-less travel, making touring and other types of travel for short-term work much easier.

Now that the transition period has ended, creative professionals must navigate 27 different systems, not only for themselves, but in transporting goods such as musical instruments and props.

While some EU member states allow a visa exemption for performers, some do not. In some cases, it costs hundreds of pounds for a temporary visa.

This has stark implications, with 81% of musicians surveyed for a recent House of Commons evidence session indicating that touring in Europe will not be financially viable and 60% saying that they are considering leaving the profession.

It is not just musicians impacted: a theatre designer’s open letter to Boris Johnson last month describes the difficulties he faced in carrying out work in Austria.

Exchange and collaboration are central to the working practices of the arts and cultural sectors, and a mobile workforce is a crucial part of this.

A 2017 study by Arts Council England found that 67% of respondents had engaged in international exchange such as touring, co-productions and co-commissioning with international partners, and hosting in the previous two years.

In addition, 60% of organizations reported that having EU workers able to come to the UK is important for their work.

Indeed, it has also now become more challenging for professionals to come to the UK. EU citizens make up 6.7% of the UK’s creative industries workforce in general, but that number rises as high as 30% of visual effects workers and 25% of architects when specific sectors are considered.

While the Global Talent visa will help some, it will not be sufficient for those outside of the ‘exceptional talent’ or ‘exceptional potential’ limits. Attracting talent from abroad is important not only to fill domestic skills gaps but to contribute to the growth of the sector for economic and reputational, soft power purposes.

After all, the deal signed in 2018 between the Government and Creative Industries Council proclaims to make ‘Britain the best place in the world for the creative industries to thrive.’

Aside from challenges relating to freedom of movement, there are other impacts relating to the loss of access to the EU’s arts, culture, and media programmes and activities. For example, between 2014-2020, the UK received €68 million in direct funding from Creative Europe.

Projects that were funded under the 2014-2020 programme will still receive their funding, and UK applicants can still apply to the i-Portunus programme to support small-scale cross-border mobility, but the fund’s UK desk closed on 31 March 2021.

Loss of access to other funds such as Erasmus+, Europe for Citizens, and the European Structural & Investment Funds will also impact the arts and cultural sectors directly and indirectly.

The UK Government hasn’t announced any plans for an alternate source of cultural funding, apart from a new Global Screen Fund to support film and television production. There will be £7 million in funding available for the first year. Full details of this fund are not yet available.

Plans for the 2021-2027 Creative Europe have not yet been released, but it is anticipated that the UK will be able to participate with ‘third country’ status. This, however, would be a much-reduced role, with UK organizations not eligible to be full partners or leaders.

Finally, one of the lesser discussed but important impacts of Brexit is the lost opportunity to learn from and collaborate with other member states on issues relating to cultural policy.

Deliberation with other member states, via processes such as the Open Method of Coordination and Structured Dialogue, is a cornerstone of cooperation in this field.

Current collaboration is taking place on issues such as gender equality, audiovisual co-production, multilingualism and translation, and climate change and the arts. Collaboration is built into the spirit of the EU and the UK has played an integral role in cultural policy agenda setting in the past.

The full scale of these challenges is not yet visible because of the Covid-19 pandemic, and so this is very much an ongoing story. Much existing research and media coverage is about the expected impacts, and over the next year it’s likely we will see a lot more emerge on the actual effects.

Overall, the dual impacts of Brexit and the pandemic have made for an incredibly challenging time for Britain’s arts and cultural sectors. Some have predicted a slow decline, others full-on destruction. Only time will tell.