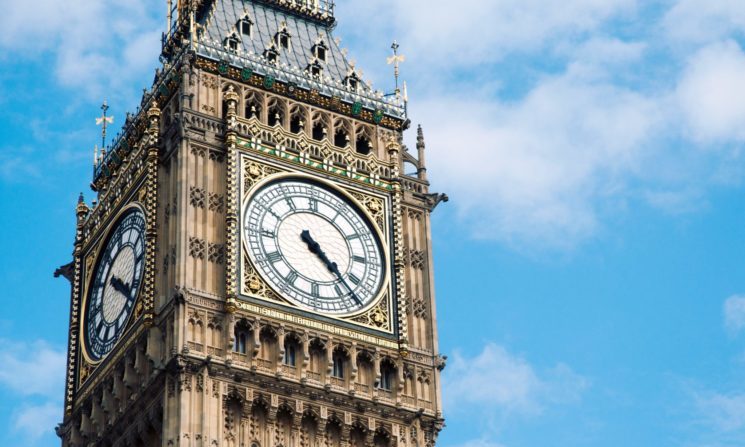 Happy new year. The year Britain will leave the European Union. And in this narrow sense at least, the year when Brexit will be delivered.

But then what? Arguably it is only once we have left that the real struggles will begin.

By this I do not mean the inevitable arguments about the nature of our relationship with the European Union. Obviously, this matters enormously.

As our own modelling has revealed, the economic impact of different Brexit outcomes vary profoundly in terms of their medium term implications for the British economy. And different kinds of relationship imply different degrees to which the UK can be said to have ‘taken back control’.

So it would be naïve to think that Brexit, viewed as an ongoing process of negotiations with the European Union, will simply fall out of the national consciousness.

If nothing else, the deadline of the end of June, by which time the Prime Minister must decide whether or not to extend the transition period, will focus minds, and doubtless business lobbying efforts.

Yet at the same time, expect the government to work its socks off to take Brexit off the agenda.

The Prime Minister has already decreed that the B-word itself should not be used after the exit date of 31 January. And expect a raft of eye-catching initiatives thereafter – not least a budget – to underline the fact that we have ‘moved on’ to address ‘people’s real priorities.’

In many ways it is on the basis of this domestic agenda that Brexit – and particularly this government – will be judged. The act of leaving the European Union itself entails a number of serious choices.

What kind of immigration policy do we want? What kind of regulatory standards do we think are appropriate? How should we deal with agriculture and fisheries? What rights, if any, should be enshrined beyond the reach of parliament and how, absent EU law, can this be achieved in our system?

And of course, whether they like it or not, the government will have to deal with enormous pressures on the union itself. The SNP claim to have a mandate for another independence referendum and will not be slow to press their case.

Meanwhile, it says something about the degree of discontent Mr Johnson’s Brexit deal has created in Northern Ireland that all the political parties in the province have come together to support an amendment to the Withdrawal Agreement Bill that will ‘guarantee equitable and unfettered access’ to the GB market for Northern Irish businesses.

Beyond the constitutional and practical policy imperatives thrown up by the ending of EU membership lies a whole new agenda that that the referendum has generated. To say that Brexit has widened the Overton window is to understate the matter significantly.

The 2017 election revealed, and that of 2019 underlined, the fact that politics has been changed – at least at a declaratory level.

And so the government has set itself an ambitious agenda seemingly to deal with the discontent apparent in many of those parts of the country that voted for Brexit in the first place.

Some things –  greater investment in education and the health service – are fairly straightforward. However, the stated intention to bring about a ‘levelling up’ of the country is far more ambitious and will require more than one term in office.

All this will take place against a backdrop of continuing negotiations with the European Union.

These will, as David Henig has argued, be complex and difficult – with some seriously contentious issues such as financial services and fisheries due to be settled even before the two sides sit down to talk about an FTA.

Yet the government will enjoy some room for manoeuvre. In the first place, the Conservatives deliberately did not over promise when it came to Brexit.

Their manifesto portrayed Brexit as something to be got out of the way in order to focus on the real priorities, rather than something that might make the achievement of those priorities easier.

Indeed, as Chris Grey has pointed out, few ‘of the original advocates of Brexit any longer make any case for it being a good thing in its own terms, or, in any specific way, as having any beneficial outcomes’.

Second, Mr Johnson will be helped by the tactics adopted by remain campaigners. Talk of ‘cliff edges’ and imminent economic catastrophe failed to convince sufficient numbers of MPs or voters of the need to think again about Brexit.

And now, they will almost certainly not be borne out.

Partly this is because, even if the Prime Minister keeps to his word, the transition period will ensure that nothing much will change in terms of our trading relationship with the European Union until December.

Partly too, growth foregone, which is what Brexit implies, is not the same as no or negative growth. The economic impact of Brexit, while real, may be neither as immediate nor as immediately obvious as the most exaggerated claims might have made us believe.

And so the government might enjoy some space. But we still don’t know how they might use it.

Will Sajid Javid really unleash a wave of investment as part of a drive to ‘level up’ the country? Will Treasury spending rules really be rewritten to facilitate investment outside of the South East?

And if so, what then of traditional Conservatives concerned about a tax-and-spend agenda that hardly sits easily with the Party’s traditional philosophy? Will the authors of ‘Britannia Unchained’ be happy to see their party abandon its attachment to markets?

It is political considerations that will shape these decisions.

Will the government focus on winning back those remain supporters who deserted the Tory Party? It’s worth remembering, after all, that the vast majority of Tory voters, Tory seats (and Brexit voters) are still in relatively prosperous areas and mostly in the South.

Or, rather, will the Prime Minister calculate that, in a post-Brexit world, these voters might drift back anyway?

This might allow him to double down on his Brexit credentials, focussing on retaining those former Labour strongholds he won via a mixture of economic interventionism and social conservatism.

The answers to those questions will determine the direction of travel for the next five years. They will also decide whether the Brexit division continues to shape our politics as much as it divides us as a society.

Either way, and whatever the answers provided, while the Brexit battle may be over, the war for the future of the country has only just begun.

By Professor Anand Menon, Director of the UK in a Changing Europe.