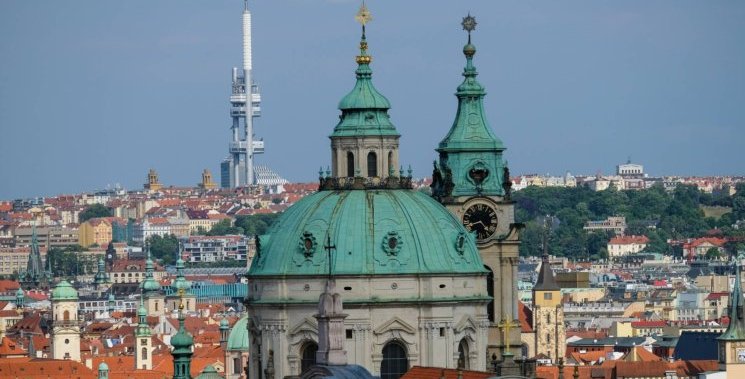 “EU, we will leave in an English way!” That was a message on a billboard promoting the right wing populist Freedom of Direct Democracy (SPD) movement in the campaign preceding the Czech parliamentary elections in October. So is Brexit on the main stage in domestic elections outside the UK?

No, for even though the SPD did well in the elections and the explicit reference to Brexit helped them to get more than 10% of votes, Brexit was not the main or even an important feature of the elections. But this does not mean that Brexit has nothing to say in Czech politics. It has and it may have in a future.

In the broadest of terms, Brexit is not a major issue for Czech politics. This is hardly a surprising finding; very similar conclusions can be reached in the vast majority of continental EU member states. Even though the EU in general is quite a controversial topic for Czech politics, any possible grenade effect of Brexit was downplayed by two factors.

First, the Czech governmental position on Brexit, and Czech priorities, are generally uncontroversial. For example, hardly any relevant party could oppose the demand to protect the rights of Czech citizens living in the UK. And agreement on national priorities was approved by a huge majority of relevant parties in February 2017, when a deal on their content was signed. This has not changed and no one challenged the deal during the autumn elections.

But Brexit is not just a standalone issue. There is more than simply the Czech position towards EU–UK negotiations, or Czech national priorities. Asking an average Czech in the street what Brexit means would probably lead to various answers: “Brexit means Brexit”, of course, with “leaving the EU” or “an uncertain future” also in the top five. A risk of further exits would be also mentioned frequently. But few would say – especially outside the UK – that Brexit can be a tool, a vehicle for more or less cynical political conflicts. Yet it is exactly along this dimension that Brexit may turn out to have quite an impact on Czech politics.

Table 1: Number of statements and commentaries of Czech political parties on Brexit

First, existing coverage of Brexit by Czech political parties suggests that approaches towards the EU represent a salient issue for building their identities, particularly for right wing parties (Civic Democrats, Party of Free Citizens, Tradition – Responsibility – Prosperity 09). This can be illustrated by an analysis of parties´ commentaries/statements on Brexit, as Table 1 reports: the most active parties in this sense are precisely those three.

As their economic positions are often very similar, their approach towards the EU – here represented by positions on Brexit and its implications – can serve as an important message for prospective voters. Second, approaches towards Brexit as expressed by Eurosceptics (both soft and hard ones), who have a lively tradition in the Czech Republic, have so far not confirmed the hypotheses proposed by Paul Taggart and Aleks Szczerbiak.

So far, so good – the above mentioned effects can be hardly considered as being important for an audience beyond country specialists and scholars. But then, there is third point – Brexit and Czech populists / anti-establishment parties. Mr. Okamura´s SPD movement is not the only representative of this camp in Czech politics. Quite the contrary. Since 2010, populism and voters’ experiments have replaced the stability that characterized Czech politics between 1992 – 2010.

Most recently, populists and anti-establishment parties did pretty well in 2017 elections. Mr. Babiš’ ANO movement won, and the SPD’s obvious success has already been mentioned. Then there are the Pirates, a brand new player in the House of Deputies, whose EU and foreign policy preferences are unclear. Together with the Communists, a party that has been always happy to question the Czech Republic’s EU and NATO orientation, there is now a substantial group of MPs who are open to setting agendas that were previously unthinkable.

Of course, this need not necessarily result in the magic word: “Czexit”. For example, for the ANO movement this is not a target. Indeed, the most likely next prime minister, Andrej Babiš, will definitely not be the one to launch the discussion. Being in the EU is in his interest as AGROFERT, a big commercial holding that he indirectly owns, has enormously profited from EU membership, in terms of market access and subsidies from EU Structural Funds. However, risks may appear as a by-product of cooperation between ANO and, for example, the SPD.

There is broad demand among populists, particularly expressed by the SPD, for more intensive use of direct democracy tools in Czech politics, particularly referendums. As the Czech Republic has not so far adopted a law on using referendums, a scenario when ANO will promise the SPD it will adopt such a law in exchange for, say, support for an ANO minority government, is not unrealistic. Having a general law on referendums might be the first stop on a line where “Czexit” is the terminal.

Looking at what the Czech public thinks and feels about the EU in recent months, there could be such a “window of opportunity”. The Czechs are the most Eurosceptic people in the whole of the EU: they scored the lowest number when asked if they feel happy about membership . Indeed, Czech voters seem to feel threatened by European integration.

It does not matter that there has not been any significant immigration, or that the country has been untouched by the Eurozone crisis, or even that there have not been any terrorist attacks so far in the “Heart of Europe”. Rationality and reality have to step aside as the politics of “what if” settles the tone. And such a tone is exactly emphasized by populists. If it prevails in Czech daily politics, Czech EU membership may come to be explicitly questioned.