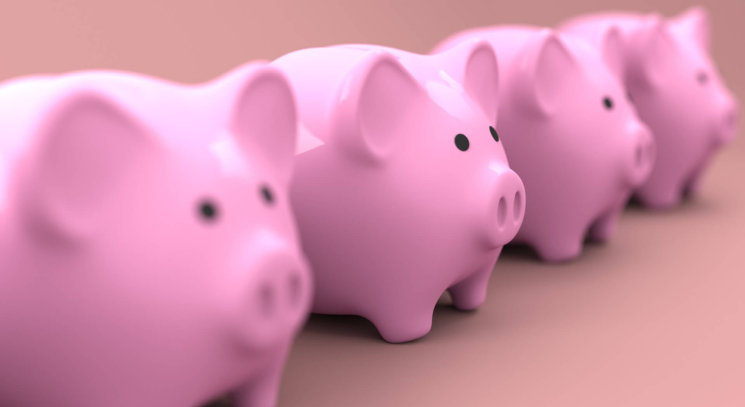 Most economists believe that Brexit will be bad for the UK economy in the long-run. But what about the short-term? How has the referendum affected households in the first year since the vote?

Last week, UK in a Changing Europe published the first detailed research on the observed economic consequences of voting to leave the EU.

The main finding was that the Brexit vote had reduced living standards by driving up inflation and reducing real wage growth. The costs are evenly shared across the income distribution, but not all regions suffer equally. London is the least affected, while Scotland, Wales and Northern Ireland lose the most.

When the pound fell by around 10 per cent immediately after the vote it made imports more expensive. Inflation rose from 0.4 per cent in June 2016 to 3.0 per cent in October 2017. It would, however, be a mistake to attribute this entire increase to Brexit. Inflation has also increased in the US and the euro area over the same period.

So in order to disentangle the referendum effect from other sources of inflation such as oil price movements, we looked at how price increases depend upon the share of imports in consumer expenditure. Tradeable goods, such as fruit, wine and clothing, have high import shares, while services such as restaurants and hotels depend less on imports. If the decline in the pound is responsible for higher inflation, we’d expect products with larger import shares to experience bigger price rises. 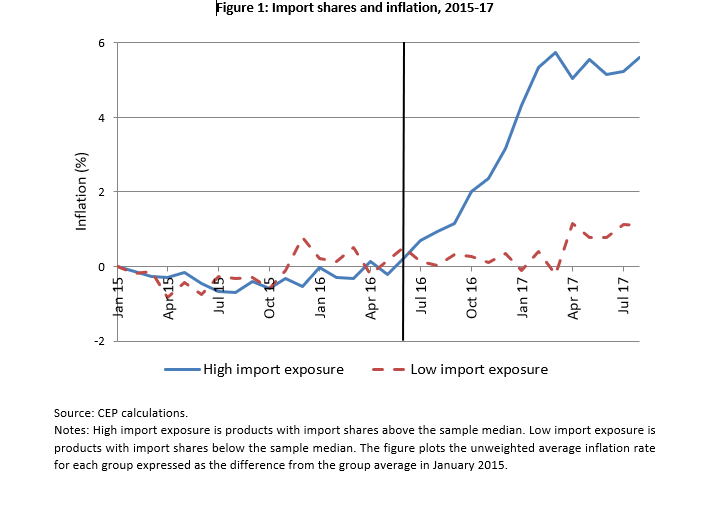 After taking account of other factors that can affect inflation, we estimate the Brexit vote increased it by 1.7 percentage points in the year following the referendum. While it would be wise to view the precise magnitude of this effect with some caution, it is clear that it is substantial.

A 1.7 percentage point increase in inflation implies that, by June 2017, the Brexit vote was costing the average household £7.74 per week through higher prices. This is equivalent to £404 per year. By increasing prices without affecting nominal wage growth, the referendum has also reduced real wages, costing the average worker almost one week’s wages.

The data shows that, the average British household is already paying a price for voting to leave the EU. Inflation has increased by approximately the same amount for poor, middle income and rich households – though households that buy more imported goods will obviously have faced bigger price rises than those which don’t – meaning that the costs of voting for Brexit are evenly shared throughout the income distribution.

However, there are stark regional differences, as shown in Figure 2. London is the least affected region with a rise in inflation 0.35 percentage points below the UK average. The increase is smaller for London primarily because Londoners spend relatively more on rent than the average household and rent has a very low import share. 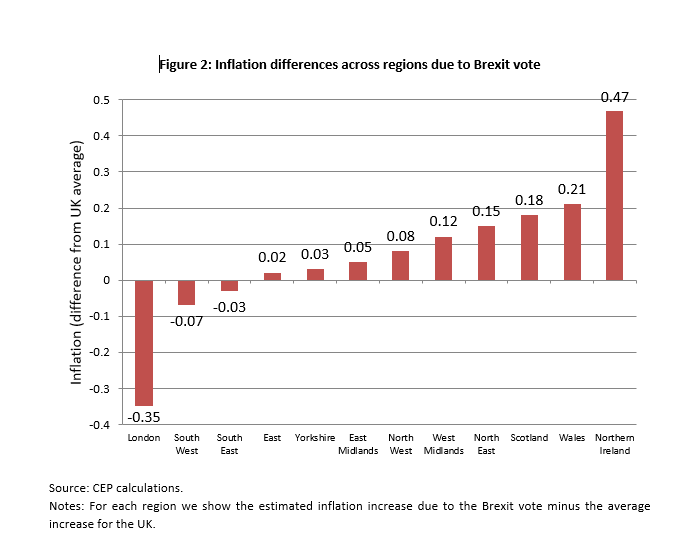 Is it surprising that the Brexit vote has hit living standards while the UK is still part of the EU? Not at all. Economic behaviour depends upon both the current state of the world and expectations about the future.

The referendum increased uncertainty and led to a decline in the likely future openness of the UK to trade, investment and immigration with the EU. Consequently, financial markets downgraded their beliefs about the UK’s economic future, leading to the decline in sterling. It is through this channel that concerns about the long-term effects of Brexit have already begun to hurt UK households. And there will be more pain on the way as Brexit becomes a reality.

By Holger Breinlich, Elsa Leromain, Dennis Novy and Thomas Sampson, part of The UK in a Changing Europe’s Economics of Brexit team. This piece originally featured on CapX.