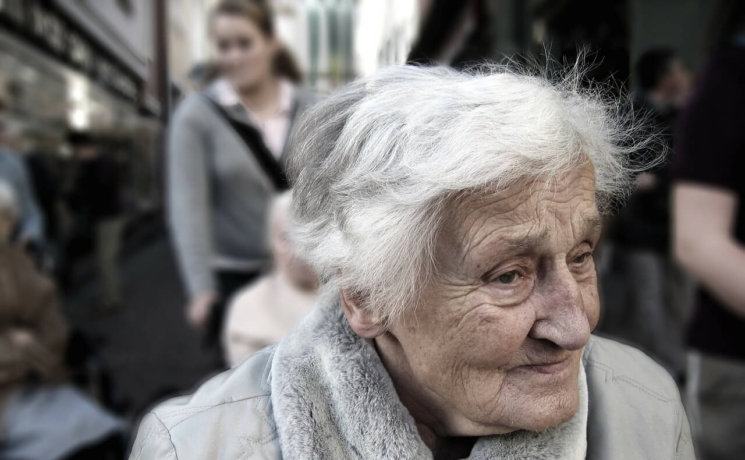 As part of the government’s commitment to slash low-skilled EU immigration after Brexit, there is set to be a tightening of restrictions on workers earning under £30,000.

This policy was set out in a recent report from the Migration Advisory Committee and would have significant implications for the social care sector.

The industry has become increasingly dependent on low-paid EU workers, whose numbers have increased by 40% from 2014-17 according to official figures.

Care providers and business groups have argued that the government’s proposals would be profoundly damaging. Last week, the CBI warned that the care sector was ‘hugely reliant’ on low-skilled workers caring for the elderly.

This argument has been backed by the National Institute for Economic and Social Research. They have called for a post-Brexit immigration system which does not exclude migrants from joining Britain’s social care workforce because they fail to meet salary or skills requirements.

Yet why is no-one questioning the sustainability of a care system which is becoming ever more reliant on paying breadline wages to foreign workers?

Improving pay and conditions to make working in social care a more attractive proposition for people living in the UK should be a priority.  A 2018 report from Skills for Care – a sector charity – on the state of England’s social care workforce found that 25% were on zero hour contracts.

Years of cuts to local authority budgets have contributed to restricted wage growth in an industry where workers are amongst the lowest paid in Britain. It is not uncommon for homecare workers to find themselves earning less than the minimum wage.

This is due to their employers – who are increasingly charities and independent providers – refusing to pay them for time spent travelling between visits.

Research from UNISON has found that this is the case for over half of all workers. A similar proportion reported that their working conditions had deteriorated over the past year.

It is difficult to disagree with UNISON’s assertion that a shrinking social care budget has led to a ‘race to the bottom mentality’ in provision. This certainly resonates with my own experience of working in the NHS to secure social care funding for patients on mental health wards.

Despite being required to present commissioners with proposals from a range of providers, it was invariably those offering care at the lowest cost who were offered contracts. It is those on the lowest incomes who bear the brunt of this approach.

The King’s Fund’s 2016 report on social care for older people found that the poorest – who are dependent on local authority-funded provision – were most at risk of receiving inadequate care.

Another finding was that due to local authority cuts almost a third fewer people were able to access publicly funded care. It is unsurprising that this has corresponded with increasing numbers of older adults being admitted to A&E.

It is painfully obvious that the social care sector needs to be reformed without delay. The main barrier is cost: reform seems entirely unaffordable. With the government now committed to substantial increases in funding for the NHS, how can money be found to improve pay and conditions for Britain’s 1m care workers?

An important first step would be to address the training deficit of the social care workforce. Currently, less than 40% of workers have a recognised qualification, raising concerns over quality of care.

The Institute for Public Policy Research has called for minimum standards of training in the care sector, and for the introduction of a new levy on social care providers. This would only affect larger organisations, and funds would be pooled to enable smaller providers to benefit from the contributions.

There are incentives for the government to invest in developing a better trained and properly paid social care workforce. First, improved status and pay would encourage recruitment and retention.

This would relieve some of the pressures on social care providers to adapt to stricter immigration controls and reduced access to EU workers.  Second, it would create a workforce capable of relieving qualified nursing staff of some of their responsibilities.

This could include providing basic care such as checking temperature and blood pressure, and administering injections.

The long-delayed green paper on social care is the next opportunity for the government to propose bold action to reform the sector. It has been promised that this will set out a long-term, sustainable funding solution.

There must also be a commitment to improve working conditions and career prospects for those providing vital care to often vulnerable people. Unless this happens, it is unclear how immigration restrictions on low-paid EU workers can be implemented without worsening the crisis in social care.

By David Stephenson, who works in health policy, and is a former discharge co-ordinator at an NHS Trust.