Brexit is becoming a masterpiece in procrastination 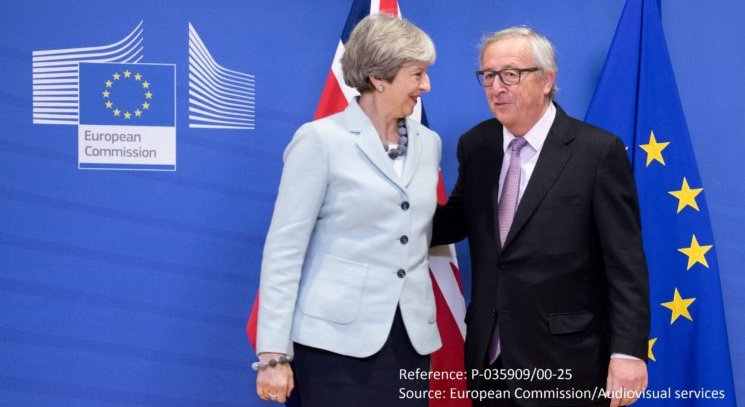 “Never put off until tomorrow what you can do today.” My mum said that to me a lot as I was growing up. But she never completed the saying: “unless you are negotiating Brexit.” The progress report on the Brexit talks agreed upon Friday by the UK and the European Commission is a masterpiece of procrastination.

It’s worth emphasizing what we saw in Brussels on Friday morning was little more than a progress report. This is not a deal — and for at least two reasons.

First, and excuse the pedantry, but the European Council has to accept it (though it doubtless will). Second, the one thing on which the European Commission and Conservative Brexiters agree absolutely is that “nothing is agreed until everything is agreed.” Which means a deal can’t happen until next autumn.

This is not to say nothing has been achieved. On two of the key sticking points the deadlock has been broken. On citizens’ rights, Prime Minister Theresa May has managed to shift the European Union away from its earlier intransigence, particularly when it comes to a continuing role for the European Court of Justice.And on the “Brexit bill,” a clever compromise means that the EU gets largely what it wants, but the UK avoids handing over a large check now.

Yet on Ireland, this has been a textbook example of kicking the can down the road.

We are no nearer to knowing which party to the Irish discussions will end up feeling betrayed: the Republic of Ireland, by the imposition of a hard border between it and Northern Ireland? The Democratic Unionist Party, by the placing of that border in the Irish Sea, cutting it off from the rest of the UK?

Or Conservative Brexiters, via a decision to keep the whole of the UK in the EU’s single market and customs union, which they would see as remaining in the EU in all but name.

There is no fourth option. The notion that “full alignment” with internal market and customs union rules in the event of no agreement on Ireland will survive first contact with either the European Court of Justice or a hardline Brexiteer such as Jacob Rees-Mogg strikes me as fanciful.

So there is a lot still to be done. Yet this step-by-step approach makes sense.

First, because the government in the UK is capable only of small steps. Political instability at home means long- or even medium-term thinking is impossible.

Second, because, given this instability, we have no idea what the political landscape will look like in a year’s time.It is only a year from now that an actual deal needs to be struck. And things will be much tougher at that point. By then, we will have had talks on transition that make it clear the UK will still be bound by EU rules even once it has ceased to be a member state.

By then it will be obvious that the Brexit bill cannot be used to secure favorable terms on a trade deal. We will hardly have started talking about that deal when agreement on the bill is being signed.And so while everyone should welcome the progress made, no one should mistake it for a deal. That is yet to be done.And so, as with so much to do with Brexit, the saga will roll on. …

By Professor Anand Menon, Director of The UK in a Changing Europe. This piece originally featured on CNN.