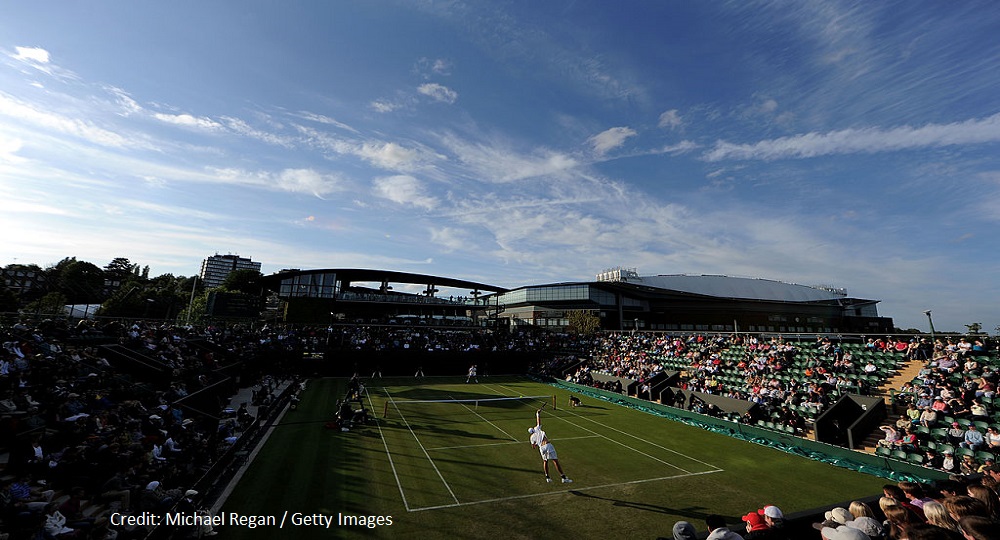 It is hard to imagine a better Brexit outcome for the prime minister.

Four and a half years after the EU referendum, he clinched an agreement with the EU that many thought impossible.

Nigel Farage’s declaration that “the war is over” underlined that Johnson had done so without alienating even the most hardline Brexiters.

If Labour’s support was the icing on the cake, a YouGov poll that showed a marked increase in the proportion of voters who thought the government was handling Brexit well (from 24% on 20 December to 37% on 28 December), was the cherry.

So, game and first set to Boris Johnson.

If perhaps not quite a bagel, this was, nonetheless, a pretty comprehensive victory. Yet it is worth recalling two things about the tennis scoring system.

First, (and for the benefit of some remainers) once you have lost a set, there is no point dwelling on it.

Second, however easily you win the first set, the second starts at love-all.

There is a lot more of this match to go – and the result is still not clear. Remember John Major’s press secretary declared that it was game, set and match to the British prime minister at Maastricht.

Even in terms of relations with the EU, there are many issues unsettled, including the EU’s “equivalence” decisions for financial services and an “adequacy” decision that would allow for the continued free flow of data.

These issues are unilateral decisions for the EU. The ball is in Brussels’ court.

Moreover, problems with implementing what is both a rushed and an incredibly complicated set of arrangements are bound to arise, and will have to be addressed in the myriad new structures the agreement has created.

The demand to take back more fish will resurface in five and a half years, when this transition period runs out. And as if all that were not enough, the two sides have agreed to review the whole agreement every five years.

But that is just the deal. Trickier for the prime minister is what to do with his newly won sovereignty. For many leave supporters, Brexit was a means to an end, rather than an end in itself.

A central theme of Conservative Euroscepticism for the last three decades has been the claim that EU membership imposed costly and cumbersome bureaucracy on the UK that acted as a drag on economic growth.

The government argues that the UK can use its newfound regulatory freedom to invigorate its economy through what Michael Gove has referred to as “smarter and better” regulation.

Freedom, however, comes at a price.

Under the terms of the newly signed agreement, moves by the UK to cut regulatory standards could be met by almost immediate retaliation in the form of new tariffs, losing the prime minister’s central (some would argue, sole) achievement in his trade agreement.

And even when it comes to specific sectors, there are difficult choices to be made. The chancellor has claimed that leaving the EU means the UK can “do things differently” to make the City of London the most attractive place to list companies in the world.

In the same breath, however, Rishi Sunak reassured us that dialogue was continuing with the EU over equivalence decisions. These will determine how easily financial services firms can trade with the EU.

Yet the more ministers emphasise their desire to diverge from EU rules, the less likely EU authorities are to grant the equivalence they seek. The tradeoffs between autonomy and market access inherent in Brexit have not gone away.

Of course, a defining feature of the past four years has been a refusal on the part of the government to openly discuss or, indeed, acknowledge the existence of these tradeoffs.

It was entirely fitting that, as his last shots of the first set, the prime minister declared that “there will be no non-tariff barriers to trade”, allowing businesses to do “even more trade with our European friends”.

As long as the material impacts of Brexit were not visible, this strategy worked just fine. Now, however, we move from Brexit prophecy and the government cannot hide from Brexit reality for long.

Advertisements on Christmas TV, followed by Gove’s media round, were designed to ram home a very different message: businesses needed to be ready to deal with an obstacle course of new barriers to trade from 1 January.

It is those barriers that mean Johnson’s deal will depress UK growth – shaving about 6.4% off UK GDP per person over the next 10 years, according to forecasts by my thinkthank, UK in a Changing Europe.

Next year, people are more likely to notice immediate disruption and supply chain glitches from Brexit. But these effects will be masked by a short-term vaccine-fuelled economic recovery.

Brexit, however, will sap our economic potential over the long term, and those effects will become clearer when the pandemic recedes into the past.

Even with a deal, the impact of Brexit on the economy will be significantly greater than that of the pandemic.

Yet ministers present Brexit as a springboard from which they will be better able to achieve ambitious economic objectives.

Gove implied leaving the EU meant the government could now more effectively turn its attention to “levelling up” the country.

The combination of Brexit and the pandemic, however, will have the opposite effect – both imposing the heaviest costs on the poorer parts of the country.

And, as if all that were not enough, there are the indirect and, from the government’s perspective, unwanted consequences of Brexit to address.

Foremost among these is the determination of the Scottish National party to use Brexit as a launchpad for another independence referendum.

Polls suggest that Nicola Sturgeon will secure another majority in 2021 on the basis of a pledge to go to the people again.

Johnson would doubtless reject calls for another Scottish independence referendum. Consequently, by the time his term in office enters its final phase, he will be playing for extremely high stakes.

Labour will struggle to secure a majority on its own, given the position from which it will have to fight the next election. This raises the prospect of a “progressive” coalition, and with it IndyRef2.

Johnson may think the threat of Sturgeon will aid his chances of securing a second term. But much will hinge on his success in delivering on his Brexit promises.

In the UK, it is only from 11pm on New Year’s Eve, when the transition period comes to an end, that the prime minister will confront his stiffest Brexit challenges.

In a country still divided down the middle, where Brexit identities remain stronger than attachments to political parties and where success depends as much on subsequent policy success as on leaving the EU itself, Brexit is far from done.

Game set and match this is not.

By Anand Menon, Director of the UK in a Changing Europe. This piece originally featured in The Guardian.