Brexit is not ‘done’ 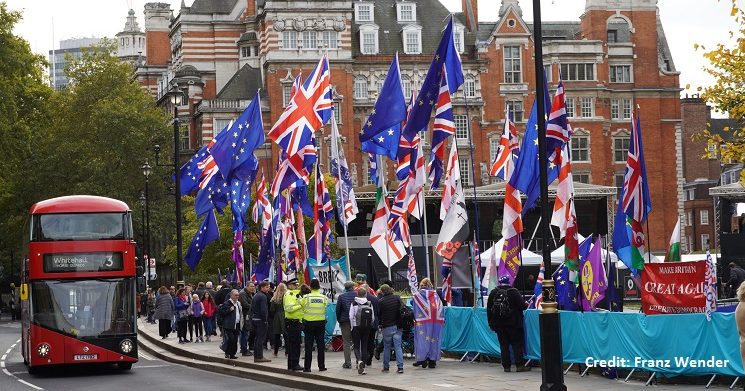 The UK is no longer a member state of the European Union, so in this sense at least, the outcome of the 2016 referendum has finally been honoured.

But how done is ‘done’? And what happens next?

While Brexit to date has hardly been easy, a new report by the UK in a Changing Europe shows that much of the real work still lies ahead.

First, there are negotiations. These will require trade-offs.

The government now faces a choice between aligning with existing EU rules, which will allow for more trade, and regulatory autonomy, which grants the UK national control but makes trade harder. That choice will have consequences.

Before those consequences really kick in, however, the government will need to start forming new policies in areas where the EU has played a significant role to date.

Among the most obvious are agriculture, environment and immigration. Under Michael Gove’s leadership, the Department for Environment, Food and Rural Affairs developed radical policies on the first two, which it falls to his successor to implement.

The EU will be looking on anxiously to see whether Britain’s future legislation on these areas signals its commitment to maintaining and enforcing the high standards that EU membership prescribes.

On immigration, however, change could be rapid. The task facing the government – devising and implementing a new, points-based immigration system – is challenging and potentially disruptive to sectors that currently depend on a steady supply of labour from the EU.

There will also be a simultaneous economic fallout to cope with. Brexit has already weighed on the UK’s manufacturing output and investment, and a bare-bones trade deal could spell trouble for just-in-time supply chains, which require frictionless delivery systems to work.

Meanwhile, the apparent decision by the government to prioritise regulatory autonomy means that even a free trade agreement would present new barriers to trade. Tariff- and quota-free trade alone offers nothing for the service sectors, where the UK currently runs a surplus on trade with the EU.

The government’s solid majority will end the legislative stalemate of the past two and a half years. Phase two of the Brexit process might prove less consuming than phase one.

But the process of disentangling the UK from EU regulations will still demand much time and attention from ministers and civil servants. And the fiscal impact of leaving the customs union and single market will constrain the government’s ability to deliver on Boris Johnson’s promise to “level up” the United Kingdom.

More broadly, there is little evidence that the government has a coherent strategy to reshape the British economy after Brexit – its emphasis seems to be on damage limitation on the one hand, and largely symbolic gestures on the other.

Brexit has also cast light on the institutional structures of British politics, and questions of representation, legitimacy and democratic reform. Parliament will need to decide if – and how – to scrutinise what the EU is doing after the transition.

For the civil service to deal with the next phase of the Brexit process it will need an expanded unit in the Cabinet Office (not to mention that some in government seem keen to bring about far more profound and wide-ranging reforms to the civil service).

At the same time, the government’s intention to hold a review into constitutional issues could herald reforms to the relationship between politics and the judiciary.

Which brings us to Britain’s territorial constitution. The events of the past three years have placed significant strain on the devolution settlement. Questions over the Northern Ireland border and Scottish independence show no sign of abating.

There remains the real, politically contentious prospect of a border in the Irish Sea. After three years without a fully functioning executive or assembly, the newly restored Northern Ireland executive will have its work cut out implementing the NI protocol, and ensuring this is consistent with the deal to restore devolved government.

As if this weren’t enough, we live in a country where social values as well as social class drive the electorate. Politics has changed – and will continue to do so. The interaction between values and class will be crucial for the strategies of individual parties.

Can the Liberal Democrats successfully target remainers now remain is now longer an option? Will the Tories be able to maintain their new voters, while winning back more traditional pro-business, pro-European Conservatives who abandoned them over Brexit?

There is an awful lot to be done. But we are better placed than we have been in some time to have a serious debate about our immigration system. Brexit may have been the fillip that was needed to address long-overlooked constitutional issues.

The referendum and its aftermath may finally force us to confront enduring economic problems, such as a lack of skills and profound regional inequalities.

We may be out of the European Union, but Brexit is not, by a long stretch, out of our system.

By Anand Menon, director of the UK in a Changing Europe.