Brexit is not just a British creation 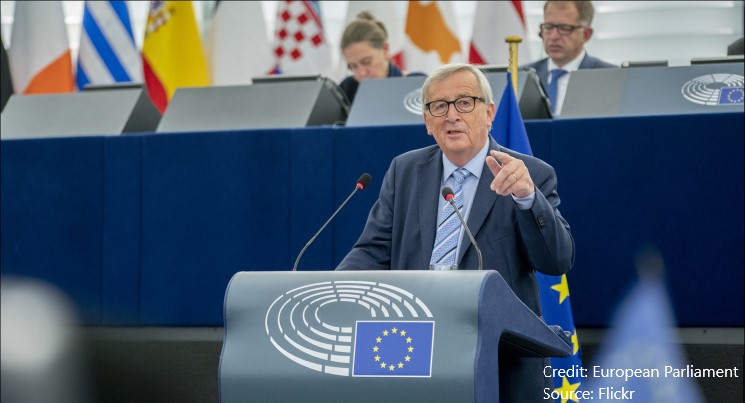 Brexit has mostly been considered as an internal British problem.

The British, as we often read here on the continent, have a track record of being difficult when it comes to European integration, and the EU has long been the hot potato of the Conservative Party.

Time and again the EU repeated that it was the UK that should come up with proposals on Brexit, and often the desperate question was heard: what do the British want exactly?

The UK seemed unprepared, was misled by populists, and wanted both access to the EU and not keep to the rules.

This may all be true, but it does mean that in all of this, we forgot to discuss the position on of the EU.

Maybe a few questions can help to bring the European dimension into the equation.

First, how special are the British?

Of course, in no other country is exit being seriously considered, and the fact that it is in the UK is perhaps indicative of British eccentricity.

However, its division over the EU is not special.

In France, Emmanuel Macron defeated Marine Le Pen by a narrow margin in the elections of 2017, and we now see a country divided on Europe, with critics on the left (led by Jean-Luc Mélenchon) and cautious supporters on the right (under François Fillon).

In Italy, Salvini’s eurosceptic party was only just kept out of the government.

In many countries the EU is controversial, to put it mildly.

One explanation for the European consensus on Brexit is the fear in some countries that a smooth Brexit will put the wrong ideas in citizens’ heads – especially when discussions about a slowdown in economic growth, the effect of negative interest rates on pensions, housing bubbles and weak bank buffers show that below the surface tension is rife.

In this context, member states have been thinking about how to find a workable balance between strengthening cooperation and maintaining a feeling of national autonomy.

The actual exit may be typically British, the discontent is not.

Second, is the slogan ‘take back control’ merely a nonsensical one?

For decades, the EU has been harmonising policy: as I recently wrote in a report for the Dutch parliament, the European Commission makes proposals for policy that lead to compromises between member states and the European Parliament.

In successive policy reviews these compromises are elaborated in more detail and specified, thus adding to the regulatory burden.

In addition, details for legislation are continuously being developed and supplemented in all kinds of technical committees.

There is nothing wrong with this in principle, since markets need legal frameworks, but the question now is whether the overall level of harmonisation has become excessive.

For quite some time now, the EU has been expanding its regulatory efforts and remit, and policy fields like taxation are increasingly coming under the its influence.

But this runs counter to the fact that the member states vary greatly in their harmonisation and integration ambitions.

‘Take back control’ resonates around other European capitals too, but in a slightly different sense: it is important that we determine the areas in which more or less flexibility is called for.

Due to the discord on the continent, few of Commission President Juncker’s grand ambitions have been realised.

There is something amiss between the wishes of the member states and of Brussels regarding deeper integration.

Juncker hoped to mark the original Brexit date – 29 March this year – with a discussion on reforming the EU on 30 March.

He hoped the time was right for him to get broad support from the member states for his ambitions without the British interfering.

This proved a miscalculation, and the idea was parked. It seems the British are not the only ones that suffer from some sort of reluctance.

After years of substantial European harmonisation and deepening, it is now time to seriously start considering other paths.

However, the Commission led by von der Leyen continues to pursue great ambitions, including pushing to finally establish a European democracy with transnational lists for the European Parliament elections, and a substantial increase in the EU budget.

This probably again means institutional discussions which may be interesting for insiders but which the broad public might mostly sees as an exercise in European navel-gazing.

Finally: what role had the UK actually deserved in the EU?

We should take a critical look at the Franco-German axis as the engine of European integration.

Although it seems to be faltering somewhat, it continues to set the agenda.

The Franco-German axis is regarded as  ‘proxy democracy’ in the EU: if these two parties agree, the tone is set for the other member states.

A proxy democracy in the EU is not sustainable anymore considering the increasing differences between and within the member states.

There are member states, or large parts of our populations, that do not feel represented by the Franco-German axis, and not all member states take part in every EU policy.

The British, for instance, have not joined the euro – which was probably the most significant policy to emerge from Franco-German axis.

The fact that France has little interest in the British is understandable, but why have German governments held on to the exclusiveness of that partnership for so long?

Why was the UK not brought into this ‘engine’?

Perhaps British politicians would have felt more at home in the EU if the UK too had been acknowledged as crucial.

Granted, there would have been extra tensions in the EU if more heed had been paid to the British wishes, particularly as regards restricting the free movement of persons, or, as now on the table, in the discussions on strengthening the European democracy.

The question is whether we on the continent prefer to conduct such discussions with or without the British.

The above three points argue in favour of substantial discussions about the principle of ever-growing harmonisation of European regulation, about European ambitions, about the Franco-German axis, and about maintaining cohesion even if member states are not in the euro or Schengen.

These issues were hardly considered in the deepening discussions advocated by Juncker.

It is a mistake to pretend as if Brexit is merely about the UK and not about the EU as well.

When I asked a high-ranking British official what sort of European reform discussion would help keep the British in the EU, he replied: ‘Forget it, the EU only wants to talk about more Europe’.

The paradox of Brexit is that without the UK it may well be more difficult to conduct fundamental discussions about a European future that continues to be supported by the diversity of citizens.

If it were up to me, the EU would ask the UK for an extension – not because the UK needs it but because the EU should first address some fundamental questions.

How many Brexiteers do we need to show some accommodation in relation to pluralistic views in the EU?

By Dr Adriaan Schout, Coordinator of EU Affairs at the Netherlands Institute of International Relations.