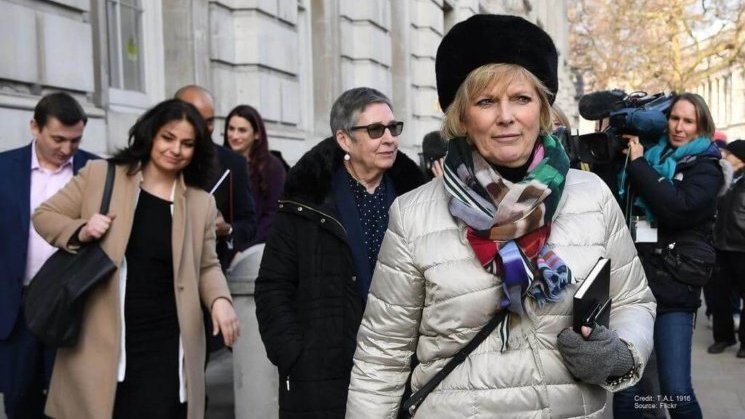 At first glance, the launch of The Independent Group (TIG) of Labour and Conservative MPs is a major structural shock that threatens to reorder the landscape of British politics.

The more pertinent question about TIG is not why the split happened in February 2019, but why it took so long for a major act of fragmentation in the UK party system to occur?

That both of the main political parties remained essentially intact until early 2019, nearly three years after the referendum on Britain’s membership of the EU, is testimony to the extraordinary resilience of the two party duopoly that shaped the British political system since the First World War.

Brexit has been the catalyst for a rupture in Labour and the Conservatives that has, in truth, been a long time in the making.

The political identity of both of the main parties in British (or at least English) politics has been in flux for several decades. Labour’s post-war identity as the party of the working-class, state ownership, community, and collectivism is now riddled with ambiguities.

The Conservatives, similarly, have suffered a protracted identity crisis, as their internal divisions over Europe have intensified. As a consequence, it is no longer clear which ideas or interests either party really stands for.

The effort by each of the party leaders to provide a cogent answer has merely provoked further division and sectarianism, deeply alienating to the moderate wing of both parties.

The incompetent handling of Britain’s departure from the EU has pushed the parliamentarians that now comprise TIG over the edge. How events in the Brexit process unfold in the coming months will determine whether a more fundamental haemorrhaging of the major parties takes place.

The conventional wisdom of British politics dictates that the long-term significance of TIG will be to drag both of the established parties back towards the mythical centre ground of electoral politics.

There is already evidence of such an effect in the few weeks TIG has been in existence. The Prime Minister has been compelled to give ground to those in her Cabinet and parliamentary party vehemently opposed to a ‘hard’ no deal Brexit.

Jeremy Corbyn, meanwhile, has shifted his position on Europe towards conditional support for a so-called ‘people’s vote’.

There has been a belated effort by Corbyn’s supporters to acknowledge the extent of the institutionalised anti-Semitism that now pervades Labour, crystallised by the recent decision to subject the MP Chris Williamson’s inflammatory remarks to disciplinary action.

Yet TIG themselves appear to have a more ambitious objective than making their own former parties fit for office, namely to ‘break the mould’ of the established party system.

They do not seek merely to remake the Labour party or the Conservative party; TIG is seeking to destroy those parties as the dominant force in British politics for the last century. Initially, the new party might be tempted to say as little as possible to maximise its appeal to non-aligned median voters.

But whether they can redraw the battle-lines of UK politics in the longer term depends on whether TIG are capable of forging a concept of political ‘centrism’ that has enduring electoral appeal.

Their initial approach will be to pick up where the third way left off after Tony Blair’s departure from office in the late 2000s.

Although now much derided as a capitulation to neo-liberalism, the third way was merely a label for an enduring debate within European social democracy about the revision of core ideological objectives for changing times.

The third way posed a fundamental question about the appropriate relationship between the market and the state, given that by the 1980s and 1990s the Left in most advanced capitalist countries no longer aspired to own and plan the economy through centralised government bureaucracy.

To be sure, the financial crisis of 2008 delegitimized the third way by exposing the apparent complacency of social democrats over the impact of free markets and financialization on inequality.

But the original insights of the third way – even if the label is wisely abandoned – could still be of considerable assistance to the burgeoning Independent Group.

For one, the third way, like the TIG, has actively promoted a ‘new politics’, a desire to radically reform the manner in which conventional politics operates.

Historically, Left parties had been complacent about political reform, assuming that the state machinery would willingly enact their radical programmes. The new politics is as much about transforming the process, as the ideological content of politics and policy making.

Reforming political institutions might include changing the electoral system, but it also involves opening up policy making through deliberative structures that engage citizens directly in taking decisions.

The third way further espouses a ‘what works’ approach to public policy that has proved to be of enduring appeal to voters. The views of most citizens cannot easily be compartmentalised into neat ‘Left’ and ‘Right’ categories.

Most voters in Britain want governments to deliver strong economic growth and decent public services – available to all at the time of need ‘from the cradle to the grave’.

They are less concerned with grand ideological narratives. Above all, they want governments to solve pressing economic and social problems. There is currently a big space in the political marketplace to which the TIG can readily appeal.

The established political parties have gambled that British voters vacated the centre ground over the last decade. Both are responding to the so-called era of populism.

The Conservatives believe the electorate is in revolt against globalisation, the erosion of national sovereignty, and the porosity of national borders.

Labour, on the other hand, estimate that the voters have become antagonistic towards over-mighty financial capitalism. The arrival of TIG on the political scene means the narrow ideological assumptions of both party leaders are about to be tested, possibly to destruction.