Brexit: it’s not just where Britain’s going that matters, but how it gets there 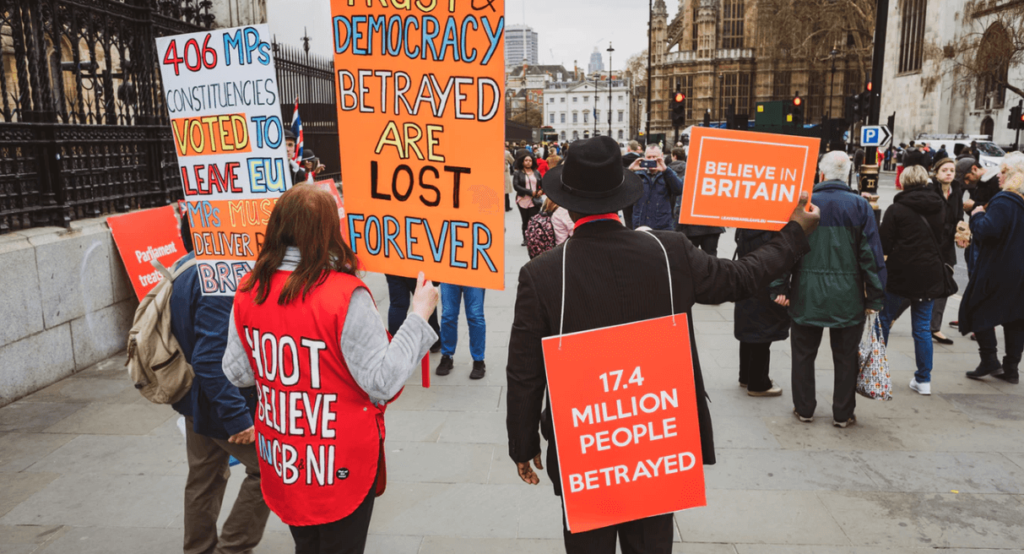 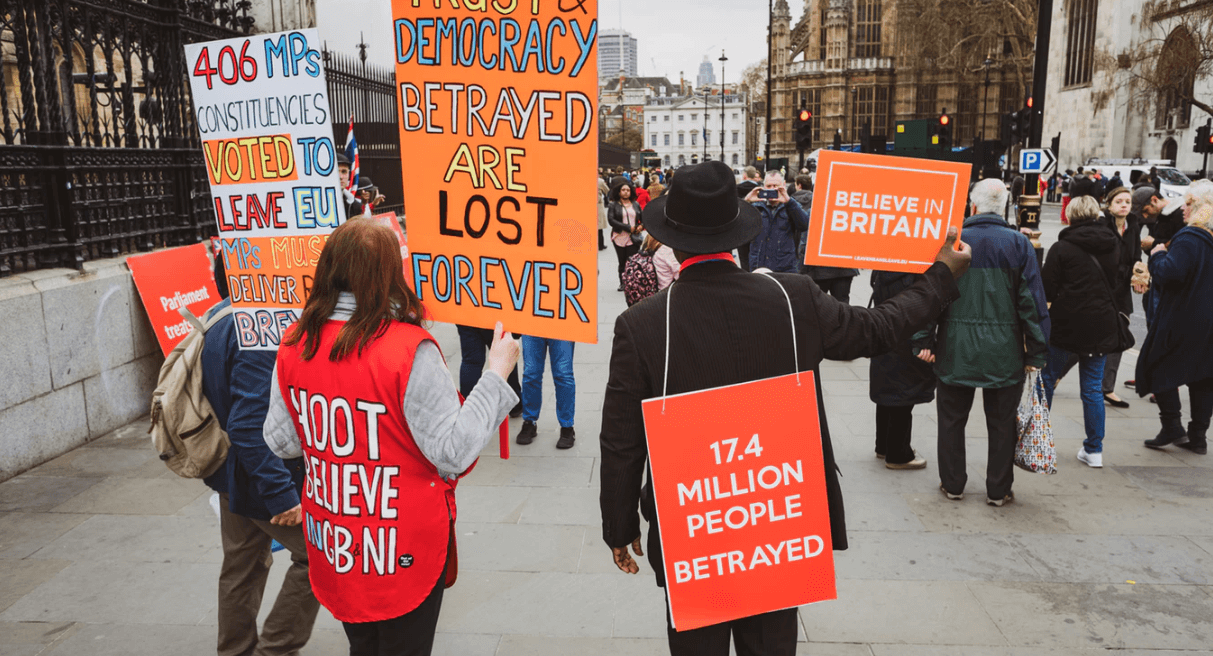 We’re talking a lot about Brexit in Britain. Whether it’s our hopes or – more likely – our frustrations, it’s the subject that we never quite seem to escape from.

But take a step back and think what those conversations focus on: outcomes. I’m guessing many people have a pretty good idea of what their family, friends and colleagues would like the end point of this process to be. It’s no coincidence that more people identify as Leavers or Remainers than as members of political parties.

Probably much less clear is how the potential outcomes – leaving the EU without a deal, leaving with a deal or remaining – are going to come about. The referendum was an exercise in ends, not means.

The two campaigns fought for votes with sweeping promises, but no fixed single plan. The vote wasn’t like a general election, where the winners have to take office and make good on their manifesto. Instead, the incentive was for campaigners to say whatever would get people to send votes their way, and if they won then they’d decide what that meant.

That’s why most of the second half of 2016 was spent with politicians arguing that they knew what the people wanted from Brexit.

Making it up as we go

The referendum also failed to produce any consensus about what happened next: it was a decision that lacked a rationale and a roadmap. It’s one thing to say we want to take back control, but quite another to translate that into a practical course of action. And so we’ve had to make it up as we go along.

Of course, all politics is like this. The vagaries of life mean we’re never quite confronted with what we expected. But usually that happens within a fairly well-defined range of parameters, with a political system that can make improvised decisions on the basis of generally-agreed principles.

Brexit hasn’t fitted into that mould, for three reasons.

First, its scope is so broad that its implications touch on every area of our political, economic and social lives. Second, its novelty means that we lack useful benchmarks to judge our actions: in legal terms it might simply be leaving an international organisation, but it clearly goes far beyond that.

And third, the division that the referendum exposed and reinforced between different sections of British society have made it very hard to find common ground.

The upshot has been a growing willingness, from all sides, to do whatever it takes to secure the outcome they want. The UK has gone from being one of the more sedate political systems of the world to one where ever more creative takes on the constitutional and parliamentary procedure are being suggested.

Conservative leadership contender Boris Johnson has not ruled out proroguing, or shutting down, parliament in order to push through a no-deal Brexit. Meanwhile, the Conservative MP Dominic Grieve managed to get parliament to approve an amendment to a piece of legislation regarding Northern Ireland, which could make shutting down parliament more difficult. And the former prime minister, John Major, suggested he may take a future Johnson government to court to prevent parliament being shut down.

Brexit matters. The choice we eventually make will have profound implications for decades to come, both for the UK and for its place in the world. But that is precisely why it’s essential that the manner of taking that decision matters as much as the decision itself.

Already we see how distrust of the people and processes that have got us this far has poisoned our ability to progress. Whether you think campaigners broke the rules in the referendum or you think judges are enemies of the state or you feel the media is a cheerleader rather than a reporter of what’s happening, if we don’t trust the way we make the decisions, then we risk also losing trust in the decisions themselves.

All of which brings us to one of the bigger questions of politics: do the ends always justify the means?

History shows us that part of what makes a democracy work, and work in a sustainable way, is a consensus about rules. Constitutions embody and embed that consensus in a way that is different from other rules for precisely that reason.

But extraordinary exceptions have a habit of becoming the norm, as with the emergency powers given to governments post 9/11; the revolution justifies the counter-revolution. We can disagree on what to do, but we need to agree on how we make a decision between the choices facing us – leaving with a deal, leaving with no deal or remaining – otherwise we risk damaging everything that follows.

Usually, this is the point where the author offers a solution, but you’ll not get that here. It’s not for me to tell you what to do, beyond sitting down together and working together to see where our common ground lies. And if we find that our existing political processes won’t work to resolve this – for example, a general election – then we need to agree on new ones that do.

So as politicians and the public alike work on their plans this summer, they might want to reflect on not the “what” of Brexit, but also the “how”. Maybe that might make some of those Brexit conversations a bit more productive and enlightening.

By Simon Usherwood, Deputy Director of the UK in a Changing Europe. This article is republished from The Conversation under a Creative Commons license. Read the original article.