New data from Ipsos-Mori, in conjunction with EU-UK Forum, shows that only around one in three (30%) people believe that Brexit will have a negative impact on financial services. In the survey, only the NHS and professional services are understood to be more negatively impacted by Brexit.

This finding contrasts sharply with economic forecasts of the impact of the Brexit trade deal on financial services.

For example, the Office for Budget Responsibility identifies financial services as one of the economic sectors most exposed to Brexit risks over the next five years.

Since the Trade and Cooperation Agreement came into operation on 1 January 2021, the outlook for UK financial services, particularly in relation to EU market access, has not improved. Currently, London has less automatic single market access than New York and Singapore.

In some ways, the stark contrast between public attitudes to the Brexit risks for financial services and post-Brexit economic forecasting for the sector reflects wider debates about the extent to which the economics of Brexit have been effectively communicated and debated.

However, in the case of financial services, there are other issues in play, notably the sector’s geography. In short, risks and opportunities for the post Brexit City of London are not widely understood to apply to local economies across the UK.

This reflects the international, rather than national, orientation underpinning the success of London’s financial district. It has developed particular strengths in foreign exchange trading and in attracting the headquarters of international banks, for example.

Given London’s dominance in global financial markets, it is not surprising that analysis of the Brexit impacts for financial services focus on the City. But this does not mean that the implications are confined to London.

Our research shows that financial services is an important source of employment well beyond London. The risks and opportunities Brexit poses for these regional economies demands more attention.

Across the UK, the average local authority has 7.4% of its employed population working in financial, professional and business services.

Alongside financial services work, our classification includes those working in closely related areas such legal services and accountancy. 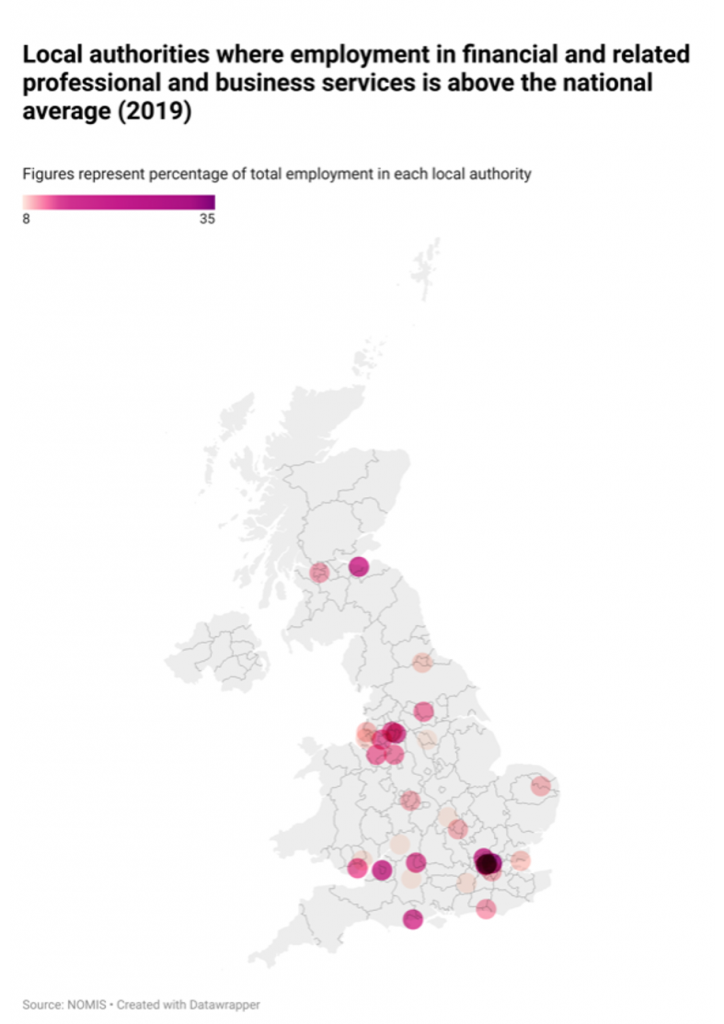 However, regional cities also have significant clusters of financial services employment. For example, in Edinburgh,14% of jobs are in financial and related professional services.

These are clustered in asset management and increasingly fintech. Meanwhile, the equivalent figure for Bristol is 13.5%, but here the focus lies more in insurance.

For example, 12.7% of jobs in Bournemouth and Poole are in financial and related services. These jobs are largely found in JP Morgan’s service centre which was founded in 1986.

Similarly, 12.1% of jobs in Swindon are in financial and business services. Here the focus is on retail banking, with offices of Nationwide and Zurich in the town.

Building on London’s success, many towns and cities have targeted financial services as a source of economic growth. For example, financial, business and professional services is the largest sector in the West Midlands.

The West Midlands Local Industrial Strategy published in 2019 builds on this, identifying the growth of what it terms ‘modern services’ as an economic priority.

This has yielded results. Birmingham is already home to the UK headquarters of HSBC and Deutsche Bank has a significant presence in the city, focusing on technology. Goldman Sachs has also recently announced plans to open a significant technology focused office in Birmingham.

One of the attractions of locating outside London for financial institutions is cheaper labour costs. However, this comes with risks for regional towns and cities.

Previous financial crises saw cost-cutting focused on back-office functions in places such as Newcastle and Leeds.

This could be repeated if financial service firms seek to reduce labour costs in order to repair their balance sheets following the Covid-19-induced recession.

Any such cost reduction would hit regional financial centres in the UK disproportionately harder than London.

Brexit also poses risks for financial services employment outside London beyond the question of labour costs.

As in London, financial service firms have already relocated parts of their business from regional centres in the UK to the EU to secure continued single market access after Brexit.

Regional economic policy makers, like those in the West Midlands, who have embraced financial services as a source of economic growth as part of the UK’s wider finance-led economic growth model will need to recalibrate these plans in light of Brexit.

This growth model was driven to a large extent by the regulatory reforms of Big Bang in London in the 1980s. Rishi Sunak has raised the prospect of a post-Brexit Big Bang 2.0. The impacts of any such regulatory changes need to be analysed both within, and beyond, the City of London.

By Professor Sarah Hall, senior fellow at UK in a Changing Europe and Martin Heneghan, research fellow for ‘Financial services in a changing Europe: Brexit and financial centres across the UK’ based at the University of Nottingham. 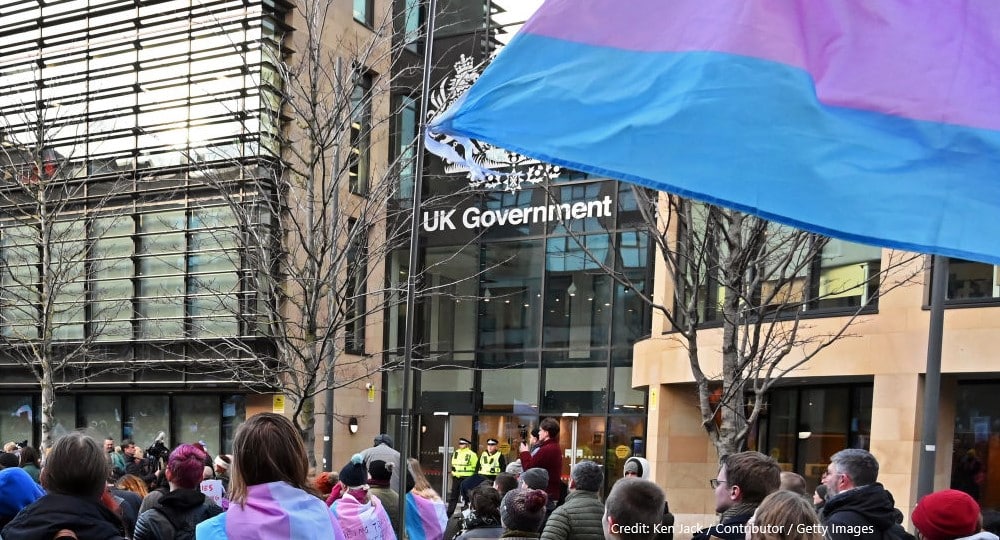