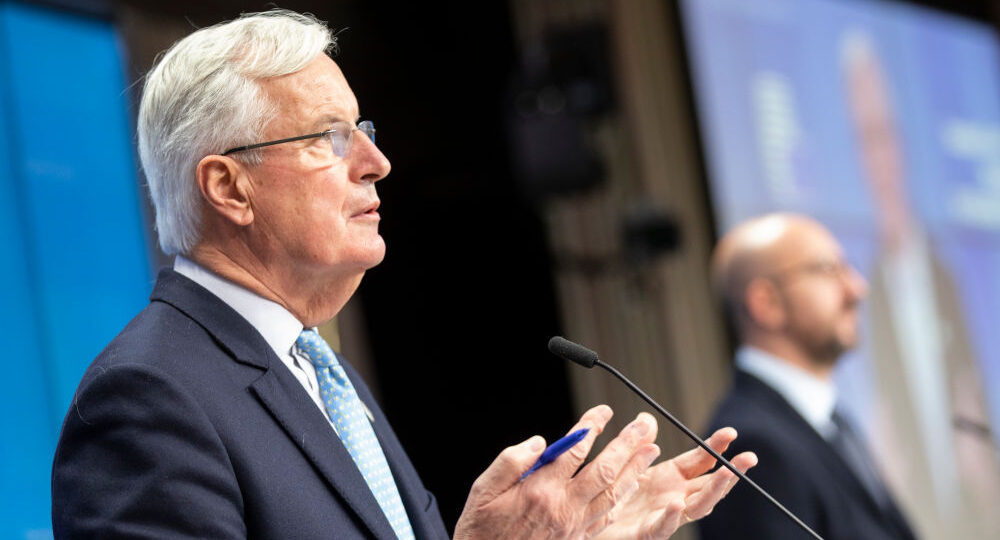 Once anticipated as a key milestone on the road to an agreement, the October European Council and its aftermath have instead led to greater uncertainty about the possibility of a deal in the Brexit negotiations. The signs are not encouraging.

With EU political leaders standing firm, an expression of disappointment by the UK chief negotiator on Friday was followed by Boris Johnson’s announcement that the UK is now walking away from the Brexit negotiations unless the EU fundamentally changes its approach.

The Prime Minister had cited the summit as the deadline for a deal, but it had been apparent for some weeks that progress was unlikely. For some time, the UK has been pressing the EU to move into the ‘tunnel’ – the phase before the final deal where negotiating teams meet in a closed space to resolve outstanding problems.

The EU had refused, because it does believe that enough has been done on the four key issues: the level playing field, governance, dispute settlements, and fisheries. The EU also rejected London’s request to share legal texts, which it viewed as part of a strategy to cement UK wins in the negotiations so far, while using fisheries as a lever to win concessions in the the areas which matter most to the EU.

Nine rounds plus of Brexit negotiations have led to agreement in some areas. However, despite some movement on both sides away from their maximalist positions on the outstanding issues, there has been no breakthrough.

Noting that the EU had refused the UK the same terms as Canada, despite the UK’s 44-year membership of the EU, the PM warned in a statement on Friday that there would be no further talks on trade or security unless the EU adopts a ‘fundamental change of approach’.

It continues: ‘They want the continued ability to control our legislative freedom, our fisheries, in a way that is obviously unacceptable to an independent country’. It concludes that the UK should prepare for ‘arrangements that are more like Australia’s, based on simple principles of global free trade’, which is code for ‘no deal’.

Even after the narrowing of its original aims, the UK is still looking for a far more ambitious agreement with the EU than the EU negotiated with Canada. Whilst that agreement required the negotiation of a long list of tariffs, the UK is asking for ‘zero tariffs, zero quotas’ access for its exports to the EU.

Though it has dropped some of its initial aims, the UK also wants the agreement to cover areas that were not included in the Canada agreement, such as access for road hauliers, aviation, and energy, which are closer to the terms enjoyed by Switzerland as a member of the single market, but not the EU.

Whilst it is ready to meet the UK’s ask for ‘zero tariffs, zero quotas’, the EU has made clear that it will only allow access to the single market on these terms if there is a level playing field between UK and EU firms – a commitment to which the UK signed up in the Political Declaration.

The EU requires guarantees that the UK will not undercut existing labour or environment standards, and that it will introduce a state aid regime that will prevent UK companies from gaining an unfair competitive advantage in the form of government subsidies.

Importantly, the EU has moved away from its initial demand that UK rules should remain aligned with EU regulations, but it does require commitment in these areas, including in assuring implementation. Even more so after the Internal Market Bill.

This is also tied up with the EU’s insistence on a single governance framework rather than the multiple series of agreements that the UK initially sought.

The UK sees the advantages in such an arrangement, not only because it will be easier to ratify a single comprehensive agreement rather than several smaller agreements, but it could also take advantage of the monitoring and cross-retaliatory benefits that a single framework would afford.

After the European Council, Lord Frost had expressed surprise and disappointment at the EU’s hard line. In this context, it was instructive to hear Andrew MacDougall, senior adviser to the Canadian PM, Stephen Harper, at the time that Canada was negotiating the Comprehensive Economic and Trade Agreement recall the negotiations with the EU as ‘long, frustrating and humbling’.

The EU is fully aware not only of the relative size of its market, but its ‘raw regulatory power’.

Despite the UK’s warning that the EU chief negotiator, Michel Barnier, should cancel his planned trip to London this week unless the EU has changed its position, contact between the two sides has continued and an agenda for a further round of negotiations may still be scheduled.

Over the weekend, the Chancellor of the Duchy of Lancaster, Michael Gove, who led the Leave campaign with the PM, has also emphasized the UK’s willingness to reach a deal.

Although the future of the Brexit negotiations remains uncertain, the last few days have been a learning experience. A blow has been dealt to the view that persisted in London, despite Theresa May’s experience in Salzburg, that only Barnier’s obstinacy is obstructing a deal and that the EU’s political leaders would be much more conciliatory.

The margin of compromise that the EU might make on fisheries has also been tested. The eight member countries led by France for which fisheries is a special interest have made clear their opposition to weakening Barnier’s negotiating mandate on this issue.

Although it looks like Boris Johnson’s bluff has been called by the EU, what the UK actually wants is difficult to determine. In Brussels, officials are inclined to interpret the signs from London as principally for domestic consumption.

At this point, whether the outcome is deal or no deal is too close to call. Although any agreement will be much narrower in scope than that foreseen by the Political Declaration, a deal would still benefit both sides.

Without the political will, however, that will not be enough to deliver a deal in the time available.

By Hussein Kassim, senior fellow at The UK in a Changing Europe