Brexit negotiations: what do we now know? 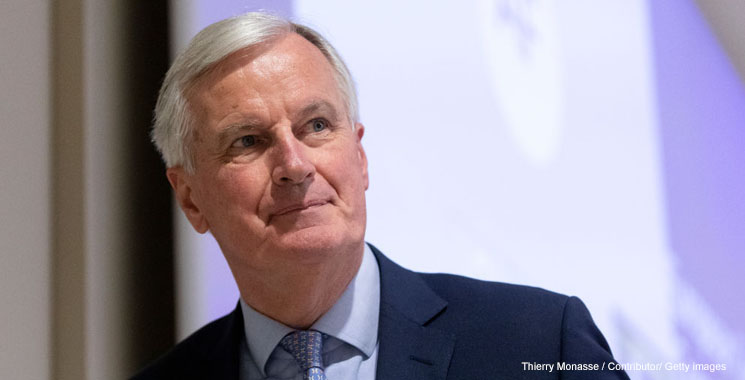 Meanwhile, on Friday, the spokesman for the EU’s UK Taskforce, Stefaan de Rynck, had an hour long chat at the Institute for Government; and on Sunday, Michel Barnier gave an interview where he told the UK it needed to take its commitments in the political declaration seriously to do a deal.

So what do we now know, just before round four of the negotiations kick off, that we didn’t know before?

The two sides will go on talking through the summer

There may seem little point, given the distance between the two sides, but de Rynck talked of negotiating rounds continuing through the summer and Frost gave no hint of an imminent UK walk out.

Earlier the government had said it would assess whether there was ‘good progress’ in the talks in June, and hinted that if there wasn’t, the UK might give up talking and just prepare for no deal.

Frost also announced that the PM himself would attend the proposed high level stocktake, which he thought might come in late June after the European Council. De Rynck downplayed the likelihood that Brexit would loom large at that Council.

The precedent argument isn’t cutting it

The UK pitch is based on taking up Barnier’s bottom of the staircase offer: nothing special, just a pick and mix of EU precedent – Norway on fish and extradition, Canada/Japan/South Korea on other issues.

Frost finally admitted that the UK was indeed trying to go beyond EU precedent in some areas – not least on services, where it wants, for example, to continue mutual recognition of professional qualifications – but he stressed that was a perfectly legitimate ask for an FTA.

De Rynck, meanwhile, was clear – there was no automatic entitlement to make an offer to one country simply because it had already been made to another. Perhaps had the EU made this clear earlier, rather than hiding behind the language of legal purity, this lesson might have sunk in by now.

A deal on fisheries will not be done by end-June

The Political Declaration committed both sides to use their ‘best endeavours’ to agree a deal on fisheries access by the end of June.

This is an area where both have what Barnier described at the end of the last negotiating round as ‘maximalist’ positions: the EU wanting to preserve access as now, the UK arguing for annual negotiations and as a more ‘modern’ approach based on “zonal attachment”.

Fisheries could be a dealbreaker, but even so, de Rynck noted that there had been ‘timid’ steps in the last round. Four fish sessions are scheduled next week to get into the detail of zonal attachment and more.

Security cooperation may founder on ‘principles’ not substance

Security cooperation could founder on the UK’s refusal to commit to letting the EU oversee its domestic implementation of the European Convention on Human Rights – where the UK’s insistence that it can be trusted to maintain high standards will not be enough to satisfy Brussels.

There is no meeting of minds on level playing field

David Frost explained the UK’s objections to the EU’s ratchet on labour and environmental standards to the Lords in painstaking terms – if both start the transition at ‘five’ but then the UK moves to ‘eight’ and the EU to ‘seven’ the UK would not be allowed to go below what the EU judged to be seven.

But de Rynck stressed he could not see why this was a problem since the UK stressed it only wanted the freedom to move up.

More threateningly, de Rynck explained that keeping the UK in line with the EU’s state aid rules was a major concern for EU businesses.

The EU did not want to have to rely on trade defence against unfair UK subsidies; that could mean continual disputes – it preferred to have the discussions upfront and prevention to cure.

De Rynck gave two reasons for this. First, so the partnership could develop and evolve over time, which sounds friendly and cooperative. But second he confirmed the UK’s suspicion that the other reason the EU wants this is to allow ‘cross-sectoral’ retaliation in case of a breach.

Extension is still on offer

Frost and Gove repeated the government’s position that the UK will not ask for an extension and would not agree if the EU proffered one. But one of the reasons many have feared an extension is that it would tie the UK into the EU budget and possible Covid liabilities.

There, De Rynck could give assurances based on (unusually) clear stipulations in the Withdrawal Agreement – the UK would negotiate a one-off lump sum as part of the transition extension, and not be on the hook for any future contributions.

Extended transition would leave the UK outside EU programmes, and outside its budget process. But it would have to be a rule taker.

The UK seems more relaxed about ending with ‘no deal’

Frost and Gove were relatively sanguine about ‘no deal’. As Gove said, “Canada and Australia (government code for no deal) are similar but not identical”. De Rynck was firmer: a deal could ‘evolve’ and the EU wants to hold on to the ‘core issue’ of a zero tariff and  zero quota deal was to be avoided “at all costs”.

It’s going to be a hot autumn

…as BBC Europe Editor Katya Adler told us this week. Talks are cordial, both agreed, but the UK and the EU are still a long way apart.