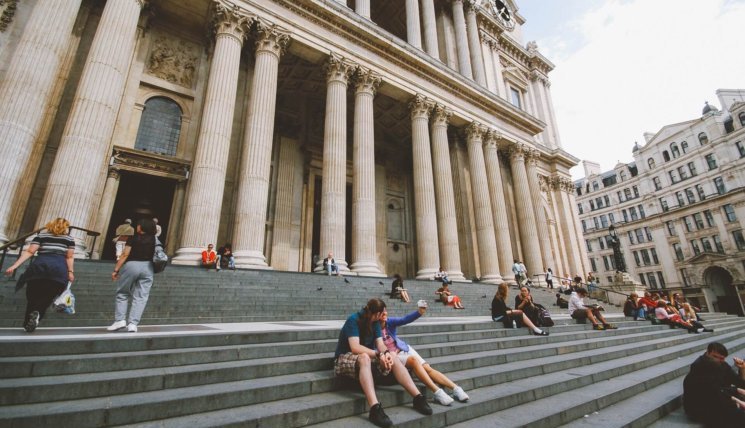 The UK’s Office for National Statistics has released its quarterly update on net migration. This time the figure, 248,000, the lowest level for nearly three years, is ‘favourable’ for the government.

But what does ‘favourable’ really mean? Theresa May’s decision to keep net migration in the Tory manifesto as the benchmarch for the success or failure of her immigration policy has been widely criticised on several grounds, not least because emigration and immigration behaviours depend on multiple factors beyond the reach of immigration policy, and a decline of immigration is likely to impact negatively on the British economy – an ‘economically illiterate’ target according to the former chancellor George Osborne.

But she stuck to it nonetheless, perhaps anticipating the adrenaline boost to her ‘tough on immigration’ credentials the ONS latest release was going to deliver a few days before the election. Apparently, there are still one or two UKIP supporters who haven’t decided to vote for her.

According to ONS data, the drop in the UK net migration figure is partly due to 25,000 fewer Poles and other eastern Europeans coming to work in Britain, possibly put off by the referendum vote, and a 16,000 rise in the number of them leaving. Uncertainty over their future legal status in Britain has also triggered a rise in the number of EU nationals and their family members applying to the Home Office for permanent residence and British citizenship.

Despite political and media focus has been on EU8 and EU2 nationals, EU15 nationals make 53% of current immigration from the EU. A surge in citizenship applications and grants for Italian, Spanish, German and French nationals (see table) is a reminder of how the consequences of Brexit are felt more widely among EU nationals.

The focus on recent arrivals, particularly from eastern Europe, has overshadowed recent and past immigration from older EU member states and, more generally, the fact that the UK has been a member of the European Union for 40 years. Throughout that time, there has been intermingling of people and institutions which can be most clearly seen in the growing number of bi- and mixed-nationality EU families in the UK and their children, many of whom were born in the UK and holding a British passport.

This is a growing, and yet understudied and underreported, segment of British society. In a post-EU referendum context, where the rhetoric about curbing EU immigration has permeated political, media, and popular discourses, producing a stark ‘us and them’ narrative, the question left unasked and unanswered is what are the human and emotional costs of this abrupt geopolitical shift if ‘us and them’ are the same?

Through the study of EU families and their children and their experience and responses to Brexit, a University of Birmingham research team with the collaboration of The 3 Million Forum and Migrant Voice is drawing a profile of the population of UK- and EU-born children of EU nationals in the UK, mapping the biopolitics and legacy of EU membership in Britain and examining how the emergence of a new politics of belonging reconfigures discursively and legally who belongs to a post-EU Britain.

By Dr Nando Sigona, He is principal investigator of EU families and ‘Eurochildren’ in Brexiting Britain, part of The UK in a Changing Europe initiative. This piece originally featured on the British Sociological Association.