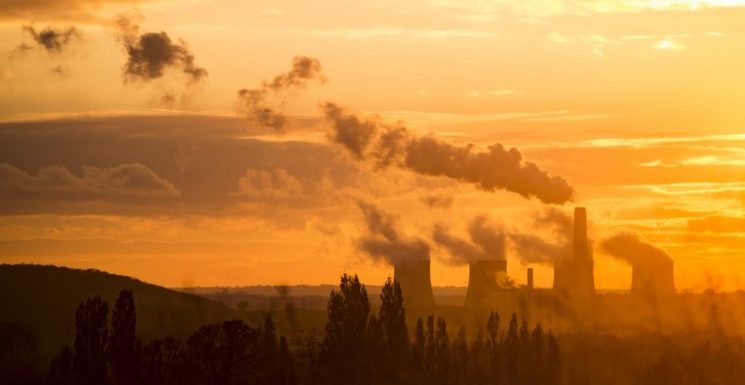 The environment did not feature significantly in the referendum, but emerged as a major issue in its aftermath. In the past year in particular it has achieved extraordinary political prominence.

Floods, bushfires and drought, along with the School Strike for Climate, tireless campaigning by Greta Thunberg, and (occasionally misplaced) campaigning by Extinction Rebellion, have kept the environment and climate change in the headlines.

The environment was included in a significant way in all the major party manifestos in 2019 and a televised election debate on climate change was held for the first time. Moreover, the environment and climate emerged as a top three issue for approximately a quarter of the voting public, being especially significant for 18-24 year olds in polling. Boris Johnson pledged in his victory speech ‘to make this country the cleanest, greenest on earth, with the most far-reaching environment programme’.

Brexit offers an opportunity for the government to deliver on this promise: while the EU did not prevent the development of more ambitious environmental policies, the government can still use Brexit as a spur to develop world-leading and ambitious policies tailored to accommodate local environmental issues and concerns.

However, Brexit also presents risks. Since the referendum commentators and campaigners have highlighted that Brexit could lead to an environmental governance gap. The EU is not only involved in environmental policy creation.

It is also central to monitoring environmental quality via the European Commission and European Environment Agency, and to securing the effective implementation and enforcement of EU law.

In the event that a state fails to implement or enforce environmental law properly, the government can be taken to the European Court of Justice and ultimately fined if found guilty of implementation failures.

For example, the UK government has been taken to court several times by campaigning legal firm Client Earth for its persistent failure to bring down air pollution in line with the requirements of the EU’s air quality directive.

Moreover, in the absence of EU membership the UK government may choose to pursue lower environmental standards, seeking to develop the UK as a ‘Singapore on Thames’ – a deregulated, low tax economy.

There are three main reasons why it may choose to do so. First, despite the rhetoric in Johnson’s victory speech, the governing party has generally expressed an ideological predisposition in favour of deregulation and has advanced Brexit as a way of cutting red tape. The environment has been a long-term target of such discourse.

Second, and relatedly, some businesses see high standards as too costly and argue that they make UK goods and services noncompetitive. Third, in order to reach trade deal with the US and other countries, the UK may come under pressure to weaken its own standards.

Alternatively, the UK may be asked as a condition of a trade deal to allow onto its market products produced more cheaply to lower standards, which will make UK products less competitive and lead to pressure to water down existing standards and laws.

Whilst these concerns remain, thanks in part to effective campaigning by environmental NGOs and businesses keen to see ambitious environmental standards, the government has moved to address some of the key concerns. The environment bill was included in the Queen’s Speech in December 2019.

It will, at least in part, seek to address some of the governance gaps that leaving the EU has opened by, for example, creating an Office for Environmental Protection (OEP). However, the initial draft of the bill brought forward by the last government was criticised for failing to give sufficient powers to the new OEP to secure effective implementation of policy; for lacking detail; and crucially for failing to make the OEP sufficiently independent.

There will also be new agriculture and fisheries bills, which should go some way to developing positive approaches to post-Brexit policy, although the initial iterations were again characterised by a lack of detail about how policies will develop in concrete terms.

The lack of detail is understandable, as a key issue for the development of these policies is future UK trade deals. It remains to be seen whether the UK will diverge from EU standards.

The Withdrawal Agreement includes no mention of the environment, but it is likely to feature in trade talks. From the EU’s perspective there are reasons to encourage the UK to live up to its claim to want to be a green leader.

New Commission President Ursula von der Leyen appears more committed to the environmental agenda than her predecessor and has made environmental protection a key part of her mandate via the Green Deal for Europe.

The government may consequently find itself under pressure from the EU to deliver on its manifesto promise not to ‘compromise on our high environmental protection, animal welfare and food standards’.

Many businesses are also likely to prefer remaining aligned on product standards to ease their access to the single market. It remains uncertain whether that EU will be happy with a simple commitment to environmental non-regression, as for example in recent trade agreements with Japan and Canada.

The UK’s forthcoming hosting of the Climate Change Conference of the Parties (COP 26) in Glasgow in November 2020 provides a potential test for the government’s commitment to its 2050 zero carbon target.

It will also be a crucial litmus test for the future of environmental diplomacy between the UK and the EU. The UK has historically played a key role in bolstering EU climate ambition and supporting the EU’s international climate diplomacy. There is every reason to maintain good relations and the forthcoming COP provides an opportunity to forge a constructive post-Brexit environmental partnership.

Even without Brexit, the government faces a range of important challenges in the field of environment and climate policy. Achieving net zero carbon will require a step change in activity and hosting a major international climate conference at a time of mounting public concern presents both opportunities and challenges.

Add to this the need to develop a new domestic environmental governance regime and new policies and instruments to deliver on the pledge to be a green leader the government has a lot to do – most of it at speed.

By Charlotte Burns, Professorial Fellow at Sheffield University. This piece was taken from our Brexit: what next? report.