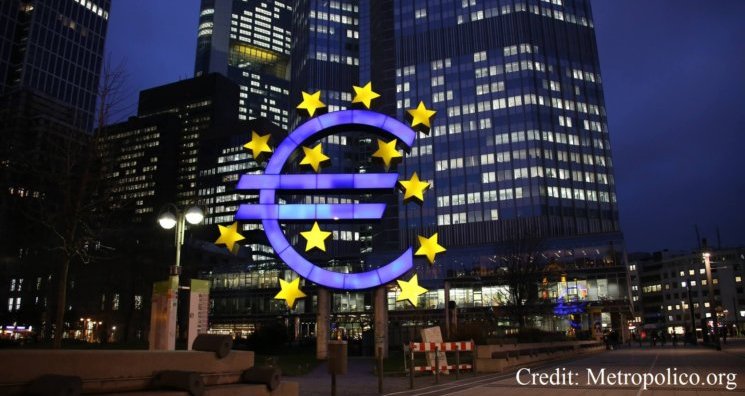 Had the outcome of the UK’s EU referendum been different, the Eurozone would have risked seeing its legitimate efforts to strengthen Economic and Monetary Union (EMU) being vetoed by the UK – a country with an exemption from EMU.

In fact, former Prime Minister David Cameron’s unilateral demands for a ‘new settlement for the UK in a reformed European Union’ regarding ‘the integrity of the single market in the face of Euro-area measures’, which had been (rather incautiously) accepted by the other 27 EU leaders for him to campaign in favour of remain, would have implied an even stronger UK opposition against the need to complete EMU. In other words, had ‘remain’ won the referendum, the prospects for completing and sustaining EMU would have worsened and dissatisfaction with the EU would have increased.

The necessary convergence of member state preferences to build a ‘genuine’ EMU had already become difficult to achieve in light of EU enlargement and more heterogeneous member states, but progress was further complicated by the fact that membership in the Euro area– where interdependencies are larger and the completion of EMU governance is more urgent – has remained smaller than the EU’s.

The UK’s announced departure from the EU leaves only one member state with an opt-out from EMU, namely Denmark, which however follows the European Central Bank’s (ECB) monetary policy. All other member states are committed to join the Eurozone upon fulfilling the membership requirements (or at least they committed to do so when they joined the EU).

In an EU whose integration objectives have advanced since the Maastricht treaty to completing EMU, the UK continued to harbour preferences for a stand-alone and incomplete economic union. Once the Eurozone became established as the de facto core of European economic and political integration, the UK’s preferences became untenable.

During the global economic and financial crisis and the Eurozone sovereign debt crisis, the UK’s stance collided with the need to make the monetary union work. It became clear that further integration and institution building were required in the economic union to impede the unravelling of monetary union, and with it of European integration achievements such as the single market.

Eurozone members have an interest in deepening economic union to make the monetary union sustainable; doing so requires not only structural reform at the member state level but also advances on EU-level governance. However, the requirements of deepening monetary union seemed irreconcilable with some preferences expressed by the ‘Remain’ camp in the UK, which saw the UK staying in the single market while adhering to policies of its choice. Needless to say, this is not acceptable for other member states.

In that sense, Brexit does mean Brexit. Not only because British citizens voted to leave the EU – and that basically means the single market given the UK’s manifold opt-outs –, but also because the UK cannot pretend, from the inside or from the outside, to cherry-pick on the single market. It may (re-)apply for European Economic Area membership, which comes with the right of full access to the single market but also with all the inherent obligations.

Among all EU members, the UK stands out as the least involved in the building of European economic governance. The UK’s stance had not only been limited to maintaining itself at the margins of economic governance advances during the crises but it also actively tried to impede them, even by employing its veto.

Because of the UK’s veto, the Treaty on Stability, Coordination and Governance in the Economic and Monetary Union (TSCG), also known as the Fiscal Compact, could only come to life as an intergovernmental treaty outside the EU legal framework. The UK did not participate in the Euro-plus Pact and in the European Banking Union either. Moreover, the UK also did not wish to constructively assist any of the member states whose economies underwent adjustment (bailout) programmes.

It did not participate in the European Financial Stability Facility (EFSF) or the European Stability Mechanism (ESM), having made an exception only for Ireland, to whom it was in the UK’s national interest to provide bilateral loans in light of financial sector interdependencies.

This stance is somewhat puzzling. The UK has benefited significantly from the Eurozone, most notably because of a high proportion of euro-denominated financial activities taking place in the City of London, which normally should only be done inside the regulatory area under the control of the ECB, and because of privileged access of UK banks to the ECB’s liquidity operations during the global financial crisis.

In his special deal with the EU, David Cameron had demanded and received a number of guarantees, among which that the single market would not be geared towards Eurozone requirements. The vote for Brexit made that very problematic concession invalid.

Brexit thus ought to make it easier for the Eurozone to go ahead with necessary institutional reforms to complete EMU. The UK’s departure opens up the possibility to better adjust financial regulation in the single market towards the goal of financial stability, reinforcing the economic union in a crucial area for the monetary union.

The triggering of article 50, more than nine months after the Brexit vote, comes as a logical consequence of the UK’s ever more salient divergent preferences from the EU.

Without UK opposition it could also prove easier to bring intergovernmental economic agreements into the Community framework at some stage. At the same time, Brexit brought about a quality change in the nature of the EU club as it opened the door for any permanently discontent EU member state (whether actual or potential EMU members or EU members with an opt out from monetary union) to exit the club.

That fact should reduce any member state’s capacity to hold up decisions that are in the common interest, and to that extent can be expected to facilitate decision-making and problem solving in the Eurozone and beyond.