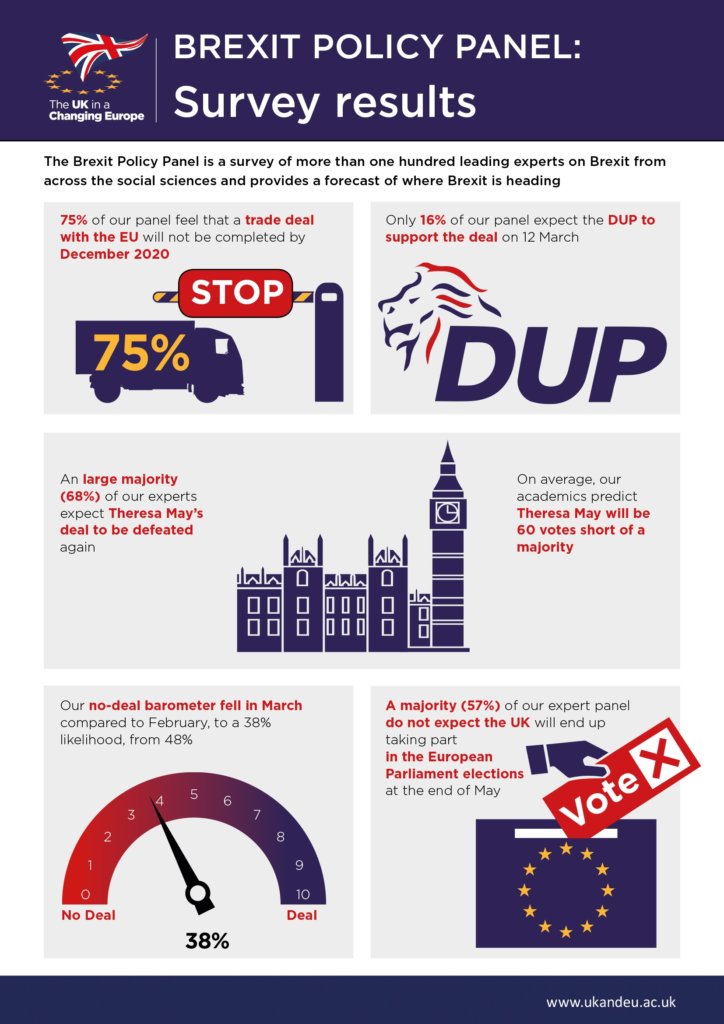 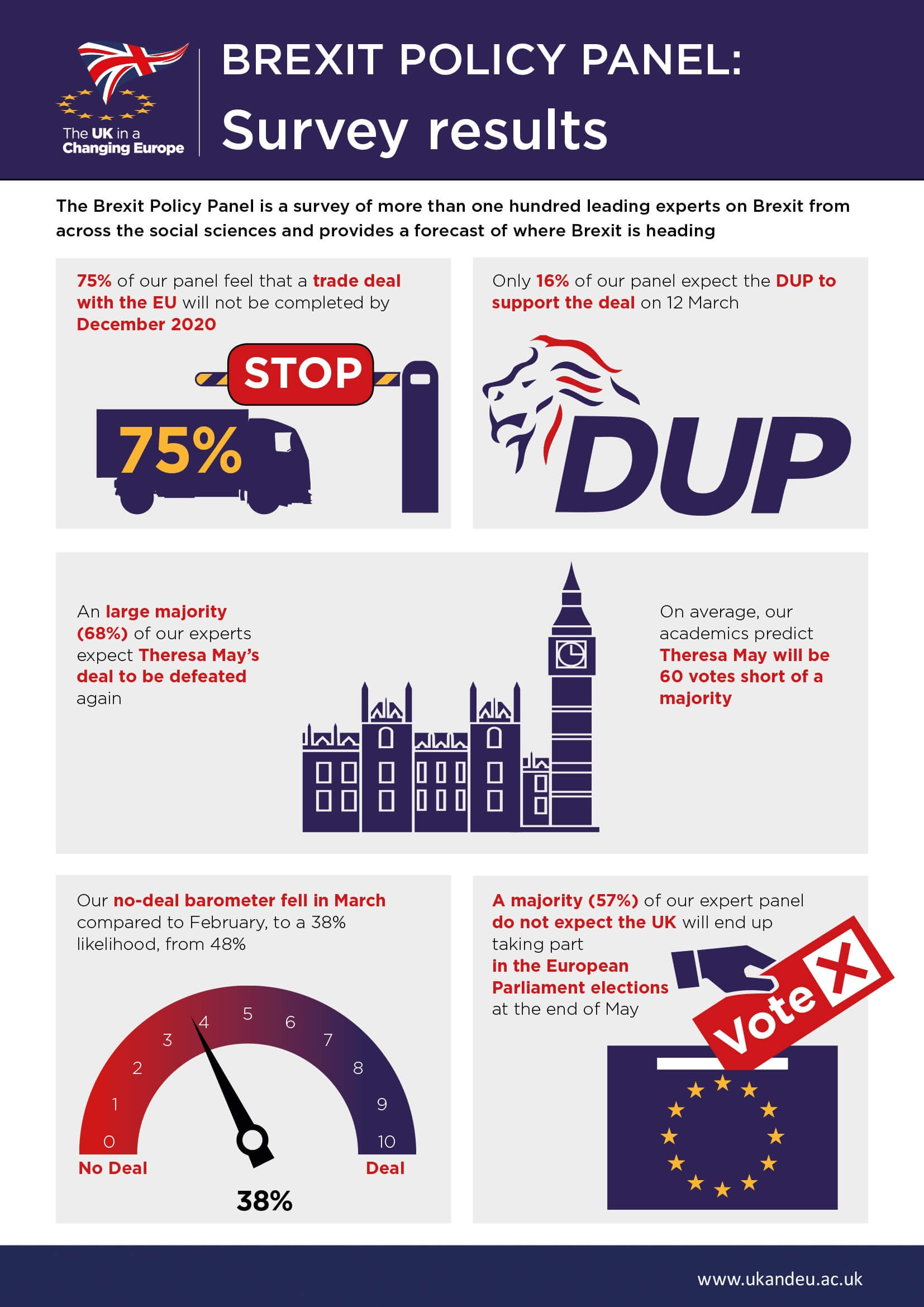 As the second meaningful vote on Theresa May’s Brexit deal hoves into view, we asked our experts about the likelihood of it being approved. Just 10% thought it would be passed by MPs while an overwhelming 68% expected it to be rejected. When asked to predict the result of the vote, on average our experts expected it to be defeated by 60 votes in the House of Commons.

We also asked our panel how they thought the Democratic Unionist Party—a crucial bloc of votes within Parliament—would vote on the Brexit deal. A majority (52%) expected the DUP to vote against Theresa May’s deal, while a sizeable minority (32%) thought their position was up in the air.

With MPs set to vote on requesting an extension to the Article 50 period on 14 March, we asked our panel how likely they thought it was that the UK would end up participating in the European Parliament elections at the end of May as a result of extending. The majority (57%) did not think the UK would take part, with a substantial minority (27%) unsure.

Our no-deal barometer asks each of our expert panellists to give the likelihood of a no deal. The average answer for March puts the chance of a no-deal Brexit at 38%, a substantial fall from 48% last month. We also ask whether or not experts think the UK will leave the EU as scheduled on 29 March: the likelihood of this happening has also fallen substantially over the past month, to 41%, down from 52% in February, as the Article 50 clock continues to tick down. This is close to the all-time low on this measure (40% in November) and well below the average of 46% since July.

With the possibility of a further referendum still on the agenda, we asked our experts how likely they thought it was that one would be held by the end of the year. Our panel thought there was a 42% chance of this happening.

There is a high level of uncertainty about what the future relationship after any transition period will look like. The most likely customs relationship, according to our experts, seems to be the ‘backstop’ arrangement, with just under a third thinking this would be used. Three other options—a customs union, a facilitated customs partnership and a free trade agreement—also remain in the frame, at between 18% and 24%.

In terms of the UK’s relationship with the EU’s single market, the majority of our panel continued to expect that the UK would end up in a unique position in relation to existing third-country relationships.

Those who believed the UK would get bespoke single market access continued to creep up, to 39%, this month. Meanwhile, there has been a surge in the share of experts who think the UK will end up in the European Economic Area (EEA), reaching 18%, from just 6% in February. Access for goods but not services and third country access were on 20% and 18% respectively

The current end-date of the transition period is overwhelmingly seen as an insufficient amount of time to negotiate the future relationship between the UK and the EU. 75% of our panel felt that a deal would not be completed by December 2020, which could prompt the need for an extension of the transition period. However, just under 40% felt an extension to the current maximum date of December 2022 would be long enough, with 27% of our panel saying it was too early to tell.

Given the continued salience over discussions about the Irish backstop, we asked our panellists once again about where they thought the regulatory border between the UK and the EU would be after Brexit.

Since last month, the views of the panel have consolidated around an ‘East-West’ border being the most likely outcome—47% of our panel thought this would be the case, up slightly from 44%. There has been a substantial decline in the share of our experts who believe there will be a border on the island of Ireland, reaching 19%, down from 25% last month. Some 28% continue to believe that there will be no regulatory border, similar to the 25% who said this in February. 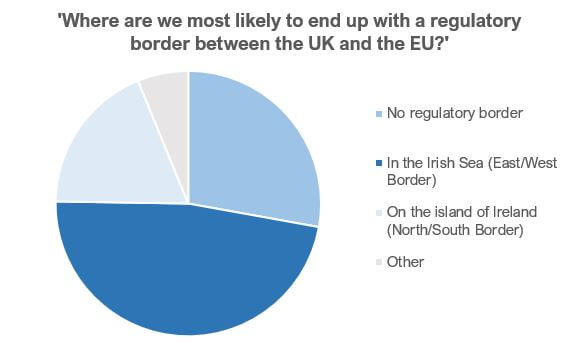