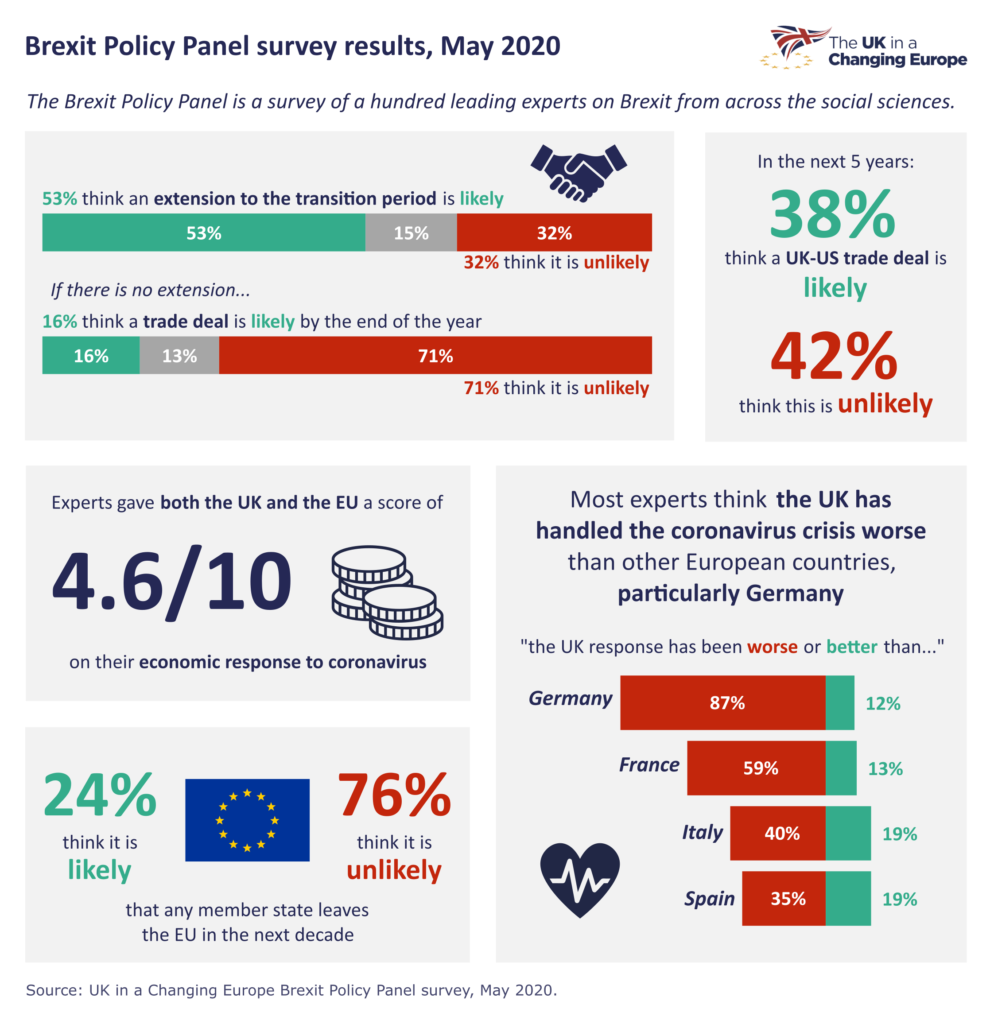 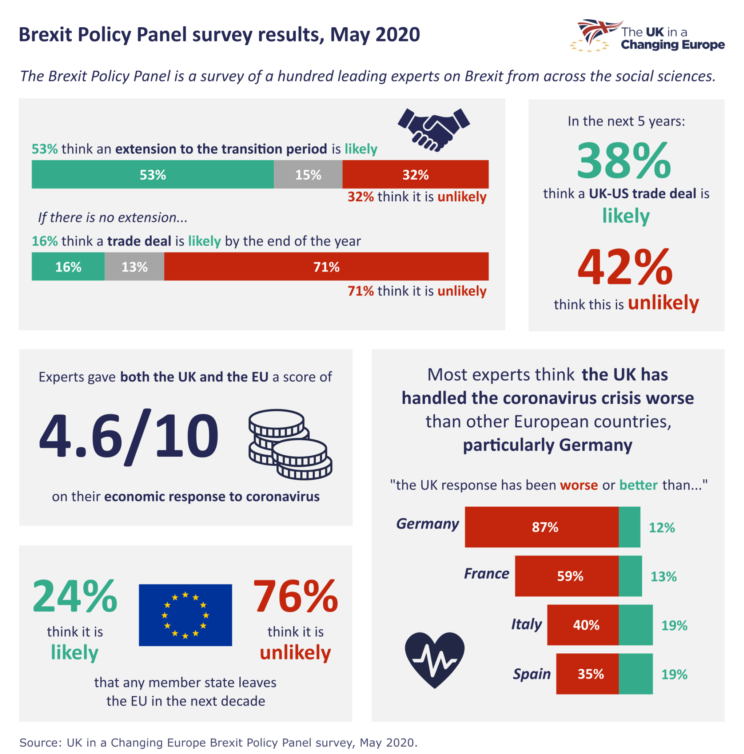 The views of social scientists reflect the continued uncertainty over whether the transition period will be extended.

53% of the 100 experts surveyed think that, despite the government’s promise not to extend the transition period, the terms will be extended beyond 31 December 2020. 32% think an extension is unlikely to happen. The remaining 15% put the issue at 50:50. 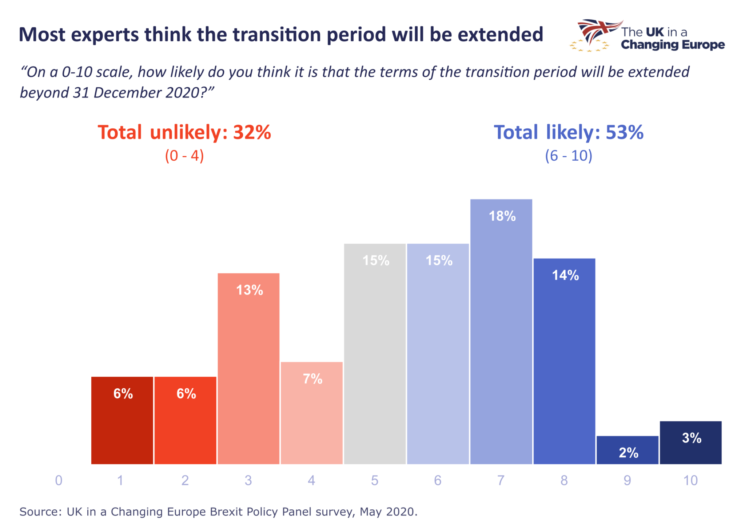 There is more consensus on the consequences of no extension. Just 16% expect a deal to be reached with the EU by the end of the year, whereas 71% do not expect a deal to happen in this time. 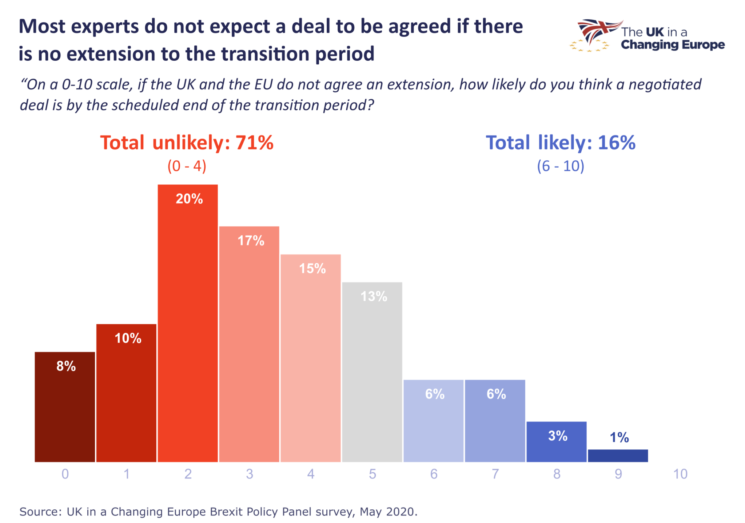 In the context of Covid-19, there has been some discussion about whether no trade deal with the EU would cause the same level of economic disruption as had the UK left the EU without a Withdrawal Agreement. 80% of the panel think that leaving transition without a trade deal would have a similar or more damaging economic impact as a ‘no deal’ Brexit.

Formal negotiations on a US-UK trade deal have now begun. Social scientists are split on whether a deal with the US can be completed within the next five years: 42% do not think a deal will be reached, while 38% think a deal can be done by the middle of the decade (with the remaining 20% unsure). 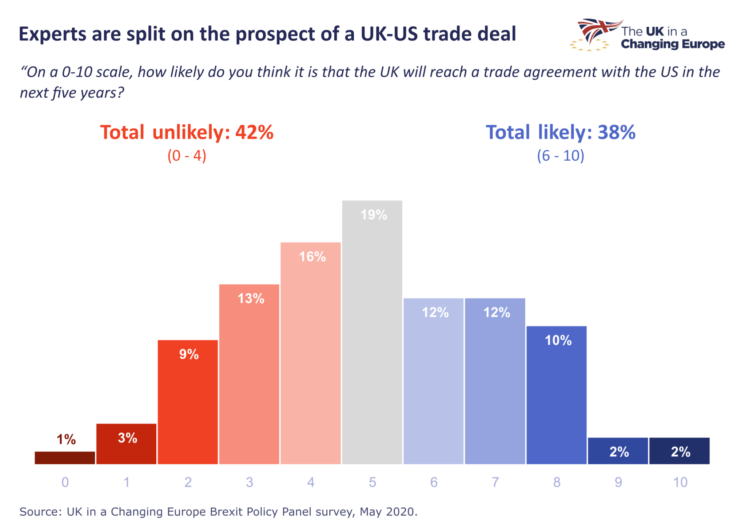 We asked our panel to rate the UK and the EU’s economic response to Covid-19 on a scale from 0 to 10, where 0 is extremely poor and 10 is excellent. The panel rated both the UK and EU responses at 4.6 out of 10.

How the UK compares on Covid

Social scientists are broadly negative about the UK’s comparative response to the outbreak, when lined up against other western European countries—views that largely align with those of the public.

87% think that the UK has responded worse than Germany and 59% that it has done worse than France. 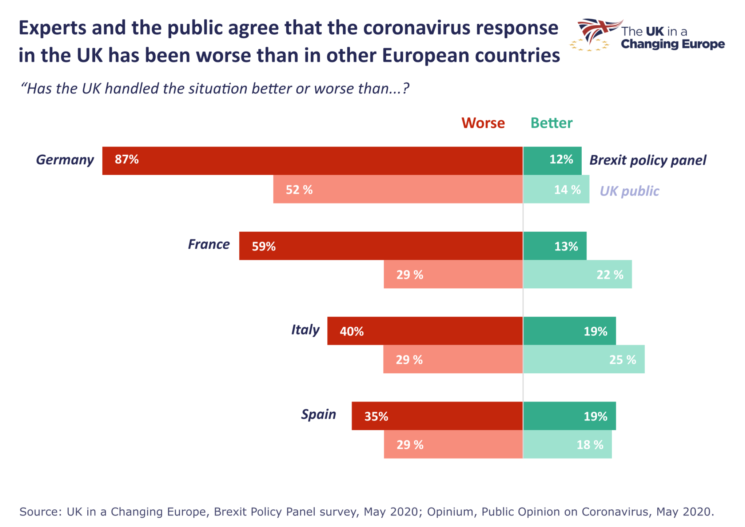