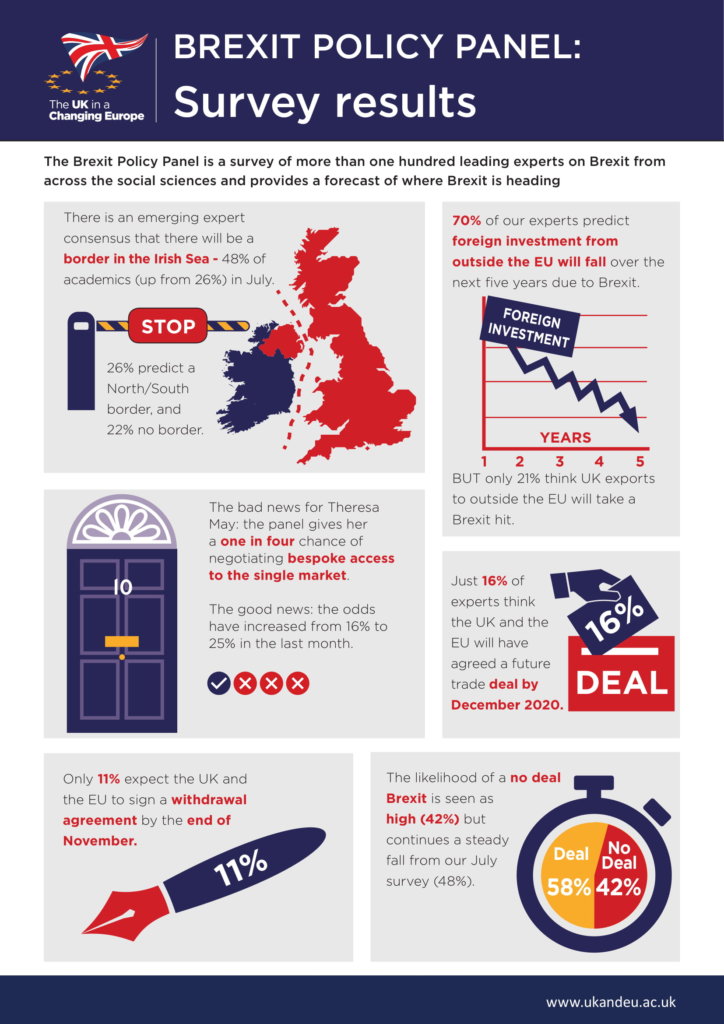 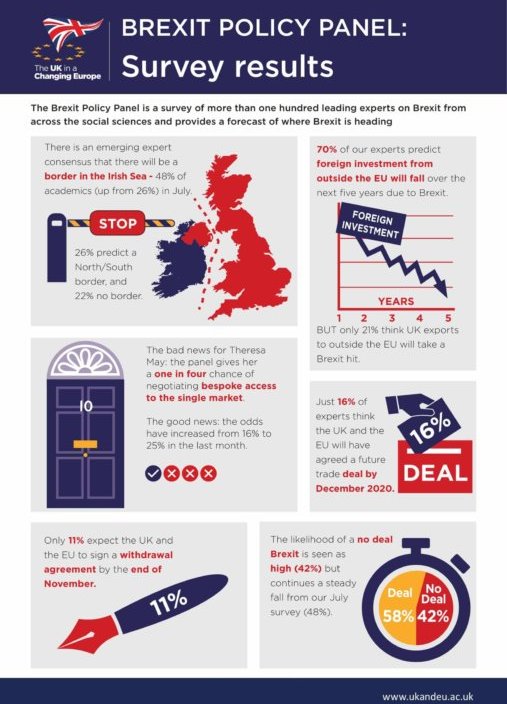 In last month’s survey, there was a spike in those believing that a Canada-style free-trade deal would be the most likely outcome from Brexit. This continues to be the view of a plurality of our panel (42%), but is down from 57% last month.

There is a growing consensus on the outcome on the Irish border. ‘East-West’ checks are seen as significantly more likely than any other option: 48% think the border will be ‘East-West’, compared to 29% that expect the principal checks to be ‘North-South’. When we first asked the panel in July, an East-West border was viewed as the least likely outcome – representing a significant shift in expectations. 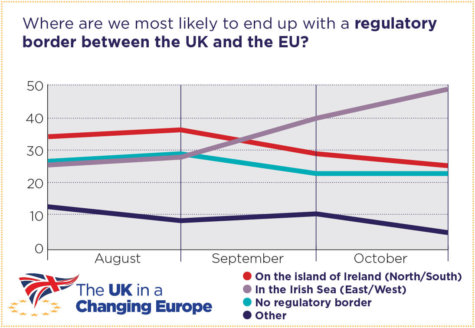 There is less consensus over future customs arrangements. Our panel assigned a roughly equal likelihood to the three options for a trade agreement: pursuing a free-trade deal with the EU that precludes customs union membership (36%), reaching a bespoke agreement on collecting customs duties (32%) or the UK remaining a member of a customs union (28%).

In the Article 50 negotiations, the ticking clock is a crucial factor. We asked the Brexit Policy Panel about three deadlines. Firstly March 2019, and whether the UK and the EU will be able to negotiate a withdrawal agreement treaty by end of the Article 50 process. Second, when this deal is likely to be agreed by the negotiating teams. Finally, if there is a deal and the UK leaves the EU, whether the current date for the transition of December 2020 will leave sufficient time to negotiate a future relationship treaty.

On the Article 50 process, 43% think a deal will be reached by March, 25% think it won’t be agreed, and 32% are unsure. This tallies with the broad expectation that a no deal Brexit is possible, though not the most likely outcome.

The panel are sceptical a deal will be reached in November – just 11% feel a deal will come this month. Some 33% think a deal is likely in December, 16% in January 2019, 7% in February, with 18% believing a deal between negotiators will only be reached in March 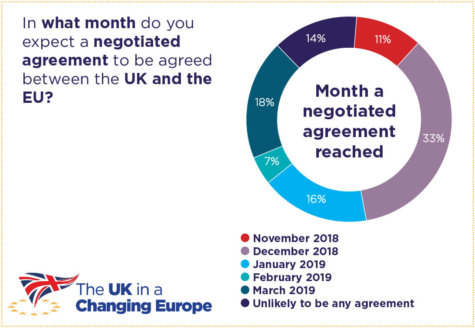 There is a consensus that the current end date for transition will provide insufficient time to negotiate a new trade agreement with the EU – 61% think no trade deal will be agreed in time, and 79% think that an extension of the transition period is likely to follow. 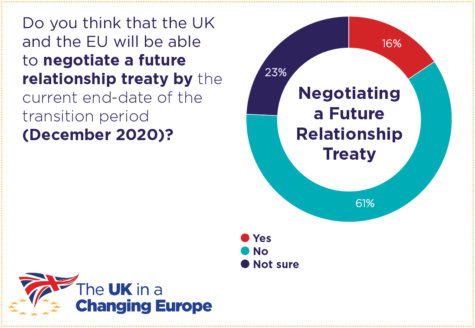 If a deal is negotiated, the big question is whether the Prime Minister will be able to garner enough support in Parliament for it to pass through the Commons. There is slight increased optimism among our panel that Theresa May will be able to piece together a coalition of MPs in Parliament to support the government’s deal. The panel gave the deal a 57% chance of passing, up from 53% last month. 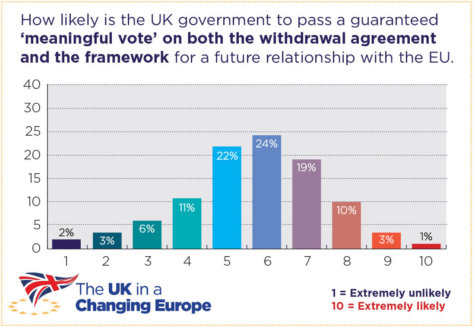 The hurdles to a referendum taking place before next March are now viewed as nearly insurmountable – the likelihood of such a vote taking place continues to fall, down from 31% to 28% this month.

Prospects for the Future

This month we asked our panel to look ahead to the next five years and to make some predictions about the likely impact of Brexit.

We also asked whether immigration from the rest of the world was likely to go up or down after Brexit. 32% think it is likely to increase, 46% that levels will stay about the same and just 15% think immigration will decrease. 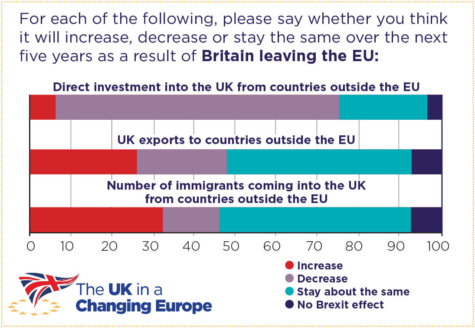 Finally, our panel thought Brexit is likely to have a real-world impact on the NHS – 71% of whom think there will be a negative impact on the health service, and 28% thinking the standard of the NHS will stay about the same or there will be no NHS effect.

The October BPP expert survey consists of 120 responses from academics in a variety of disciplines across the social sciences, mainly from UK institutions. View the infographics and the graphs. Please find the full list of BPP members here.