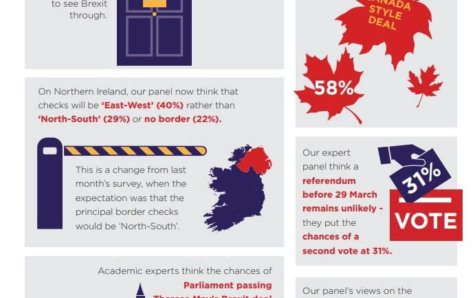 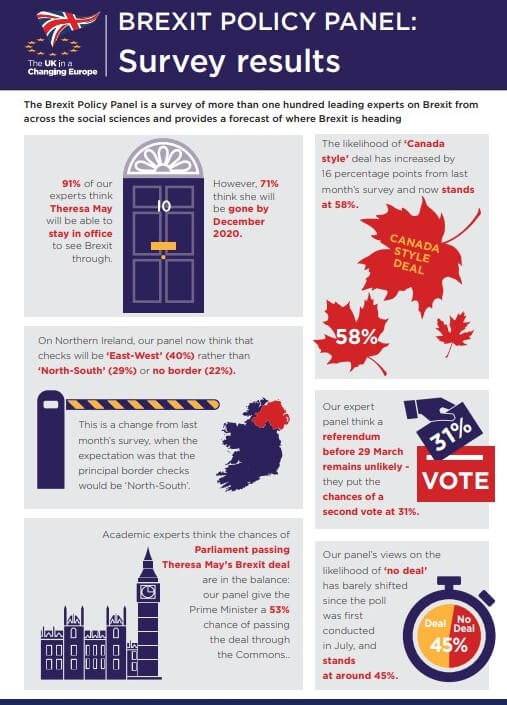 As the end of the Article 50 period approaches, there appears to be greater certainty about where we are headed:

Our panel think a ‘Canada-Style’ deal has become significantly more likely in the last month. Nearly two-thirds (58%) of our experts think this is now the most likely outcome. 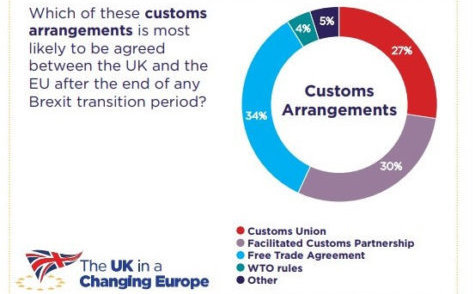 Where there is less consensus is on future customs arrangements. Our panel assigned a roughly equal likelihood to the three options: pursuing a free-trade deal with the EU that precludes customs union membership (34%), reaching a bespoke agreement on collecting customs duties (30%) or the UK remaining a member of a customs union (26%). 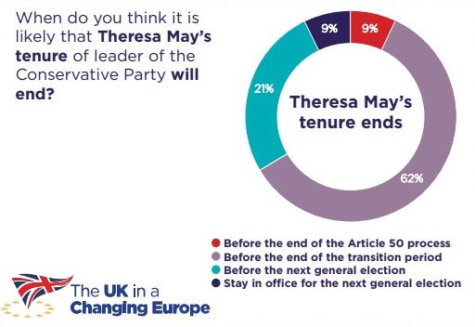 Two big questions will hang over Theresa May’s Premiership: will she be able to get her Brexit deal past Parliament, and will she still be in post come ‘Brexit Day’ on 29 March 2019.

On the first question, there is no clear view among experts. 46% of experts think it is likely that Theresa May will win the meaningful vote, 22% think it is unlikely and the rest rate the chances as 50:50.

On the second question, there is good news and bad for the Prime Minister. Some 91% of our experts think Theresa May will be able to stay in office to see Brexit through. However, the consensus is that she won’t last long beyond that – 71% think that by December 2020, the date pencilled in for the end of the transition period, she will no longer be in office.

A referendum, an extension of Article 50 – or both? 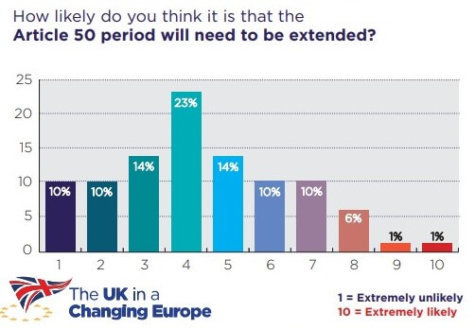 The uncertain political dynamics of Brexit create two possibilities considered by our experts: an extension of the Article 50 process, and the possibility of a referendum on the terms of any agreement reached by the UK government.

On whether the UK will extend the process, 28% think it is likely that the UK government will request and receive an extension of Article 50 before leaving the EU.

Last month, 32% thought Labour would come out in support of a referendum, and 45% felt it was unlikely that the party would change its view. Following the Labour party conference, the panel’s view has reversed: 41% think Labour will come out for a second vote, 30% remain sceptical that Labour will adopt a pro-referendum position.

However, that doesn’t mean our panel think that a referendum is any more likely to happen. Indeed, they think the chances of a vote before the UK leaves is declining. 11% think another vote is likely, a fall from 19% the previous month – reflecting the tightening deadline, and a Conservative Party set-against another vote on EU membership.

Two key, intertwined question exist about the dynamics in parliament: the panel believes the EU Parliament is highly likely to approve any deal made (an 80% chance), in contrast to the UK Parliament –the panel reckons there is a 53% chance of the House of Commons passing the Brexit deal.

The September BPP expert survey consists of 105 responses from academics in a variety of disciplines across the social sciences, mainly from UK institutions. View the infographics and the graphs. Please find the full list of BPP members here.