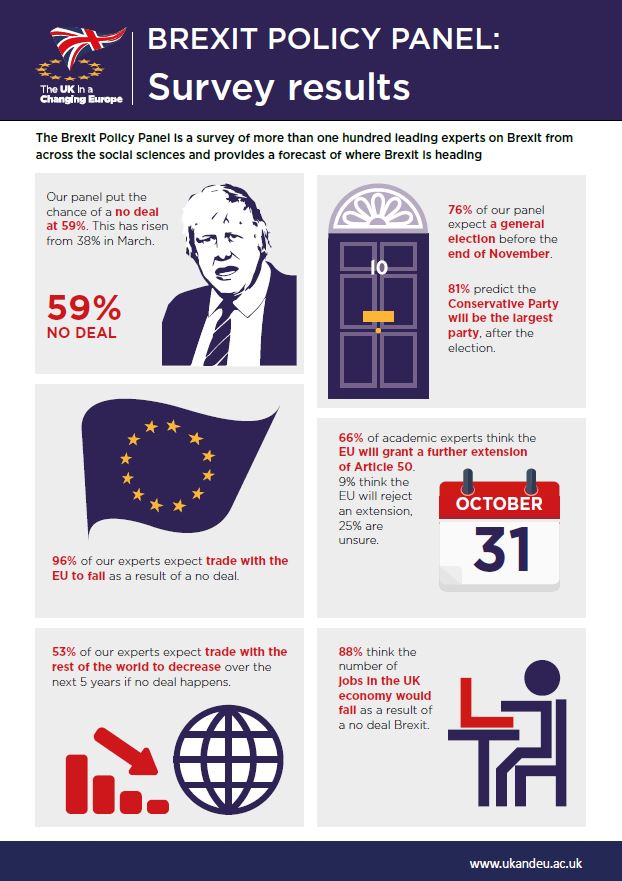 The UK in a Changing Europe’s Brexit Policy Panel (BPP) is a cross-disciplinary group of more than 100 academics from across the social sciences. It provides ongoing probabilistic analysis of where we have got to in the Brexit process, and to forecast where we are headed.

The latest survey shows that academic experts think no deal is more likely than not, our panel putting the chance of no deal at 59%. This has risen from 38% in March and 51% in June. 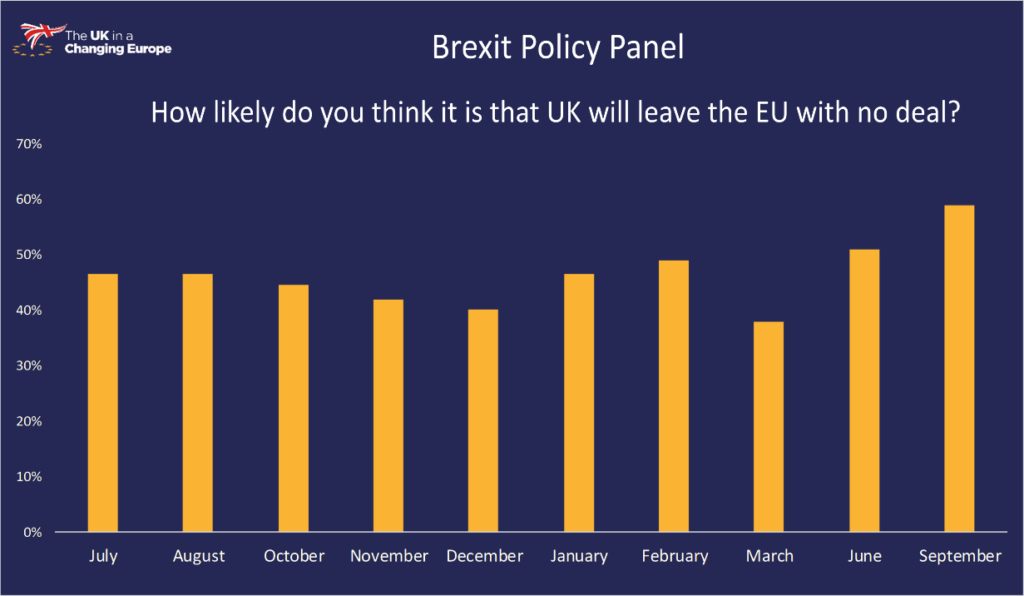 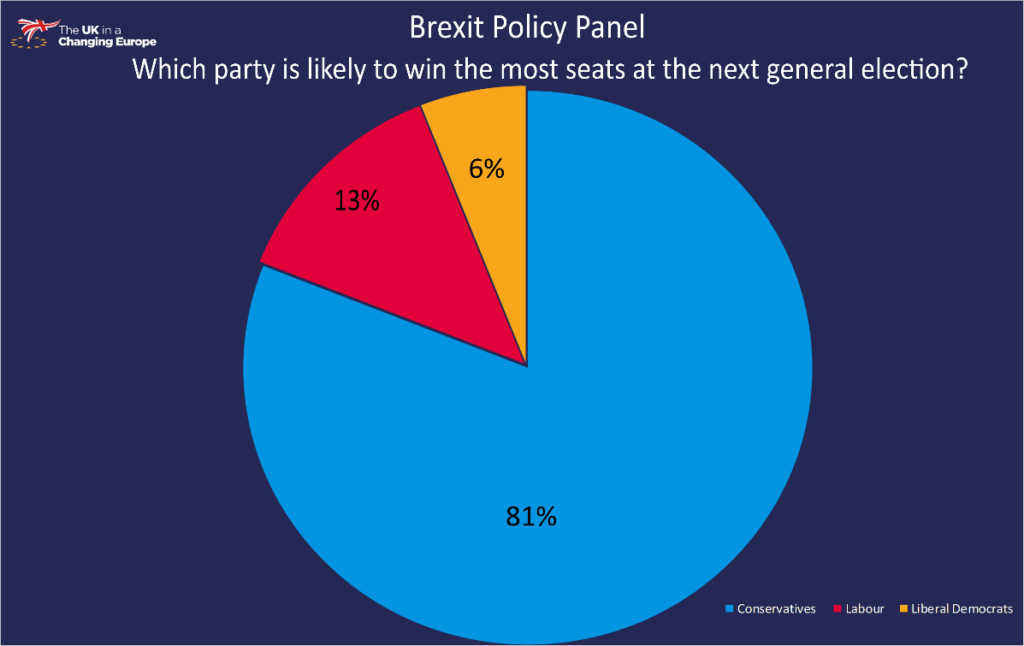