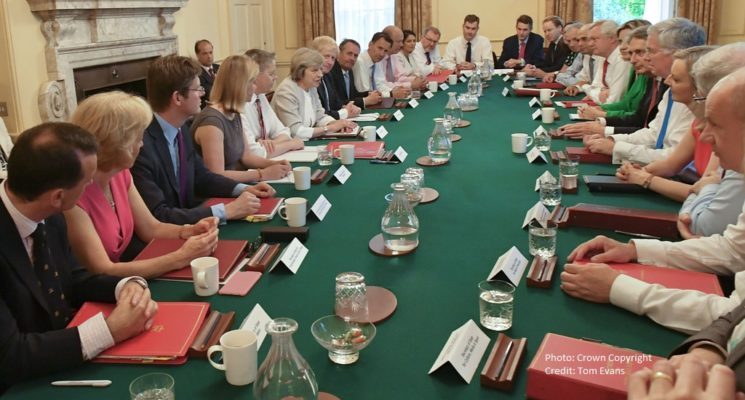 As the prime minister and ministers return from their holidays they will have plenty to deal with on their return. How should the immediate consequences of Brexit be handled? And what relationship with the rest of the EU should the UK be seeking when it eventually invokes Article 50 and notifies the EU it proposes to leave?

Now that a couple of months have elapsed since the ballot, the UK public has had time to reflect on the decision it made in June and an opportunity to contemplate what the UK’s future relationship with the EU should be. What guidance does the polling done in recent weeks give ministers as to how they should address the questions raised by the decision to Leave?

Perhaps the first crucial point is that, for the most part, the country does not regret the decision it made in June. In this post I suggested there was some evidence at the margin, though no more than that, that those who voted to Leave were more likely than those who voted to Remain to regret the way in which they voted. Evidence in support of that proposition remains relatively thin. In their most recent poll on the subject, for example, YouGov report that 91% of those who voted to Leave believe that ‘in hindsight’ Britain was right to vote to leave the EU, slightly more than the 89% of Remain supporters who believe the decision was wrong.

There is some evidence that, on balance, those who did not vote would have preferred Remain to win. In its most recent poll for The Times YouGov found 40% of those who did not cast a ballot feel that the decision to Leave was wrong, rather more than the 28% who believe it was right. However, even these figures suggest that the relative popularity of remaining in the EU amongst those who did not vote in the referendum is more muted than was implied by some of the polls conducted immediately after the ballot.

So there is little reason to believe that Britain’s voters have undergone a significant change of heart about their decision to Leave the EU. Around half the country is still clear that Britain should Leave the EU, while the other half would still prefer to Remain.

Still, even if voters have not changed their minds about the wisdom of leaving the EU, perhaps their expectations of what it might entail have altered. For the most part, though, this also seems not to be the case.

Despite the post-referendum decline in the value of pound and the Bank of England’s decision to lower interest rates, perceptions of the economic consequences of Brexit certainly do not appear to have changed. In their final poll before the referendum, YouGov found that 40% thought Britain would be economically worse off if we left the EU, while 23% believed it would be better off. Now those figures stand at 39% and 25% respectively.

There is little sign either that expectations of the impact of leaving the EU on Britain’s influence in the world have changed. Immediately before the referendum 38% believed leaving would reduce Britain’s influence, while just 16% reckoned it would be increased. The latest figures are 37% and 16% respectively.

There are though indications that on some of the areas where Leave voters were relatively optimistic about the consequences of Brexit some of them may now have lowered their expectations.

Immediately before the referendum, 53% of all voters believed that there would be less immigration if we left the EU. Now the figure has dropped to 45%.

One of the more controversial claims made by the Leave campaign during the referendum was that the money the UK no longer contributed to the EU budget could be used to increase spending on the NHS. Just before the referendum 35% said that leaving the EU would be good for the NHS, while 24% said it would be bad. Now, however, those figures stand at 26% and 26% respectively.

This apparent lowering of expectations on health and immigration is, perhaps, an indication that some Leave voters have come to the view that they might have been sold a false prospectus. That may be to the chagrin of Remain supporters, but ministers may feel any reduction in expectations reduces the risk that what they eventually achieve in their negotiations with the EU will be regarded as a failure.

But, of course, ministers may find themselves faced with a tough choice in those negotiations. If the UK wants to retain access to the single market it may find the EU is insistent its citizens should continue to have the right to find a job in the UK. It is a choice on which voters appear to be divided.

True, a ComRes poll for the BBC found 66% reckoned the UK government’s priority should be ‘maintaining access to the single market so Britain can have free trade with the EU’, while only 31% believed it should be ‘restricting the freedom of movement so immigration from the EU is reduced’. But this poll also found 45% would be dissatisfied if the UK government continued ‘to allow immigration from the EU in exchange for access to the single market’, almost as many as the 51% who said they would be satisfied.

However, the truth is that many voters in Britain are seemingly hoping to avoid so stark a choice.

The key challenge facing the UK government will be whether it can secure from the EU a compromise on the question of free trade versus freedom of movement that will actually succeed in satisfying most voters.

By John Curtice, senior fellow UK in a Changing Europe and politics professor at the University of Strathclyde. This is a shorter version of the original, which appeared on WhatUKThinksEU.