Brexit scrutiny in the Czech parliament: A game-changer, or business as usual? 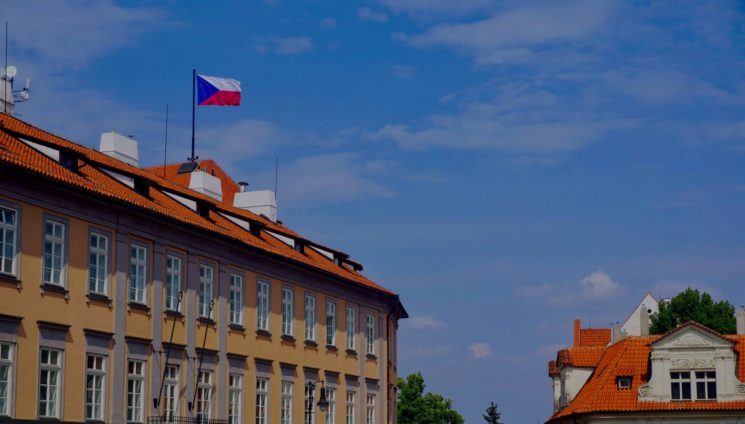 Brexit is a unique experiment not only for the UK but also for the remaining member states.

Like their European and British counterparts, the national parliaments of the remaining member states have also entered uncharted waters when it comes to scrutiny of Brexit.

It is in this context that we set out to examine how Brexit has been scrutinized in the Czech parliament; more specifically, we took a closer look at the EU affairs committees (EACs; the Committee on European Affairs in the Chamber of Deputies and the EU Affairs Committee in the Senate) as the most important actors that shape the chambers’ EU policies, including the policy on Brexit.

While doing so, we tested four key expectations about the parliamentary scrutiny of Brexit in the Czech Republic, which we had based upon the existing research on national parliamentary involvement in EU affairs.

In the case of the Czech Republic, both parliamentary chambers are similar in terms of their formal strength, but the lower house is far less active in general scrutiny of EU affairs than the Senate, especially owing to the lower level of interest and different perceptions of the attractiveness of EU issues.

We therefore expected both chambers to vary in their approach to Brexit scrutiny, with the institutional strength of the chambers having an impact on the level thereof. This expectation was upheld, to an extent.

Compared to the Chamber of Deputies, it is the Senate that comes out as the more active, focused and diligent chamber in Brexit affairs. At the same time, however, there have been no significant differences in the chambers’ involvement in the Brexit process.

Both of them have been approaching it in a similar manner, using the existing and established procedures.

Even though both EACs’ members and parliamentary clerks consider Brexit a more important topic than the ‘usual’ EU agenda, this sense of importance has not been reflected in any different behaviour of the chambers or their EU committees as such.

Second, with the parliamentary scrutiny of the eurozone crisis having depended much on national salience, we expected the Brexit-related parliamentary activity to concentrate on issues that were identified as key policy preferences of the Czech Republic.

As the size of the country matters, too (with governments of large countries being more likely to be able to shape the outcome of the negotiations compared to governments of small countries), our initial expectation was that the scope of the parliament’s interest in Brexit would be limited and well in line with governmental priorities.

These expectations were largely confirmed.

Both the Chamber of Deputies and the Senate have covered a limited number of priorities, particularly those which had been identified by the government as the key policy preferences.

This focus was coherent throughout the whole period, with no discrepancy of any significant magnitude between the lower and the upper houses.

Regarding the content of the Czech parliamentary involvement in Brexit, neither chamber has deviated from the Czech government’s priorities.

Nor did the chambers come up with any Brexit-related topic that would distinguish their position from the government or other political actors.

Taken together, it was especially the importance of protecting the rights of Czech citizens living, working and studying in the UK that was particularly emphasised by the parliamentarians and clerks of both chambers.

Reflective of the level of importance attached to this issue is the fact that it was addressed also by the draft resolution on Brexit that was prepared by the Chamber of Deputies’ EAC in May 2017.

Apart from that, the parliamentary arena addressed the issue of the relocation of the UK-based EU agencies (with Prague as one of the bidders – albeit unsuccessful in the end – for the European Banking Authority).

Even though the Czech parliament seems, at first glance, to be very interested in Brexit as an issue, its interest has been driven by events and actions that take place outside the chambers rather than the domestic drivers.

A specific role in this process has been played by the European Council meetings. As the Czech government has to defend mandates for the meetings, deliberations on Brexit have been particularly related to them.

This means that Brexit has not been treated as a domestic and/or internal matter, but rather as a phenomenon from ‘outer worlds’.

Interactions with the government

Our third expectation on rather harmonious relations between the parliament and the government vis-à-vis Brexit was confirmed, too.

Despite the fact that the empowerment of national parliaments featured among the key British demands during David Cameron’s renegotiation efforts, neither Czech chamber has used Brexit to assert itself more strongly against executive dominance.

Also, no changes in relations between the Czech parliament and the government were adopted and no special joint government parliamentary group on Brexit was established, either.

In this respect, both parliamentary chambers respected the government’s primacy, neither requesting any special treatment, nor prioritising any special issue.

If some dissenting voices were heard, they were the voices of particular MPs, not those of an institution as a whole.

This also helps us get a sharper understanding of why the Brexit parliamentary game has been rather calm in Czechia.

Finally, with Brexit representing a dream-come-true for many eurosceptics, it makes sense to assume that they will try to use the ‘Brexit card’ in their EU discourse – for example, in parliamentary debates on EU matters.

We therefore expected to find differences between opposition and ruling parties – as well as between eurosceptics and pro-EU parties – in their approach to Brexit. Yet this proved not to be the case.

Instead, there has been a broad cross-party political consensus in the Czech parliament with regard to the policy preferences vis-à-vis Brexit as well as the way in which they should be promoted.

A formal agreement on Brexit among all political parties represented in the parliament was reached in the second half of February 2017 when Prime Minister Sobotka called a meeting of parliamentary party leaders in order to fine-tune the Czech negotiating position.

An initiative for this move came from the opposition which made it easier to secure all-party support. The Senate’s EAC chair also participated in its drafting.

As a result of this meeting, a joint statement was issued, intended to be part of the Czech government’s mandate for Brexit negotiations.

Besides, it is also the fact that the Czech position on Brexit has been much in line with the EU’s official approach that has helped avoid controversy around the issue.