Brexit should come with a massive health warning, ideally painted on the side of a bus 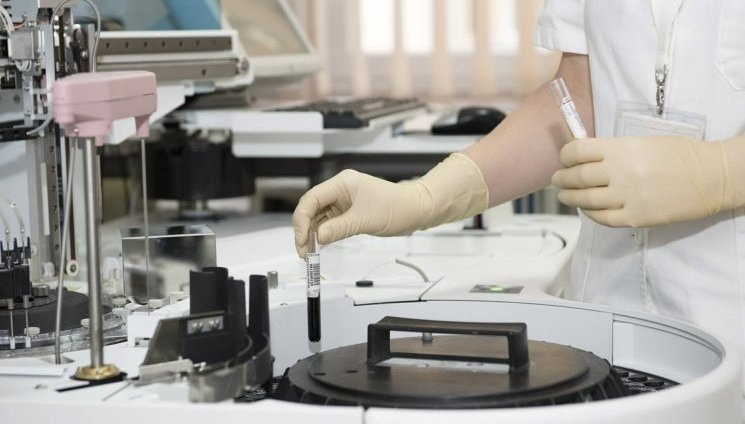 Surprisingly, for an issue that was at the heart of the referendum campaign, the NHS has received remarkably little attention in the subsequent discussions on Brexit. Although supporters of the Leave campaign argued that leaving the EU would allow an extra £350 million a week for the NHS, they show no inclination in talking about Brexit and health.

Within a few hours of the referendum result, prominent Leave supporters were already distancing themselves from this claim (Boris Johnson is a rare exception, as possibly the only person still willing to make it). This reluctance to engage with the health consequences of Brexit seems to extend to government, with the House of Commons Health Committee expressing surprise at the lack of engagement of the Department of Health with the Brexit negotiations.

The reluctance to talk about Brexit and health is striking as Brexit will have profound consequences for the NHS.

Some of the ways in which Brexit will affect the NHS are as a result of its more general effects. The Office for Budget Responsibility predicts that Brexit will add approximately £15 billion per year to the United Kingdom’s borrowing requirements. More immediately, the fall in the pound will increase costs to the NHS substantially, although the exact impact is unclear as the government has refused to issue its paper on this matter under the Freedom of Information Act.

Brexit will also affect the ability of the government to conduct its normal business: the Department of Health, seriously weakened following major cuts to staff and with low morale, will find it difficult or more likely impossible, to balance the demands of Brexit and the need to respond to an increasing crisis in the NHS following many years of austerity.

There are also many specific ways in which Brexit threatens the NHS and public health. One way of thinking about this is to look at the World Health Organisation’s concept of health system building blocks, which include financing, the health workforce, medical products, and information. Every single one of these faces severe challenges.

The NHS has depended, for many years, on health workers recruited from elsewhere in the EU as the UK has never trained enough doctors for its own needs. According to the House of Commons library, there are over 10,000 doctors from the EU27 working in the NHS in England, equivalent to almost 10 per cent of the total. There are even more EU nurses in the NHS, with an estimated and 20,000 in the NHS in England.

A further 90,000 staff from other parts of the EU work in social care, alleviating pressure on the NHS. The inability of the government to guarantee their existing rights after Brexit, coupled with the falling value of their salaries in pounds, is making the UK a much less attractive place. The NHS does recognise these problems, and has recently invited bids for a £100 million contract to recruit overseas doctors into general practice.

Given the much less attractive employment situation for EU graduates following Brexit, it remains to be seen how successful this will be. The actions of the Home Office, including a recent batch of letters telling EU citizens working here entirely legitimately to prepare to leave or risk being detained has not helped.

A second building block relates to financing health care. In this respect, most attention has focused on the systems in place for paying for healthcare for British pensioners living in the rest of the EU. Estimates of the numbers involved vary, but are in the hundreds of thousands. At the end of the most recent round of Brexit negotiations it was announced that agreement has been reached that those who have already retired abroad on Brexit day will retain their coverage.

However, nothing is agreed until everything is agreed. Given the seeming enthusiasm of some politicians for leaving with no deal, this cannot be guaranteed. Moreover, it does nothing for anyone planning to retire abroad in the future and there has been no agreement so far on the future of the European Health Insurance Card. It is self-evident that the NHS would struggle if there is no agreement of future healthcare coverage and large numbers of British pensioners seek to return to the UK, at a time when several thousand health and social care workers are contemplating leaving.

Other areas that have attracted some attention in the media, if not in the Department for Exiting the EU, include the licensing of pharmaceuticals and supplies of other medical technology. The European Medicines Agency (EMA) will move from London. Losing it will make the UK a much less attractive location for major pharmaceutical companies. The UK will have to establish its own regulatory system.

This is likely to be based on the existing Medicine and Healthcare Products Regulatory Agency. However, given that this agency currently gets much of its income from the EU, this is likely to be expensive. The agency will also have to compete for scarce expertise in the international marketplace. Leaving aside the damage to the UK’s economy, on the basis of comparisons with other countries such as Canada and Switzerland, it is estimated that access to innovative drugs could be delayed by about six months.

Medical isotopes used in the treatment of cancer pose a particular challenge. The government’s unexpected decision to withdraw from the EU’s atomic agency, Euratom, means that the UK may no longer participate in the various activities coordinated by that agency. These include a system to ensure access to the most commonly used medical isotope, Tc99m. These products are generated in only a few reactors worldwide, with the UK getting most of its supply from the Netherlands.

In recent years there have been several critical shortages. The government denies that this will be a problem but, in response to a Freedom of Information request, the Department for Exiting the EU admitted that it had undertaken no meetings on this issue and had produced no papers.

The issues covered here are only the tip of the iceberg. There are very many others, ranging from the loss of low-cost finance from the European Investment Bank, used extensively by the NHS, the extremely severe impact on medical research, the potential watering down of public health measures, access to European reference networks for rare diseases (the UK participates in 22 of the existing 24 networks), and the challenges of sustaining the extensive network of cross-border care on the island of Ireland, again something ignored in the corresponding position paper from the UK government.

In retrospect, it was appropriate that the NHS should have featured prominently in the referendum debate. Unfortunately, the red bus lied. It is leaving the EU, not remaining in it, that poses the greatest threat to the NHS.

By Martin McKee, Professor of European Public health at the London School of Hygiene and Tropical Medicine.