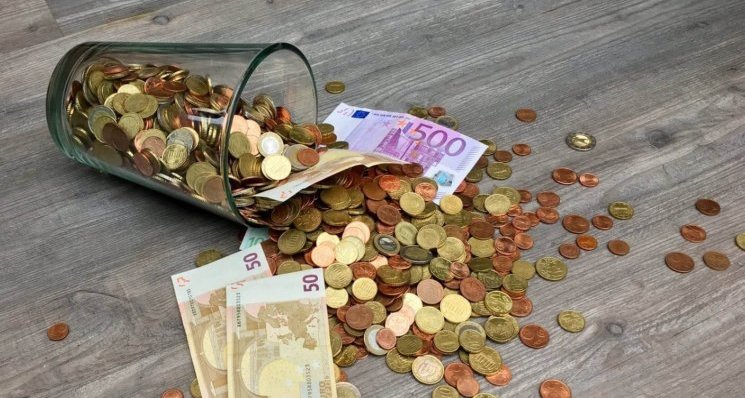 Stereotypes are an adhesive hazard in today’s polarised Brexit debate. So it might strike the reader as unusual that I, as a longstanding eurosceptic and a former member of the Vote Leave general staff, might be concerned about the welfare of former EU employees. Yet human decency requires nothing less.

In the pottage of the government’s Brexit negotiations a cauldron load of issues still remain unresolved. Some were never properly tackled in the first place, like fighting for the UK’s due share of EU assets – aside from the European Investment Bank contribution, minus any interest due, the UK basically only won anything too radioactive to move. But one subject that doesn’t seem to have been breached at all was the ongoing cases of the UK’s EU whistleblowers – and this is literally a criminal error.

A recent piece by Channel 4 News usefully highlighted a case in point. Robert McCoy lifted the lid on fraud at the Committee of the Regions fifteen years ago, and went through the usual rigmarole when trying to fix things.

Depressingly, it’s possible to identify a multi-phased routine in play across all the various EU institutions, from being ignored through being sidelined, spied on, harassed, and bundled out of the side door. The lucky ones are those that can cut their losses and stay in post.

Less fortunate were those in cases reviewed by the European Ombudsman, where one reportedly lost his job for denouncing a €100,000 petrol claim and vehicle disposal fraud, while another saw his allegations about pensions fraud publicised and then not pursued. The process of how the system works, or rather doesn’t work, has been set out in a detailed study.

It’s difficult to tell how many EU whistleblowers there are in the legal system in one form or another. The EU keeps a lid on numbers that have come forward, let alone the nationality – though the stats on the latter detail would be particularly fascinating.

The largest of the employers, the Commission, says however that it ‘has neither record of whistleblowing cases involving United Kingdom nationals nor of requests for assistance lodged’. For its part, the UK government, when challenged, simply states that they are EU employees and the EU’s concern, and leaves it at that.

I don’t think it’s that simple. Wasted or defrauded EU money is, as any eurosceptic would swiftly exclaim, wasted or defrauded UK taxpayer money. In a real sense, the Council of Ministers has a duty of care – or at least a direct interest – in the wellbeing of whistleblowers, and certainly in their case.

That might be less so for a departing state like the UK, except for the detail that Mr McCoy is a UK national, and the country is still on the hook for €39 billion (and the rest). Their views on Brexit and euroscepticism, for or against, are irrelevant.

Of course, it makes much more sense for the EU27 member states to take an interest, since their liabilities are enduring and root causes remain unfixed. The problem with EU funding is that psychologically, no one ‘owns’ it – it comes via and from the EU, yet there is no such thing as the ‘EU taxpayer’. It is psychologically harder to feel guilt let alone criminality when defrauding an abstract, making it feel like a victimless crime.

The consequences have been a rate of fraud that the Commission has always excused as being on a par with member states – well yes, but only those parts of the national budget that have the highest fraud rates, in particular social security. Moreover, the cases that emerge are astonishing for their insouciance.

A footpath bill that included a €4,000 bike, €3,500 telescope, and a €10,000 donation to a church. €16,500 awarded to a non-existent Azeri youth club. Commission staff who were never at work because they were running their own business elsewhere. Use of a diplomatic bag for smuggling duty free. The variety was already such that a decade ago I wrote a paper entitled The EU Waste Mountain – A Guide to Holiday Skiers.

This is not to say that the EU operates at 1970s Latin American levels of endemicity, that the Commission rather than member states deserves all the blame, or that senior management uniformly put that €3,500 telescope to its blind eye. Far from it. But the nature of the tolerance too often displayed towards it, or to be precise the intolerance displayed towards those most ardently trying to fix it, ought to make more people more alarmed than they currently are.

Herein lies the barb. Spotlighting internal bad practice can be seen as undermining the goals and objectives of the European Union, displaying disloyalty and a breach of faith in the mission statement. Paradoxically, that means that euroscepticism is reinforced by those in the various EU institutions trying to suppress bad news, rather than addressing it.

Much the same might be said of how the Catholic Church has found itself in its current state. But I see no Benedict emerging from the Berlaymont; and with Brexit removing many of the loudest voices protesting against system failures, I fear for the lot of Robert McCoy and his fellow martyrs.

By Dr Lee Rotherham, Director of Special Projects at Vote Leave. He runs the Brexit think tank The Red Cell.