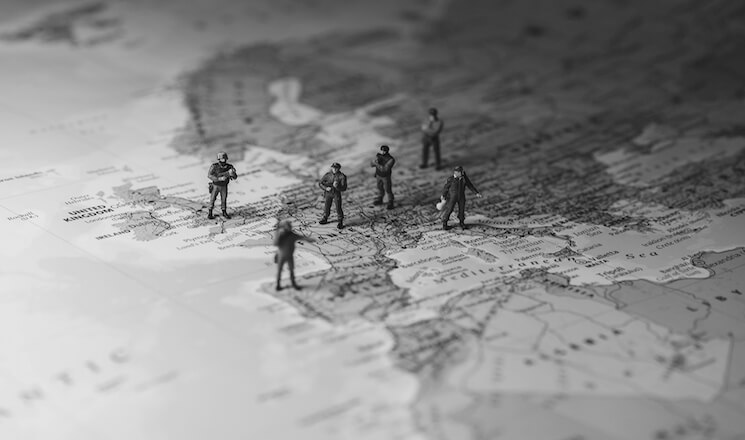 Foreign policy is the dog that is yet to bark post-Brexit. This is surprising, if only because the decision to leave the EU will herald a major shift in the UK’s diplomacy. It is, moreover, being implemented just as a US President who has questioned central foundations of the UK’s foreign policy prepares to enter the White House. Donald Trump has criticised both free trade and the notion of a transatlantic security alliance rooted in an unambiguous US military commitment to European defence through NATO. For all the post-Brexit silence on foreign affairs, the UK is embroiled in the most challenging period for its diplomacy since the Second World War.

Since 23 June the UK’s post-Brexit foreign policy debate has not advanced much beyond the coining of the new slogan ‘Global Britain’. The Foreign Secretary’s first ‘vision’ speech on 2 December did not provide a detailed account of what this actually means. As a consequence, there is as yet no sense as to how the UK’s international affairs will be reorganised and recalibrated. They are currently heavily intertwined with EU policies – in foreign and security, border, asylum, cross-border policing and justice policy, and on immigration, trade, aid, the environment, energy and development. The UK faces a major task in devising new policies to replace those it currently pursues as a member of the EU.

The key issues that arise for both the UK and the EU include:

For its part, the UK will need to determine the degree to which it wishes to seek autonomy from the EU, and the extent to which it might envisage its own policies diverging from the portfolio of existing EU policies. At present, the EU provides efficiencies for the UK in addressing a wide range of foreign policy and security issues, via a multilateral format, with 27 other European countries.

Once outside, the UK is unlikely to be happy simply to adopt EU policies which it has played no role in framing. However, shared borders and a common neighbourhood should certainly dictate the need for partnership post- Brexit. The foreign, security and defence policy component of the future EU-UK relationship should, therefore, represent a relatively straightforward negotiation.

Some voices in the UK Government will argue for a more arms-length relationship. During the referendum campaign, it was suggested by the Leave camp that NATO was a far more significant contributor to European security than the EU, and that exit from the EU’s foreign, security and defence policies would not be significant for the UK. This zero-sum view of the UK’s security policy choices is now somewhat complicated, not only by the election of Donald Trump but also by the recent agreement between the EU and NATO to broaden and deepen their relationship.

The UK will not be exiting the EU for at least two years. The implication of the extended transition is that there is a need for a balancing act between exit negotiations and the simultaneous participation of the UK in EU policy-making. This is of real significance for the EU, as the UK has been active – and often strident – in shaping collective policies towards third countries and the EU’s role in international affairs more generally.

The UK’s vote to leave also coincides with the EU’s own decision to map out an ambitious vision for its international role in the next decade. The EU’s new Global Strategy (EUGS), published after the UK referendum but instigated before it, sets out a roadmap for an enhanced foreign, security and defence policy role for the EU. The work to realise its ambitions is already underway, but it is not clear how the UK will respond to these developments. The connected, contested, more complex world the EU strategy identifies maps onto the UK’s own analysis within its 2015 National Security Strategy. The linkage between external and internal security is a hallmark of British thinking on the new security environment. Consequently, the UK will not want to be a passenger during the Brexit transition, and will remain active and engaged in areas and activities in which it sees its national interests in play.

The development of the architecture of future EU security and defence policy does, however, present a challenge for the UK. For the remaining 27 member states, the immediate impact of Brexit has been to give impetus to ideas on reforming EU defence policy which have been in circulation for some time. A key reason why defence is an attractive area to focus on is because the UK has vetoed modest proposals for the development of the EU’s Common Security and Defence Policy (CSDP). The UK has shifted from being a leader, in the late 1990s, to a laggard in recent years. London has not been willing to engage at a significant level with CSDP military operations. Further, it has been resistant to proposals to further deepen defence integration among EU member states.

Germany and France are the key players in this initiative, enthusiastically supported by the High Representative/ Vice President Federica Mogherini and the European Commission. After an initial public repudiation by UK Defence Secretary Michael Fallon, the UK has softened its position. Thus, it has quietly agreed to increase the budget of the European Defence Agency (EDA) which it had previously resisted.

Foreign, security and defence policy are areas in which the UK has significant national capabilities and influence. Whether these will, can or should be leveraged to the UK’s advantage in the Brexit negotiations will only become apparent once Article 50 is triggered. Either way, Brexit will impact significantly on the way Britain pursues its engagement with the outside world.

Richard Whitman is a senior fellow at the UK in a Changing Europe, and Professor of Politics and International Relations at the University of Kent.