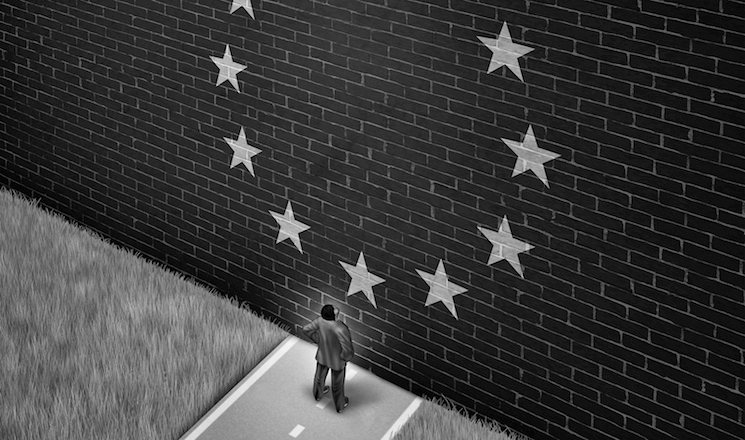 The Quarterly Migration Statistics released on 1 December show that EU migration remained roughly flat, at historically high levels, in the year to June 2016. There is no evidence that migration slowed in the run-up to the referendum or that there was any ‘surge’ or ‘‘closing-down sale’ effect’ from EU nationals wishing to establish residence rights in the UK before Brexit.

There are only tentative data about post-referendum trends in migration flows:

There is some anecdotal evidence (for example, in the university and health sectors) that EU nationals may be less willing to move to, or remain in, the UK, as a consequence of what is perceived to be a less welcoming and secure climate.

Overall, information to date tends to support the view that net migration from the EU to the UK is likely to fall, perhaps quite significantly, but it is too early to be certain of the magnitude of this impact.

As Anand Menon suggests in his contribution, the balance of UK political opinion has swung clearly against free movement in anything like its current form. The UK Government has made a number of broad policy statements on the desired shape of a post-Brexit immigration system:

Together, these statements indicate that the Government intends the new system:

However, probably because policy development within government is still at an early stage, we know little about:

Other member states have maintained a united front. Their position remains that free movement – as one of the ‘four freedoms’ – is fundamental to both the EU and single market, and that if the UK is not prepared to accept free movement it cannot hope to replicate anything resembling current arrangements for trade in goods and services (including financial services). Member states’ motivations for this line differ: in France and some others, ruling parties do not want to give further ammunition to populist parties by making any concessions to the UK, while for newer member states the priority is the interests of their own citizens who have moved to the UK or might wish to do so.

Free movement does not mean the automatic right to live in another member state or immediately access the benefit system, and Germany and some other member states have made clear that further changes to the detailed practical operation of free movement remain on the agenda. If the UK maintains the stance set out so far by the Prime Minister, this may be of limited Brexit relevance. If, however, the UK shifted to prioritise single market membership, there would be more room for discussion and possible compromise.

Several member states have indicated that they share London’s view that the rights of UK residents in EU states should be generally protected, and vice versa. However, they have held to the line that there can be no negotiation on this or any other issues until Article 50 is triggered.

Over the next few months, the UK Government will continue to develop policy options. However, progress can be only limited until Ministers agree their negotiating objective and key priorities. Both currently appear a long way off, with some – such as the Chancellor and Business Secretary – regarding as important the single market and business’s ability to recruit the workers it needs, while the Prime Minister appears to see restoring full control over immigration policy and reducing migrant numbers as taking precedence.

Intermediate positions are possible (and likely) – but there is no assurance that the EU will accept them even as a basis for negotiation, and even this seems unlikely to become known until Article 50 is triggered. A considerable period of uncertainty is therefore likely, with the UK presenting a relatively general position (with possibly some more specific and conciliatory proposals on EU nationals currently resident in the UK) and then a prolonged negotiating standoff.

Jonathan Portes is a senior fellow at the UK in a Changing Europe, and a Research Fellow at the National Institute of Economic and Social Research.