Brexit – six months on: The law 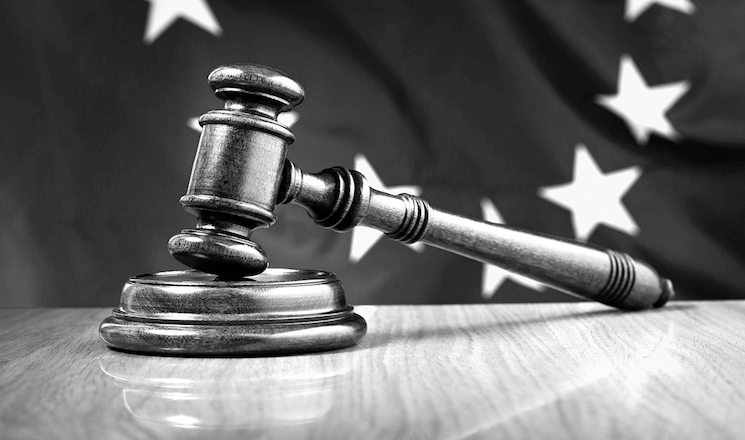 When the electorate voted to leave the European Union on 24 June, the political and legal worlds collided. Lawyers were forced to address the political reality of the situation; political scientists had to become lawyers very quickly. Everyone is now an expert on Article 50 of the Treaty on European Union, the rudimentary provision which governs the process of taking the UK out of the EU. This has been the subject of hours of political and legal debate, a momentous decision of the High Court and, soon, an equally momentous decision of the Supreme Court. So, what have we learned in the last six months?

Triggering Article 50: who can do it?

The national constitutional traditions of the UK determine how and when to trigger Article 50. But what are those constitutional traditions? In a country such as the UK, with an unwritten Constitution, this is uncharted territory. The UK Government argues that it should be able to trigger Article 50 due to its executive or ‘prerogative’ powers. These are the powers by which it makes and unmakes international treaties. By contrast, the claimants in the case brought by Gina Miller and others argued that, because the consequence of triggering Article 50 is to take the UK out of the EU, and thus to deprive UK nationals of key rights such as the right to free movement, this is something over which Parliament should have its say, probably through an Act of Parliament. The High Court agreed with Gina Miller.

Will the Supreme Court decide any differently? The Government has made a stronger case for its appeal, with the benefit of academic commentary which has proliferated since the High Court decision. But, crucially, the Government has not changed its mind on the concession it made to the High Court that Article 50, once triggered, is irreversible. The political reason for this is clear: if the Article 50 process is reversible, Brexit will no longer mean, well, Brexit. But there is a legal reason too: if there is uncertainty over whether a decision to trigger Article 50 is reversible, this is a matter for the European Court of Justice (ECJ) to decide, on a ‘reference’ from the Supreme Court. The Supreme Court, as the court of last resort in the UK, is obliged to make a reference if the point is necessary to enable it to give judgment. The delay resulting from any reference, together with the potential of a serious political backlash if ‘Europe’ is seen to be impeding the Brexit process, make a reference unlikely.

The Supreme Court is likely to want to decide the case without reference to the ECJ, preferably by a unanimous decision of all eleven judges hearing it. An eleven-justice court is a first for the Supreme Court – necessitated by the need to avoid any perception that the members of any five-judge panel, the normal size, had been selected for their pro- or anti-EU sentiments.

As Sara Hagemann explains in her contribution, EU politicians have made it abundantly clear that there are to be no negotiations without notification. In other words, no formal or informal soundings between the UK and EU can take place until Article 50 has been triggered. This is more problematic than first appears, due to problems with timing and sequencing.

Article 50 allows two years for the exit negotiations, unless this period is extended by unanimous agreement, which is thought unlikely. But if Article 50 is triggered by the end of March 2017, as Prime Minister Theresa May has promised, the following two years include the period of the French and German elections, when key politicians will be distracted by domestic issues, not least the time that will be needed to form a German government. The timetable must also factor in time for discussions between London and the UK’s devolved administrations, as outlined in Michael Keating and Jo Hunt’s contribution here, and consideration of any draft deal by the European Parliament – not to mention the risk of time being taken up with any unexpected crises. Guy Verhofstadt, Brexit lead for the European Parliament, has said that the negotiating period will be only 14-15 months; and the European Commission’s negotiator, Michel Barnier, said in early December that any deal needed to be wrapped up by October 2018, to allow time for approval. And there are major issues to be discussed in this period: UK budgetary contributions and the cost of the ‘divorce’, pension liabilities for British officials working for the EU institutions, the relocation of EU agencies currently based in the UK, research funding, and the UK’s position in respect of obligations to third countries entered into by the EU on behalf of the member states, to name but a few.

And all of this says nothing about the future relationship between the UK and the EU. Article 50 does not provide the basis for concluding any such agreement: this will have to be done on the EU side by using the powers laid down in Articles 207 and 218 of the Treaty on the Functioning of the European Union, which allow the EU to negotiate international agreements with non-member states. Any such agreement is likely to be a ‘mixed agreement’, which means that it will require the unanimous agreement of the 27 member states, the consent of the European Parliament and the agreement of 38 national and regional parliaments, including that of Wallonia in Belgium, which initially blocked the EU’s recent trade agreement with Canada (CETA). And, at the moment, the EU is insisting that it will not begin negotiations on its future relationship with the UK until the latter becomes a ‘third country’ – that is, only after the divorce is completed. However, Article 50 does make clear that the divorce negotiations must take ‘account of the framework for [the UK’s] future relationship with the Union’. This would indicate that there should be some agreement on the direction of travel for the UK, and probably some transitional arrangements.

At the domestic level, the (misnamed) Great Repeal Bill will be working its way through the parliamentary process. Intended to repeal the European Communities Act (ECA) 1972 (the Act that took the UK into the then European Economic Community), the Great Repeal Bill will in fact expand the volume of legislation on the statute books, since it will provide a UK footing for all EU legislation in the name of legal certainty. But that legal certainty is undermined by the huge uncertainty generated by having to replace with British equivalents more than a hundred EU agencies which currently service, for example, the EU financial services regulation. At its smallest since the Second World War, the civil service is going to have its work cut out.

Catherine Barnard is a senior fellow at the UK in a Changing Europe, and Professor of EU Law at the University of Cambridge.