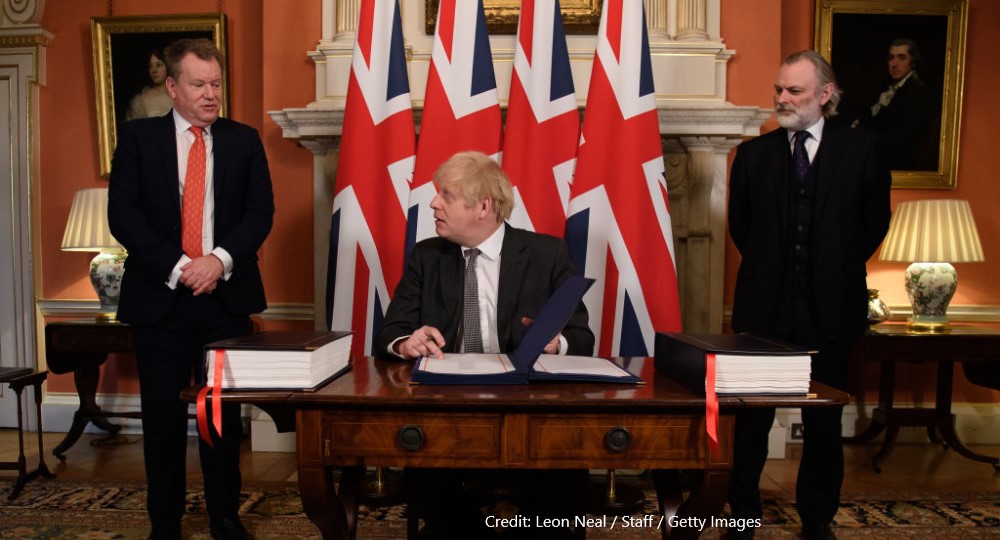 Now that ‘Brexit is done’, I find it more not less difficult to reach conclusions, and am probably not alone in this. Many have already rushed in with their views, yet I am reluctant to second-guess them.

One little-noticed aspect of our national debate is that even objective commentators have struggled to avoid projecting their personal emotions into the argument. Perhaps a degree of war-weariness is for the best.

The time since the Brexit referendum has already exceeded the whole of the Great War (and both ended with sapping and costly pandemics). We must hope to move on from the ‘hot war’ towards more reflective positions – as M. Barnier once put it, to ‘de-dramatise the situation’.

I offer now a few tentative perspectives on the process itself and the path ahead.

Brexit had always been essentially a political argument, though one fought over economic territory. I have come to realise that, while we share much European history and experiences both of triumph and disaster, we discern an element of threat from the ‘Continent’ largely unchanged over two millennia.

Uniquely, we have only to go to Dover and see it for ourselves; in contrast with our European neighbours, who have indeed faced or even succumbed to similar threats, but ones which have varied over time and been less geographically stark.

We who have sat through the whole of the British argument since the 1950s should have noticed that Gaitskell’s ‘1,000 years of history’ would always be likely to trump what became just over 500 months of our EEC/EU membership.

Yet at the same time, even if not always causatively, those months have coincided with development of close ties with Europe, at the commercial and diplomatic level, but equally in culture.

I often comment that the Premier League and Formula One are truly international activities, where a nativist approach would be bound to fail. We are assiduous tourists, often on package tours, which in a sense limits our exposure to a rather linear relationship (we are not unique in that).

Yet many of us also travel independently, without automatically qualifying as the dreaded Metropolitan elite; many too have family members in other EU countries.

Where perhaps again we differ is that (with the exception of Ireland) we do not usually see a visit abroad as being a short trip to shop or to a restaurant across a land border, which would provide a change of scene and a chance for families to exercise their language skills.

Notoriously, we are weak in this area (except at the diplomatic level); and this is compounded by the emergence of English as the default international language.

So, in a sense, we are relaxed and content to ‘be European’ though reluctant to ‘think European’, and the enthusiasms of the 1970s and the first referendum have long left us.

I turn to the Christmas Eve Agreement itself. While of course this has both drawn and will merit close analysis (often in ‘real time’ with reading its dense text) I find it refreshingly unsurprising.

For all the ‘noises off’ of successive British Prime Ministers and our media and the mantra ‘better no deal than a bad deal’, it was difficult to see how this could be so. The greater danger perhaps was that of brinkmanship – that, as in 1914, the negotiators would simply run out of time.

As it is, free trade without tariffs or quotas is a substantial relief, even when threatened by process over any alleged infringement of the level playing field. There is also a theoretical provision for potential abrogation after five years, but this is precedented in other trade deals.

So too the fraught issue of fisheries is largely parked for the same period. The absence of a substantial deal on financial services is more troubling.

Few yet will claim comprehensive knowledge of the whole deal. To some extent we shall ‘learn by doing’, particularly as specific problems emerge, for example with British owners of second homes or overseas accounts.

I myself reflect that I have farmed for the whole duration of our membership of the CAP, which is hardly faultless; yet, although for example the linseed I grow is probably processed in Belgium I have never needed to complete a customs declaration, because my grain merchant handles that if required.

So too those going to a European football fixture will hardly notice any difference (unless they have a heart attack, and have failed to replace their EHIC Card). Ironing out such problems in a good spirit will be a template of the deal’s acceptability.

We have avoided a damaging diplomatic break. We now need to make things work, across the provision for multiple specialist Committees and the Partnership Council.

This will require the active engagement of Government and the private sector, but also proper continuing parliamentary scrutiny and political involvement.

No-one will benefit from a simplistic ‘withdrawal’; and we will need to work harder to secure our interests, and to get a hearing for our views even on those which go wider than the EU itself (like climate change).

Confrontation and discourtesy are unlikely to bring us desired outcomes. We should eschew any blatant attempt to reverse Brexit (dropping the noun would be a good start), and we should avoid false polarisation between the Britain which looks globally and the same country which continues to trade and relate with its neighbours.

I personally have always been able to accommodate a family dispersed through the Commonwealth and the US, and am well aware of the positive role inward migration also has played in diversifying our national interests and widening our influence.

We do of course need a successful modern economy, to power our readiness to act on the global stage, and perhaps to turn away from the legacy of a long and draining argument over Europe. We need time to settle down.