Brexit talks with Corbyn are doomed to fail 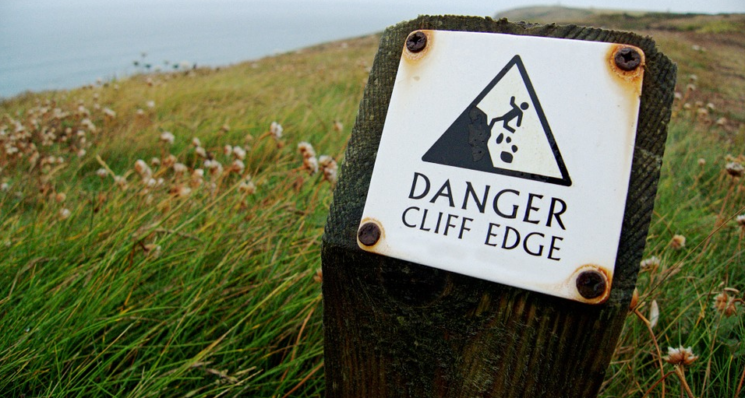 The official talks between the government and the Labour opposition to settle the Brexit crisis make for great political theatre. Between the first and second days of the talks, it was reported that ‘more progress than expected’ had been made. The EU’s leaders are watching the progress expectantly, but they should certainly not hold their breath. The talks are extremely unlikely to resolve the parliamentary stalemate that is paralyzing British politics.

The bottom line is that it is not in the interests of May or Corbyn for the talks to succeed, although both leaders need to go through the charade of negotiating to strike an agreement in the national interest. Both sides are characteristically insisting on red lines that make an accord virtually impossible: Labour will hold out for a confirmatory referendum on the deal, a position the government strongly rejects.

For May, reaching an agreement with Corbyn on the Withdrawal Agreement by relying on Labour votes would finally send her party over the political precipice. Any deal would almost inevitably mean a ‘softer’ form of Brexit implying a customs union and stronger regulatory alignment with the single market. Leading Tory Brexiters view such arrangements as a final act of national humiliation. Moreover, if Labour bailed out May’s agreement, Corbyn’s party could pose as the saviour of the national interest.

For Leave voters, the Labour party would have ensured Brexit actually took place. For those who voted Remain, Corbyn would have ensured stronger ties to the EU after Brexit, while preventing the calamity of a no deal Brexit. May, whose days as Prime Minister are already numbered, would be literally run out of Number Ten by an incandescent Conservative parliamentary party.

Make no mistake: May needs these talks to fail. Similarly, for Corbyn, striking a bargain with the government is riddled with pitfalls that would significantly weaken his leadership position. Labour’s central objective in the Brexit process has always been to attain power by forcing a general election. Maximum political chaos is believed to be helpful both in forcing an election, and deposing the ruling Conservative party from power.

Corbyn also knows that being seen to facilitate a ‘Tory Brexit’ would be viewed with contempt in his own party. Up until now, Corbyn has been able to broadly maintain his popularity with party members, despite many objecting to Labour’s timidity in not pushing harder for a second referendum. If he effectively made a governing pact with May on Brexit that led to Britain finally withdrawing from the EU, Corbyn’s internal position would become significantly more unstable.

The central problem of Corbyn’s leadership since the 2016 referendum arises from his inability to understand the strength of feeling inside the Parliamentary Labour Party and the wider membership of the party about Brexit. He himself has been a eurosceptic in the past, opposed to the corporate capitalism of the single market arrangements, centered as they are on free movement of labour and capital. Although Corbyn’s hostility has waned since the 1980s, he doesn’t understand that for many in his own party, Europe is an existential issue, a matter of deep personal faith. The depth of belief in Europe among some on the Left in Britain has almost religious dimensions.

Why is this? For one, membership of the EU helped the Left in the UK to erect an effective bulwark against Thatcherism. While British trade unions were routinely ignored by Conservative governments in the 1980s and 1990s, they acquired a seat at the table in Brussels.

The rights enshrined in the EU Social Chapter, for example, made it extremely difficult for a future Conservative government to weaken existing social and employment regulations, as long as Britain remained an EU member. For many on the centre-left in Britain, leaving the EU potentially exposes Britain to a further wave of quasi-Thatcherite reforms.

But Europe is also of existential consequence to many in Labour, as belief in the project of a unified Europe replaced the ideological certainties of traditional socialism after the collapse of the Berlin Wall. As faith in collective ownership of the means of production and state control of the economy waned, it was replaced by a renewed sense of belief in the EU.

Europe promises both a revived internationalism, as well as a model of social democracy in action which is instinctively appealing to many on the Left. For Corbyn to be perceived as facilitating the UK’s withdrawal from the EU in any way would put him on a potentially catastrophic collision course with many of his own members.

The Labour leader knows this, hence his determination to curb the influence of those in his Shadow Cabinet who are intensely relaxed about leaving Europe. Corbyn is politically constrained too by the policy agreed at the last Labour conference which in essence favours a ‘People’s Vote’. It is striking that in the last round of indicative votes, for example, the Labour opposition ended up whipping its MPs in favour of a second referendum.

In these circumstances, what we can expect from Corbyn is to walk away from the talks with the government having done his best to undermine them, while maintaining his position of ‘constructive ambiguity’ on Brexit. He will be praying that a general election comes before the contradictions and inconsistencies in the Labour party’s own position on Brexit are further exposed to public view.