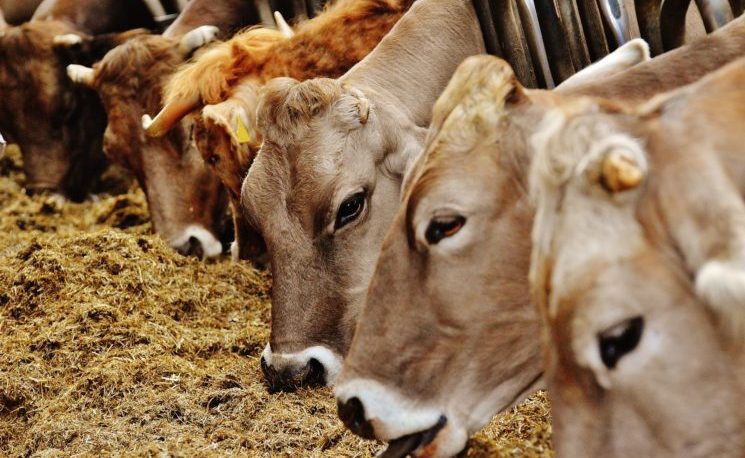 The Common Agricultural Policy (CAP) remains a core policy of the European Union. In the past it has accounted for as much as 70% of total European Union spending. It has now fallen to a little under 40% but it continues to have a major impact on agriculture and the way in which rural areas are managed. In the UK about 75% of the land is farmed and so agriculture has a major impact on the environment.

Brexit would obviously take the UK out of the CAP, but it raises three interrelated issues in particular. First, what would happen to agricultural trade and markets? Second, what sort of agricultural policy would we have in the UK post-Brexit? And finally what would be the implications for rural areas?

How would Brexit affect British agriculture?

The UK produces about three quarters of the indigenous types of food that we consume. We are thus major net importers of agricultural products. Trade in agricultural products is closely connected with the EU: about 70% of food imports come from the EU and 60% of exports go to the EU. The impact of Brexit on agricultural trade and prices inevitably depends on the trading arrangements that would be made with the EU and with other countries upon leaving. This has been the focus of considerable debate but without any clear answers.

A report by the Wageningen University commissioned by the National Farmers’ Union models three alternative scenarios: A free trade agreement between the UK and the EU, an arrangement based on World Trade Organization rules on non-discrimination, and UK trade liberalisation. The first two scenarios lead to some increase in food prices, mainly due to the increase in trade facilitation costs and the costs of checking that trading rules are being met, while trade liberalisation leads to a decline in prices.

The net impact on farm incomes depends on the level of subsidy maintained to farmers under a new UK agricultural policy. With an abolition of direct policy payments, farm incomes would fall under each of the three scenarios by between €17,000 – €36,000. Of course, the view taken of the desirability of the possible outcomes would be different between farmers and the consumers who would benefit from lower prices.

There is similarly no clear proposal as to what form a UK agricultural policy would take. Some Brexit supporters have suggested that subsidies for farmers would be continued but in the past UK governments have consistently favoured a more free trade approach to agricultural policy than has been implemented under the CAP. A Defra / Treasury report published in 2005 was highly critical of the CAP and argued strongly for liberalisation. In recent CAP negotiations, the UK has argued for lower levels of EU spending and a shift from direct payments towards payments to farmers based on their contribution to environmental improvements.

On this basis, it might be assumed that there would be at least some, probably phased, reduction in levels of subsidy. This would have different impacts on different types of farm. It would particularly hit those currently benefiting most from subsidy, particularly upland grazing farmers who would face real difficulties in surviving. There would be some mitigating factors, especially in the longer term. Farm rents and land prices would be likely to fall and prices paid for some inputs might fall too.

So, what might we expect from a more liberal approach to agricultural policy? The first answer is that there would be winners and losers. The worst case for farmers might be that we end up with free trade in a context where there is reduced levels of subsidy in the UK while subsidies are retained in the EU. This would represent a significantly uneven playing field.

But some farmers would welcome an opportunity to wind back regulation and bureaucracy. The UK government might take a less restrictive approach to genetically modified organisms (GMOs) or pesticide regulation. Of course, it might equally decide that the regulations are justified by the risks that they reduce, such as the threat of the spread of livestock or plant disease. Brexit, freeing the UK from the need for compromise among 28 states, may be seen as an opportunity for more radical policy reform, to remove subsidy and encourage innovation and adjustment of the farm sector.

A parallel is often drawn with the experience of New Zealand, which liberalised its agricultural policy in the 1980s. This led to substantial upheaval alongside innovation. Agricultural exports doubled in the decade following reform with the formation of new competitive rural sectors, such as in wine and dairy production. But perhaps in a densely settled island without New Zealand’s comparative advantage, the opportunities are not the same in the UK.

How would Brexit affect the UK’s rural areas?

The third key area relates to the possible implications of Brexit for rural areas. The changes in the CAP have brought increased funding for ‘rural development’, which now represents about 25% of total CAP expenditure. This pays in particular for agri-environment schemes but also supports farm diversification and forestry. The UK government has argued in the past that this expenditure represents better value for money than the funds allocated as direct payments to farmers, and so a UK policy might be expected to shift expenditure towards ‘public money for public goods’.

This might offset to some degree the impacts of any reduced level of direct payments. But in the past the debate was about a transfer from one element of agricultural policy to another. After Brexit, the competition for funds would come from all other areas of government spending; it could be harder to justify greater expenditure for the environment if this means less for the NHS and education.

Wider questions relate to the rural environment. Environmental policy has been substantially driven by the European Union over the past thirty years or so, with major policies relating particularly to water quality and biodiversity. A UK government might choose to relax some of the standards that have been set in Brussels. There is not much evidence on what would happen in practice, although various statements by senior members of the government in the past have questioned the strength of its commitment to environmental standards. The government’s anxiety to speed up housing development and promote fracking may suggest that the environment could be given a lower priority in the absence of European oversight. But here too clear indications are lacking.

So what can we conclude?

The firmest conclusion is that there are no certain answers and that whatever eventuates, there will be some winners and some losers. Brexit offers the chance to design policy specifically for UK conditions, but also brings risks of a UK policy that is out of line with EU policy. A more liberal agricultural policy and relatively freer trade do seem likely to make life harder for the majority of farmers. This will be unwelcome news in the present context of already depressed farm incomes. On the other hand, a few could benefit from the greater flexibility and more rapid adjustment that would be stimulated by a more liberal approach to policy.

It is hard to see much positive about the prospects for the rural environment. While there is debate about the extent of the environmental benefits that have been secured through the development of environmental regulation and agri-environmental policy, it does seem quite likely that at least some of those environmental gains could be lost as a consequence of Brexit.

This piece was written by Professor Ian Hodge, Professor of Rural Economy at the University of Cambridge.