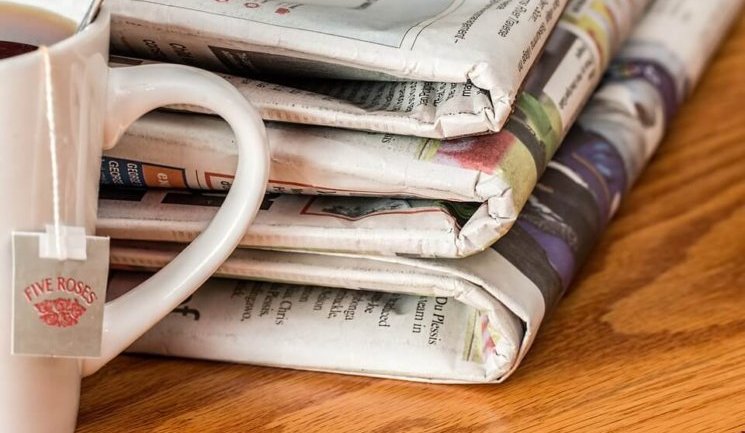 Following the referendum in 2016, the public sphere came alive with fierce debate about Brexit.

A key political actor at the centre of the Brexit debate is undoubtedly the news media. Like the election of Donald Trump, Brexit has fuelled extensive international media interest. Therefore, understanding how Brexit is reported in the UK, the EU and beyond has become a key question for scholars of international political communication.

This post explores that question based on findings from the recent book ‘Reporting the Road to Brexit’, which has 20 chapters examining news coverage of the referendum and the Brexit outcome across 18 global locales, including cases that represent parts of the UK, the European single market, and beyond.

A deeper understanding of how Brexit is represented in international news coverage provides the UK Brexit negotiators with an indication of how Brexit is viewed abroad, which in turn has the potential to enhance the UK government’s strategic decisions amid the negotiations.

The day after the 2016 referendum, BBC News reported a compilation of front pages from a broad range of international newspapers. It suggested that the outcome of the referendum was largely framed around ‘crisis’, and likened to a natural disaster, with the vocabulary centring on words like ‘tsunami’, ‘earthquake’, ‘danger’, ‘catastrophe’, ‘panic’, ‘existential crisis’ and ‘Shakespearean tragedy’.

In keeping with this, a key finding from the book suggests that, in the run-up to the referendum, across both UK and international media cases, the news reporting was largely framed around a narrative of crisis and fear.

The book argues that a focus on imperilment related to a Brexit outcome inadvertently placed the Leave stance in the foreground, portraying it is as an inevitability.

This suggests an inherent anti-Brexit media bias, particularly across European media outlets. That said, there is evidence of diverse reporting within certain locales, particularly those in Southern Europe, in countries like Greece and Italy where the referendum served to catalyse debate about their own potential exit from the EU.

In this sense, the book’s findings are in keeping with the growing wider recognition that there is a distinct division between attitudes in northern and southern member states. Indeed, the media in northern European countries – for example, Norway and Austria – were found to contribute to a narrative conveying Brexit as a disaster for democracy.

In contrast, in southern Europe – for example, in Greece – the outcome of the referendum was hailed by some media as a victory for democracy over German hegemony in Europe.

Wider international cases included analyses of media output in Turkey, Israel, Canada and Russia, which suggest that the feferendum and Brexit were used as a discursive tool on which the debate pivoted towards the locale’s own domestic and local interest. For example, in the case of Israel, the media used the referendum and Brexit to reflect on potential impacts from a feared financial crisis.

In the UK context, the British or London-based media, as opposed to that based Scotland, Wales and Northern Ireland, appear to have been fixated on, particularly in television news, the internal dynamics of the British Conservative Party, which has been historically divided over the matter of European integration.

This also seems to have been the case after the referendum, whereby London media have framed much of the Brexit debate around an apparently ongoing Conservative civil war.

This finding supports the criticisms following the referendum that some voters did not feel sufficiently informed and armed with quality information related to the pros and cons of leaving or remaining in the EU.

Notwithstanding the concerns about the deficits of the Leave and Remain campaigns, it seems pertinent to identify and question the normative role of the media in the Brexit debate.

In cases where the news media focus on the political game, sensationalism is given a more salient position in the public sphere. Quality information and policies about an important issue, like Brexit, can become lost or diluted amid the din of political game playing, with which traditional media can often be in cahoots.

It raises further questions about the media’s role in democracy and whether, in the case of the referendum, the media contributed to or detracted from the fostering of a quality democracy.

The book suggests that in terms of reporting and debating quality information about Brexit, the British media have something to learn from the Scottish media, where a focus on the political game playing within the Conservative Party was found to be less prevalent.

In its place, Scottish media more frequently engaged with detailed representations and analyses of factual information associated with the decision to vote Leave or Remain.

In this sense, it seems plausible to suggest that parts of the British electorate could have been deficient in terms of their EU literacy in the run-up to the referendum – especially in England and Wales where London media dominates.

The blame for the lack of information has largely been thrust upon those politicians leading the referendum’s campaigns. However, it is important to recognise that the media play a crucial role in democracy, but, unlike much of British politics, are often under-scrutinised.

Problems arise when media on both sides of a political debate abandon or avoid impartiality and balance. In doing so, debates can become polarised and devoid of facts which in turn can impact on democratic quality.

The book, Reporting the Road to Brexit, aims to go some way to identifying media anomalies that have the potential to impact on democratic activity in the context of the wider public sphere.

The referendum and Brexit are unique cases, but ought to be considered as a test of Britain’s democratic fitness and whether the media contributes to or detracts from a heathy British democracy.

By Dr Anthony Ridge-Newman, lecturer at Liverpool Hope University. He is the lead editor of the book ‘Reporting the Road to Brexit.’