Brexit, the US elections, and Covid-19: No hiding place for the UK Government 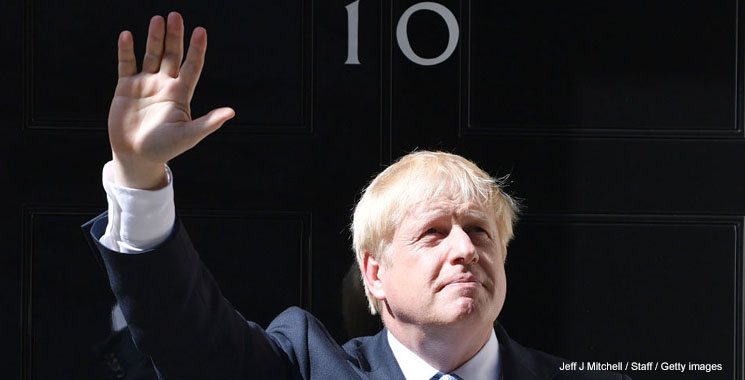 The Brexit saga has been somewhat side-lined since the European Council Summit on 15 October and London’s assertion that talks with the EU were as good as over. Events across the pond and a worsening coronavirus crisis in Europe have been centre-stage. But the Government knows that the US elections and coronavirus are inseparable from the political need to present the outcome from the UK-EU negotiations as a success.

Many Brexit loyalists may have imagined that a Trump victory would bolster the case for no deal, while blaming the EU for refusing a ‘Canada-style’ free trade agreement.

Instead, ‘Global Britain’, luxuriating in its trade agreements with Japan, and this week with Kenya, would happily take an ‘Australia-type deal’ with the EU – in reality, no deal with WTO tariffs on exports – before signing a trade agreement with Washington.

This forgets that whoever occupies the White House, a trade deal would need approval from the House of Representatives, which is far from certain.

Moreover, any deal with Washington would suit American interests far better than the UK, doubtless including fracked gas exports, US pharmaceuticals accessing the NHS, and opening the UK market to cheaper American farm products.

The rhetoric would claim that we had stood up for British interests in snubbing the EU, who will repent their folly in not respecting a newly sovereign and independent UK.

Now though, instead of a Brexit-supporting Trump White House intent on further destabilising the EU, a Biden Presidency will seek to rebuild relations with Paris and Berlin and oblige London to back-pedal on its illegal rewriting of the Withdrawal Agreement.

Just weeks ago, Joe Biden and Nancy Pelosi declared that any threat to the Good Friday Agreement would mean no US/UK trade agreement.

The Covid-19 connection is equally clear: the economic and human cost of the pandemic is inescapable. Even Johnson and his Government must realise that dealing with a worsening pandemic requires cooperation between allies, sharing of information, and we hope, eventually a vaccine.

An abortive no-deal Brexit would compound the UK’s economic woes. Outside the EU and without a close transatlantic bond, the world will seem a cold place. Other global powers such as China, smarting from London’s Huawei U-turn, will not rescue a weakening UK economy.

In trade terms, UK exports to the Commonwealth amount to £65.2 billion, compared with £300 billion to the EU in 2019. Nor can Britain rely on the Anglosphere to form a new global belt embracing the UK at its centre.

The US under a Biden Presidency will be more interested in relations with the EU, while UK exports to Canada, Australia, and New Zealand are just £18.21 billion, less than Belgium and Luxembourg’s £18.44 billion.

So, what of the Brexit talks, shrouded in the darkness of ‘the tunnel’ for the past fortnight? The main barriers to agreement remain fishing, state aid, governance, and justice cooperation. The transition period ends on 31 December, but any agreement must be achieved within days to allow completion of the ratification process.

The National Audit Office warns of significant and widespread disruption to trade at borders, and says preparations have been disrupted by the coronavirus pandemic.

For haulage firms, there will be only a few weeks to resolve the huge task of getting to grips with an entirely new regime of customs checks and permits, all unnecessary while the UK was an EU member state, or during the ‘transition period’.

In fact, Brexit has hardly happened. The queues, backlogs, delays, food supply disruption, drug shortages, rotting fish and fresh produce, the escalation in costs of insurance and logistics, bureaucracy, and form-filling, electronic or otherwise, has not even started. We may wonder how many of the British public even realise this.

Perhaps such speculation is a reprise of Project Fear?

More likely, it is the future under no deal, and alarmingly, not greatly different under the skeleton agreement that will probably emerge in the next few days. The damage is likely to be considerable and long lasting, even if not quite the dramatic rupture, replete with acrimony, that no deal would surely bring.

The government will of course present any negotiated deal, however thin, as a victory for Johnson’s diplomatic skills and those of his Brexit Secretary, Lord Frost.

Johnson has said that Britain will ‘prosper mightily’, with or without a deal. But Biden’s winning the White House deprives him of a soul mate in Washington. He cannot risk antagonizing a new Democratic President by proceeding with his Internal Market Bill which, according to many senior figures in his own party, breaks international law.

Former Prime Ministers warn it could imperil the fragile peace in Northern Ireland. The European Commission is pursuing legal action against the UK and insists that the Withdrawal Agreement must be implemented in full, with checks on goods moving between Great Britain and Northern Ireland.

The required infrastructure is not in place, so a period of adjustment will be needed. Northern Ireland’s Unionists will have no choice but to accept the ‘border in the Irish Sea’, agreed by Johnson in October 2019.

As for Brussels, there will be an agreement, a thin one, but an agreement all the same. An untidy compromise on fish will please almost no-one, and some system of dispute resolution on state aid and governance will be created.

Its terms of reference will almost certainly conform to EU single market rules, with few concessions to the UK. As President Macron said, ‘making the British Prime Minister happy isn’t the vocation of the sovereign leaders of the 27 member states that chose to stay in the EU’.

Tempting though no deal might be for Johnson, the odds are that a deal will emerge. The UK cannot, in the final analysis, destroy a large part of its manufacturing sector on the altar of Brexit. Agreement on services will have to wait.

Expect negotiations to continue throughout 2021 and beyond; as will discussion of the EU-UK security relationship, until now, at Johnson’s insistence, left out of negotiations. Interminable wrangling and dispute will become a new normal, a far cry from the ‘frictionless trade’ Theresa May promised.

In 2016 Michael Gove insisted that ‘we hold all the cards’ in EU negotiations. Incredibly, he recently defended those words. The unity displayed by the EU since the referendum, the coronavirus pandemic, a worsening economic outlook, and now the US elections suggest that UK post-Brexit prospects are bleaker than anyone in government is prepared to admit.

Is this the Brexit endgame? Probably not. Disputes, arbitration, and negotiation will go on for years.