Brexit, voice and disloyalty: the City of London and the limits of financial power 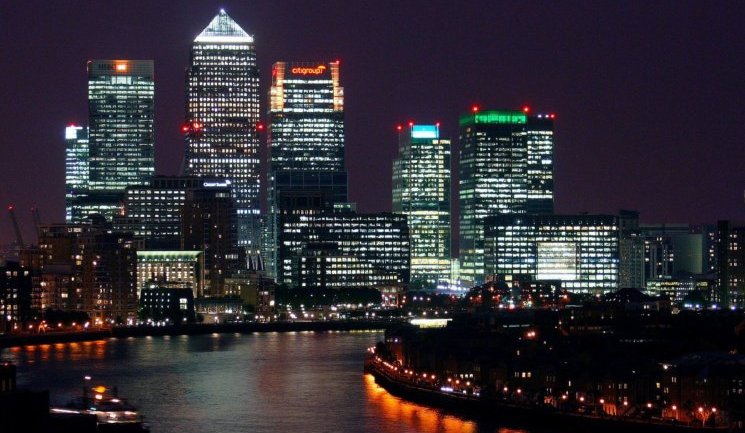 Brexit poses a profound challenge to the economic fortunes of the City of London. As one of the world’s largest and most competitive financial centres, London provides a base from which many global financial firms can access lucrative EU markets. It is therefore puzzling that, to date, Theresa May’s government has committed to the pursuit of a ‘hard’ Brexit policy which threatens to leave the UK-based financial industry outside the single market. How can we explain the City’s apparent inability, thus far, to shape the UK government’s Brexit policy? And how might the 2017 general election have changed things?

The influence of the City raises profound questions about business power. The City wields formidable ‘latent’ structural power in the UK on account of its economic size, contributing over 7% of UK GDP, 12% of income tax and national insurance, and 15% of onshore corporation tax, and employing an estimated 1.1 million people.

Since the referendum, several banks have attempted to exploit this strategically by signalling an intention to relocate in the event of a bad Brexit deal and by expanding their ‘exit’ options. In recent months, for example, Goldman Sachs, Citigroup, JP Morgan and UBS have announced plans to move staff to Frankfurt; Bank of America Merrill Lynch, Standard Chartered and Barclays have targeted Dublin; while HSBC has augmented its operations in Paris. In addition, major European banks, such as Deutsche Bank, BNP Paribas, Societe Generale, ING and UniCredit, have also begun to repatriate their activities back to the continent.

Yet the economic logic of ‘exit’ is frequently countered by the political logic of ‘voice’. To shape policy decisions, latent structural power also has to be asserted through instrumental channels of influence. For this reason the City has sought to augment its lobbying capabilities, establishing the new European Financial Services Chairmen’s Advisory Committee (EFSCAC), chaired by Baroness Vadera. This group seeks to pool industry expertise on the anticipated impact of Brexit in order to influence the UK-EU negotiations. Despite these efforts, however, we suggest that the City’s instrumental influence is constrained by three factors.

First, Brexit is a policy issue characterised by heightened political salience. The EU referendum, and the political turmoil unleashed by the result, has shifted debate about EU membership from the ‘quiet’ politics of Whitehall to the noisy public arena. In this febrile context, the influence of the financial industry is limited because historically it is not well-suited to US-style ‘organised combat’ with elected officials, and is largely ineffective at generating wider sources of public support.

Furthermore, public threats by banks to relocate operations outside the UK risk damaging their longer-term reputation if they are perceived to exaggerate the costs of Brexit or if they fail to carry them out. Industry is also acutely aware that picking fights with the May government risks weakening the position of UK negotiators, and thus could lead to a worse Brexit deal – a point that has been made to bank executives by senior ministers.

Second, Brexit has exacerbated divisions between sub-sectors and financial firms in the City which hampers the projection of a consistent and credible message. Hence, attempts to channel the City’s lobbying on Brexit through the EFSCAC has met with resistance from powerful US banks that prefer to undertake their own direct lobbying with government.

Trade associations, investment banks and smaller firms have also complained about being under-represented, leading to the new body being subsumed into the existing CityUK lobby group. These divisions in part reflect the differentiated impact of Brexit on individual banks, depending on their exposure to trade with the EU27. Furthermore, a sizeable section of the City, centred on the highly fragmented hedge fund industry, views Brexit as an opportunity to expand trade opportunities outside Europe.

This led to the formation of the pro-Leave ‘City for Britain’ group during the referendum, and subsequently to the establishment of the pro-Brexit Financial Services Negotiation Forum. In short, the UK-based financial sector contains a greater diversity of views on Brexit than the City’s official representative bodies would suggest.

Third, institutional reform within Whitehall has disrupted the City’s traditional channels of influence into government. Historically this was centred around the City-Bank of England-Treasury ‘nexus’. Yet the creation of a dedicated Brexit department with close links to No.10 has centralised decision making.

This has emasculated the European expertise of the Treasury and Foreign and Commonwealth Office, and potentially leaves them marginalised from key decisions on Brexit. Anecdotal evidence also suggests that, prior to the election, City lobbyists found it difficult to access No.10 and that business groups would be ‘frozen out’ if they were too negative about Brexit.

The outcome of the election has led to speculation that business will henceforth play a greater role in shaping Brexit, driven by an emboldened Chancellor Philip Hammond. However, the City remains highly cautious in seeking to exploit this opportunity to push for a ‘softer’ Brexit. Political uncertainty is now greater and industry has invested huge resources undertaking detailed policy work on what a post-Brexit UK-EU Free Trade Agreement might look like. To avoid undermining its credibility by constantly reacting to political developments, it has chosen for now to ‘wait and see’.

The City has calculated that its influence over ‘high’ Brexit politics – i.e. political choices over hard versus soft Brexit – is limited and unlikely to improve in the foreseeable future. Where it may be more effective, however, is in its efforts to provide technical and legal advice to under-resourced and time-pressed UK and EU negotiators. It is here in the realm of the ‘low’ politics of Brexit, related to the regulatory framework that will underpin any future UK-EU deal, that the City’s quiet voice will be most keenly felt.

By Dr Scott James, Senior Lecturer in Political Economy, King’s College London and Lucia Quaglia, Professor of Political Science, University of York. An extended version of this article has been published as an Oxford GEG working paper.