Brexit: what are the potential impacts on the NHS? 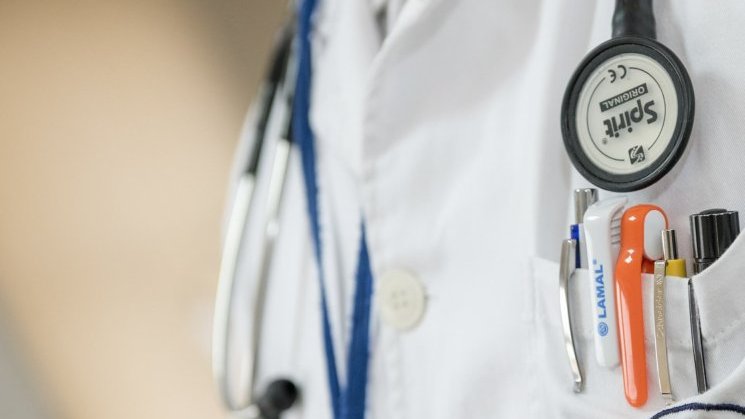 The complexity of extricating the United Kingdom from the European Union is gradually coming to light as the Brexit negotiations progress. This is also the case for the NHS, with a range of possible implications for patient healthcare and public health highlighted by an increasing number of commentators.

At this stage it is difficult to predict the level of impact, as only the terms of the withdrawal have been agreed, with negotiations on the new relationship still to come. Nevertheless, the UK Government’s line that we will leave the single market and customs union, cease free movement and leave the jurisdiction of the CJEU allows us to elaborate on a number of areas of impact for the NHS.

Traditionally, the NHS has been reliant on EU workers, with around 10 per cent of our doctors and five per cent of our nurses currently from the EU. If we combine health and social care, there are more than 160,000 EU/EEA nationals working in the sector. Many NHS trusts are struggling to fill vacancies and Brexit risks exacerbating this problem.

The UK Government has made it clear that it will want to better control, and to reduce, migration to the UK in the future, and that it will present a migration Bill to that effect.

The terms of the new UK migration policy will be of crucial importance for the NHS as, despite the Government’s commitment to increase the share of our domestically trained health workforce, we expect the NHS to still be in need to recruit internationally going forward.

The UK is currently part of the European Medicines Agency, which regulates the approval of medicines to be placed on the EU market. The UK Government’s decision to leave the single market has led to uncertainty on whether it will be possible for the UK to maintain some form of collaboration or participation in this system post-Brexit.

If this is not possible, the consequences for the NHS and for patient care could be serious, as innovative treatments could become available later in the UK than in the EU market.

Furthermore, both pharmaceutical and medical devices rely on international supply chains, meaning that throughout their life cycle, products are moved around different countries to source materials, and then for manufacturing, packaging, batch testing, sterilisation, and so on.

It is not uncommon for a ‘British’ product to have touched several other jurisdictions before reaching the market place. If post-Brexit trading agreements make it harder to move materials and products around, then supply could be affected, with the risk of shortage of some products and of increased costs for the NHS.

UK organisations are the largest beneficiary of EU health research funds in Europe, with €760 million in EU funding having supported research in the UK between 2007 and 2013. This leading success for UK organisations has been continued in Horizon 2020 (the EU research funding programme from 2014-2020), with UK organisations receiving €3.2 billion since 2014 – €420 million of which will come from the health strand of the programme. The NHS has benefitted from this funding, as well as from EU collaboration in clinical research more generally.

While the UK is due to leave the EU only in March 2019, unsurprisingly the appetite to engage UK organisations in EU-funded collaborative health projects has already declined, with our European counterparts preferring to build partnerships with colleagues in other countries for new EU projects.

In addition to the impact this will have on the development and uptake on innovation in the UK, the NHS’s ability to attract some of the best clinicians from across the world could also be jeopardised if the UK were no longer part of the EU’s research eco-system in the future.

A new infrastructure for the authorisation and monitoring of clinical trials is currently being developed by the EU and should become operational next year. It is uncertain whether the UK will have access to the EU portal and database for clinical trials post-Brexit.

If this is not the case, it will still be possible for the UK to take part in EU multi-national clinical trials, but this would require going through an extra application process.

This additional requirement, combined with the fact that a country’s attractiveness for clinical research is linked to commercial consideration around launch strategy (the UK may become less attractive as a country in which to launch new products if it is not part of the EMA network) could mean that some companies may not be motivated to pursue a trial in the UK. This would negatively affect NHS patients, reducing their opportunities to take part in clinical studies.

A number of European Reference Networks for rare and complex diseases were launched by the European Commission last year, bringing together some of the best healthcare providers across the EU/EEA to tackle medical conditions that require highly specialised treatment and a concentration of knowledge and resources.

The NHS has around 40 hospitals involved, with NHS trusts leading a quarter of these networks.

The legal basis for these networks is the European Directive on patients’ rights in cross-border healthcare, with participation dependent on membership of the EU/EEA. If the NHS was no longer allowed to take part in this flagship initiative post-Brexit, this will impact negatively on the NHS’ international profile and, most importantly, may deny some patients access to the best possible clinical knowledge and expertise for their condition.

The EU has an early warning and response system for potential public health threats, such as the Zika virus, coordinated by the European Centre for Disease Prevention and Control. This system allows EU/EEA member states to easily share information, pool resources for lab investigations and work together to develop new strategies for future threats.

If after Brexit, the UK is excluded from this important coordination system, this could lead to delays in communication around crisis management or divergence in standards and procedures between Europe and the UK, which would result in delays in action, with possible public health implications.

Despite the organisation and delivery of healthcare not being areas of EU competence, there is a lot at stake for the NHS as we prepare to leave the EU.

With that in mind, it is crucial that patients’ interests are put first in the Brexit negotiations and that decision-makers will do all they possibly can to ensure that healthcare and public health are protected from any possible unintended consequences.

By Elisabetta Zanon, director of the NHS European Office, a part of the NHS Confederation.

For another perspective on the implications of Brexit on the NHS, see this analysis by Professor Tamara Hervey and David Rowland.